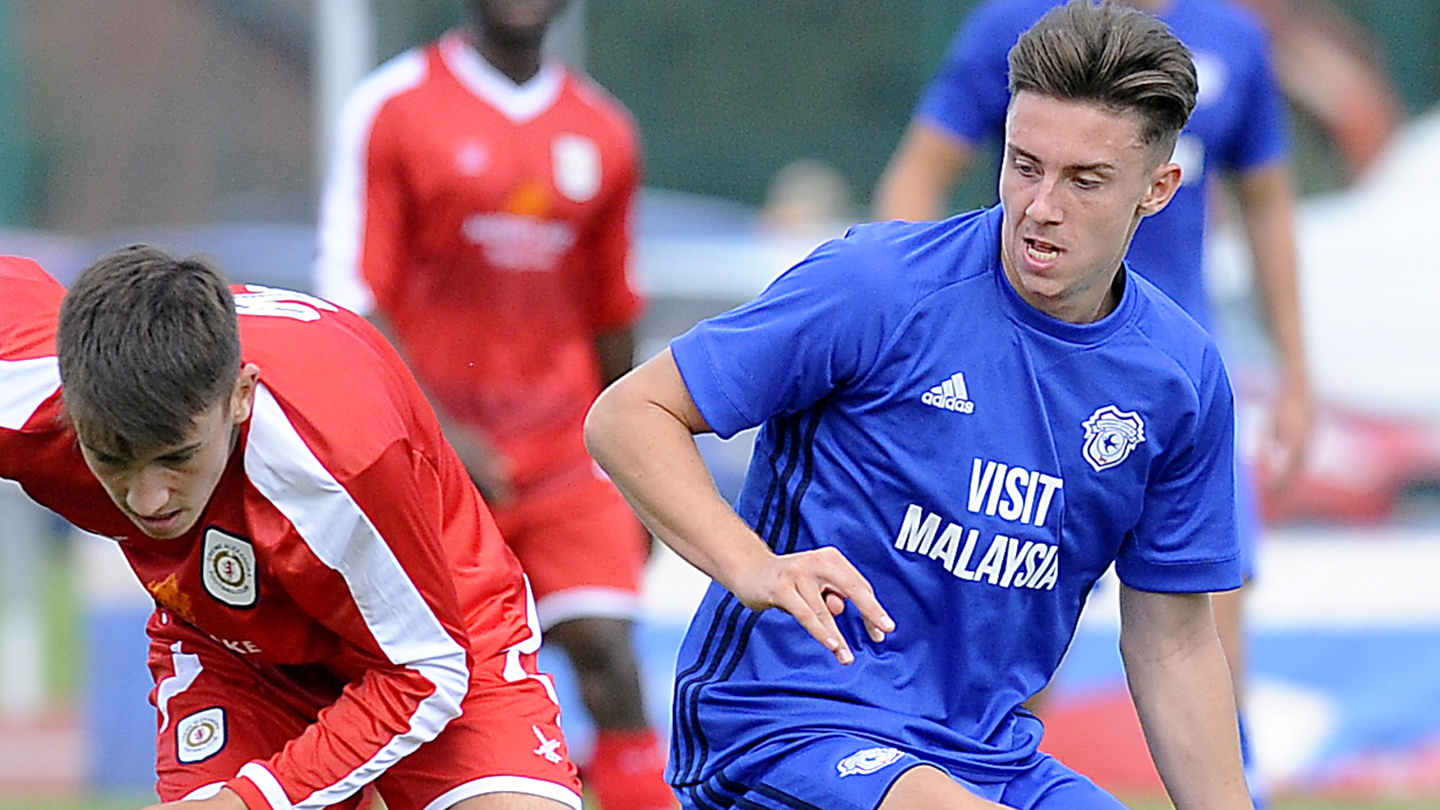 The young Bluebirds record a solid win over a strong Crewe side...

For their third game of the PDL2 South season, Cardiff City’s U23 development side took on Crewe Alexandra at Cardiff International Sports Campus on Friday, 25th August 2017.

Central midfielder Jamie Veale was named captain of the side that featured the likes of Mark Harris, Cameron Coxe and Rhys Abbruzzese.

The Bluebirds got the first chance of the game when defender Matt Makinson headed just wide of goal after a great delivery from Coxe. Cardiff City continued to show early signs of pressure with striker Harris distributing great skill going forward for Jarred Harvey’s side.

On 21 minutes the Bluebirds were unlucky not to take the lead. Harris had a volley crash against the woodwork from outside the area. Three minutes later the visitors were awarded a penalty after what seemed to be a foul just inside the box. Lewis Reilly stepped up and slotted home into the bottom left corner of Oliver Byrne’s goal.

Two minutes before half-time City were deservedly level. Welsh youth international Harris did brilliantly to set up Coxe, who finished expertly into the far corner of Will Jaaskelainen’s goal.

The Bluebirds began the second half on the front foot once again, with Harvey’s side going close inside two minutes of the restart. First half goal-scorer and recent Cardiff City debutant Coxe seeing his effort blocked.

The dangerous full-back had another chance to get his second goal of the match when his low driven shot after 53 minutes went inches wide before Attah similarly missed the target after 62 minutes.

City kept up their strong performance, dominating the second half and trying to force a deserved second goal. This finally came with five minutes remaining. Ufumwen Osawe showing his poachers capabilities to pounce after Jaaskelainen spilled a shot. The young Bluebirds picking up their first three points of the PDL2 South campaign following a strong home performance.