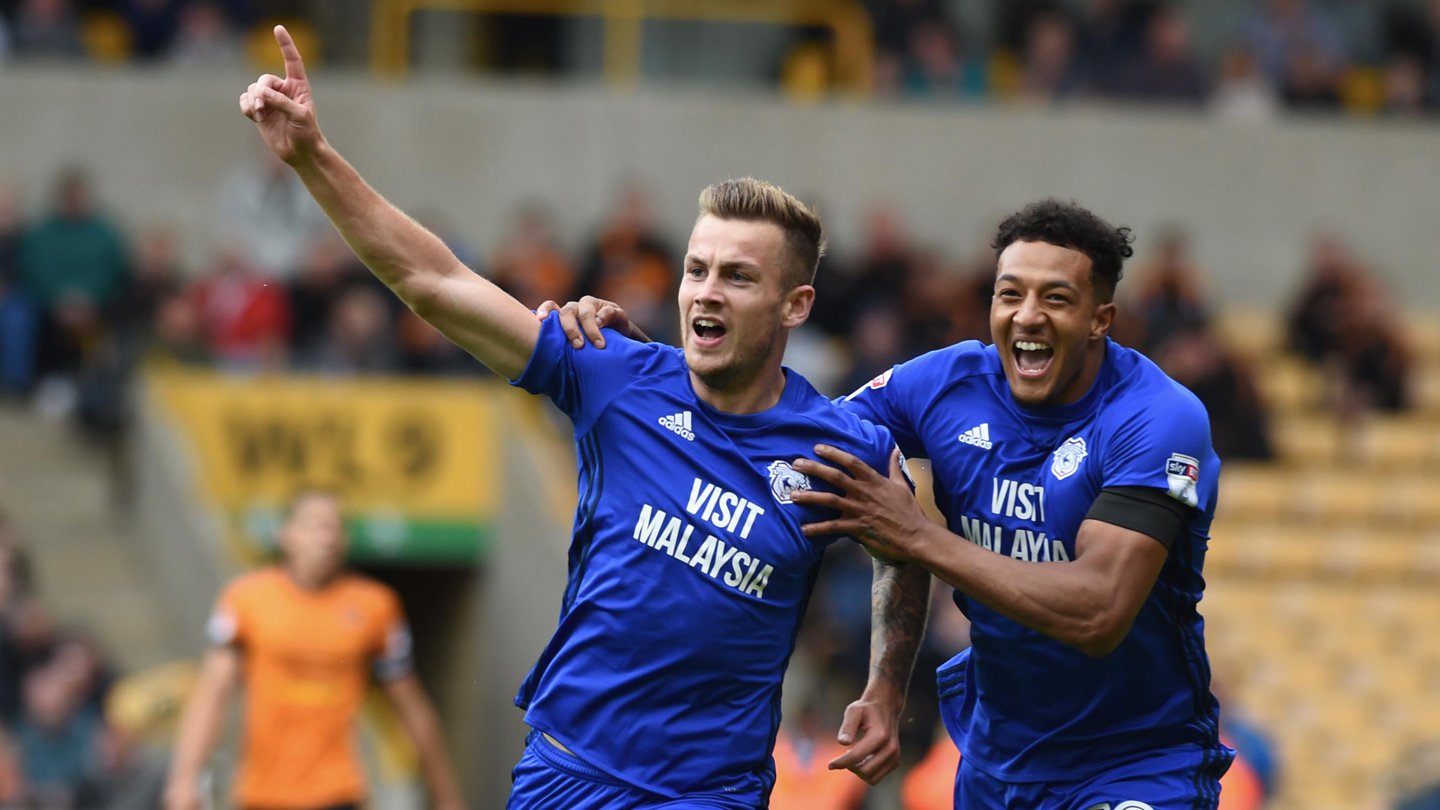 The Bluebirds & Wolves both went into this match with 100% win records in the Sky Bet Championship for 2017/18. Neil Warnock made two changes from the team that beat Sheffield United, with Lee Peltier and Loïc Damour coming into the starting eleven.

It was the away side who started strongest. Junior Hoilett denied a penalty kick after six minutes despite contact being made inside the penalty box. It was Hoilett who had the first real shot of the match on seventeen minutes - John Ruddy making a smart stop low to his right to deny the Canadian international.

The Bluebirds went even closer from the resulting corner kick. Sol Bamba powering a header over off the crossbar, much to the relief of the home side. Bamba again troubled Wolves after 22 minutes, this time heading wide from a Ralls corner kick.

Bright Enobakhare and Jota spurned chances for Nuno’s team in the first period. Kenneth Zohore’s low shot late in the half was blocked, while Jazz Richards fired over from distance.

Chances were at a premium in this top of the table clash - but the tackles flew in. Hoilett, Joe Ralls & Damour were booked for City in the first period, while Wolves’ Roman Saiss also saw yellow for a late tackle.

A competitive match that was waiting for a goal, which finally came after 54 minutes. Hoilett, who has returned from the Gold Cup with Canada in fine form, broke down the left wing before passing to Ralls inside the box. The 23-year-old central midfielder made no mistake in sweeping the ball home first time beyond Ruddy to give Neil Warnock's side the lead.

Former Norwich City goalkeeper Ruddy was required on a number of occasions to stop Cardiff from increasing their advantage. Zohore powering through the home defence on 65 & 66 minutes to test the former England shot stopper. Ruddy's expert saves proved even more important as Wolves equalised with just over 20 minutes remaining, Leo Bonatini diverting the ball home at close range following a powerful cross from Barry Douglas.

It was an end-to-end match after the second goal hit the net. The Bluebirds pushing hard to regain their advantage and maintain that 100% record in 2017/18. The crucial third goal came on 77 minutes, with a former player coming back to stun the home team.

Danish forward Zohore did excellently to hold off his marker and release the ball to Nathaniel Mendez-Laing on the right side. The former Rochdale & Wolves man took a touch to set himself before unleashing an unstoppable shot beyond Ruddy, much to the delight of the 1,500+ travelling City supporters.

Wolves came at the Bluebirds for the final moments of the match, but the back four & Neil Etheridge held strong to ensure City's superb start to the 2017/18 campaign would continue.