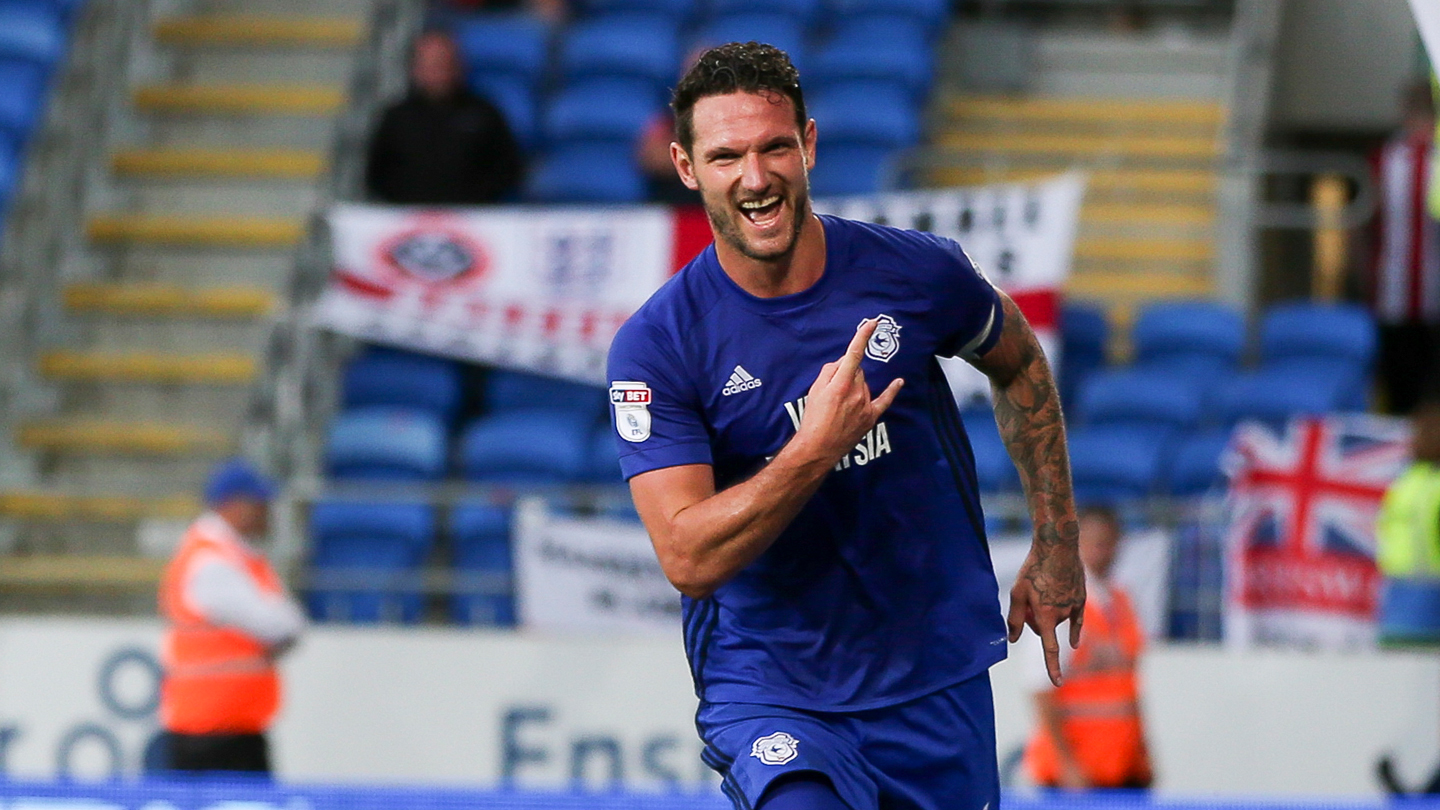 Morrison: “The Fans Were Incredible!”

After getting on the scoresheet as well as keeping another important clean sheet, Bluebirds captain Sean Morrison spoke of his delight after Tuesday’s 2-0 victory over Sheffield United.

“It’s obviously nice to score and get off the mark for the season but I’m just pleased with the clean sheet,” Sean began. “We started the second half well but I think we lost our way a bit in the middle in the last twenty minutes. But it just shows what we’ve got in the team, we kept our shape and got another clean sheet and that’s three clean sheets in the league.”

The Man of the Match was also full of praise for the Bluebirds support after they cheered the team onto a fourth consecutive victory in all competitions.

“I said it last week, you saw the fans on Saturday which were incredible and away at Burton and that just does wonders for us on the pitch.

“When you’re out there you can hear the fans right behind us. The support is massive.”

Next up, Morrison will lead out his unbeaten side when they travel to Wolverhampton Wanderers.

“It’s going to be a tough away game. It’s always hard to go to Molineux, but with the squad we’ve got and the firepower, we’ve got every chance.”