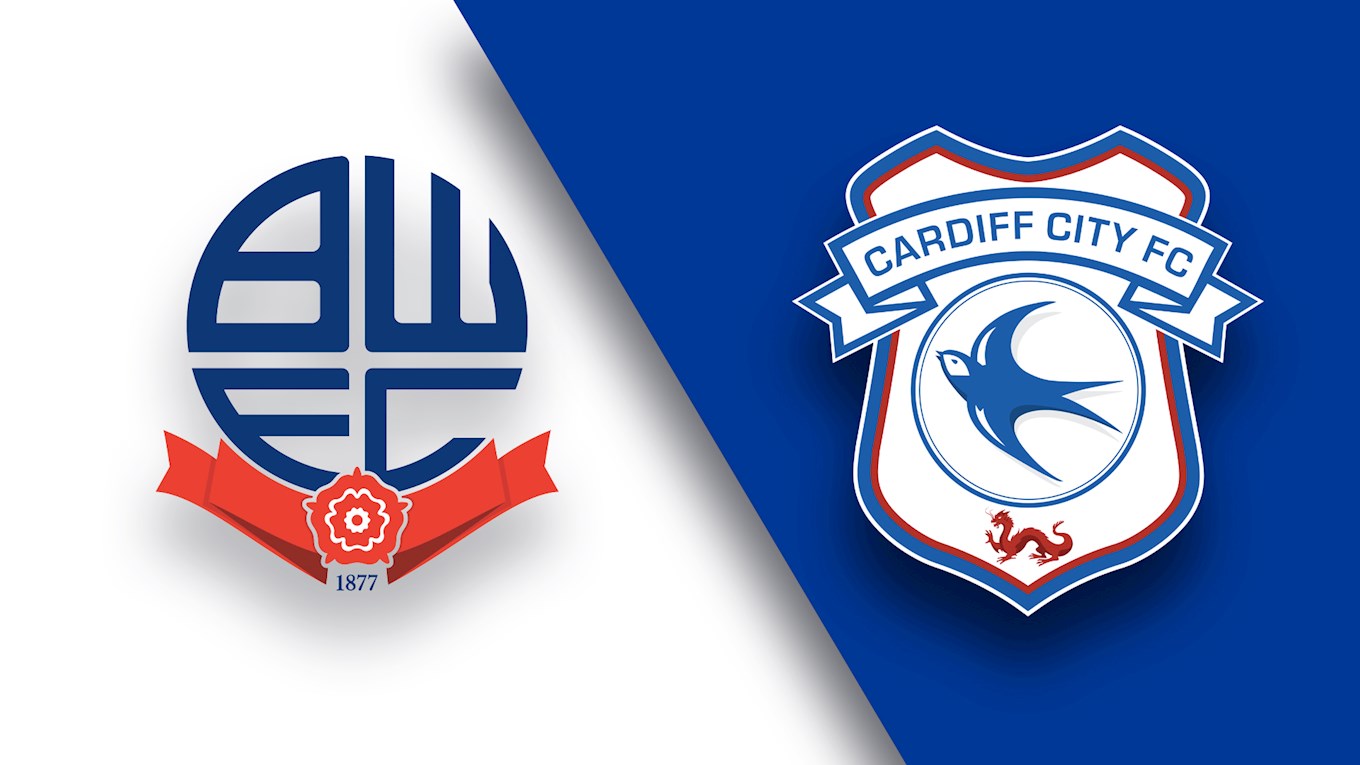 Cardiff City travel to the North West on Saturday afternoon as they take on Bolton Wanderers, looking to build on their 1-0 victory over Hull City.

The Trotters host their second match in a row, and haven’t won in their last two fixtures. Defeats away at Nottingham Forest and most recently at home to Burton Albion have seen Phil Parkinson’s side drop to 23rd in the Sky Bet Championship table.

What to expect from the Trotters…

Having seen victory in just three of their 22 matches in this campaign, Bolton have the joint least number of wins alongside fellow strugglers Sunderland. 31 points separate the Bluebirds from Saturday’s opponents, who had only lost once in seven games before their 3-2 defeat against Forest a fortnight ago.

During that seven-match run, the Trotters secured those three impressive wins over Norwich City, Barnsley and Sheffield Wednesday – seeing them move within just two points from safety.

Striker Gary Madine has been one of Bolton’s more consistent players, scoring six goals. The former Sheffield Wednesday striker has also set up his teammates on four occasions in the 23 appearances he has made in the league, and cup this season.

Filipe Morais is another who has been utilised by Phil Parkinson, having made 17 appearances thus far. The Portuguese winger has been with the Trotters since February – and was one of their standout players in their promotion success with 13 assists, the fourth highest in League One, despite having only joined midway through the season.

Parkinson started his management career in 2003, the same year he retired from playing. Taking the reins at Colchester United, the 50 year-old directed the U’s to safety – eventually finishing in mid-table.

He was also the fifth longest serving manager in English football following the conclusion of the 2015/16 with Bradford City, having been at the helm for almost five years.

However in 2016, he took over at Bolton following their relegation to League One, and managed to secure promotion back to the Championship at the first attempt.

The Bluebirds are unbeaten in their last two fixtures against Saturday’s opponents – winning 3-2 and 2-1. A sublime 80th minute volley from Anthony Pilkington was enough to defeat the Trotters in the last fixture at the Macron Stadium.

Kenneth Zohore and Peter Whittingham were the saviours for City in the mast meeting at CCS, with Whitts scoring a 90th minute penalty to complete the comeback after Zach Clough had given Bolton an early lead.

The Trotters currently have five ex-Bluebirds in their current squad. Andrew Taylor, Adam le Fondre, Craig Noone, Sammy Ameobi and Mark Howard are all on the books at the Lancashire club and have made a combined 66 appearances.

Other players to play for both clubs include club legend Kevin McNaughton, Joe Mason, Liam Feeney and Danny Ward.