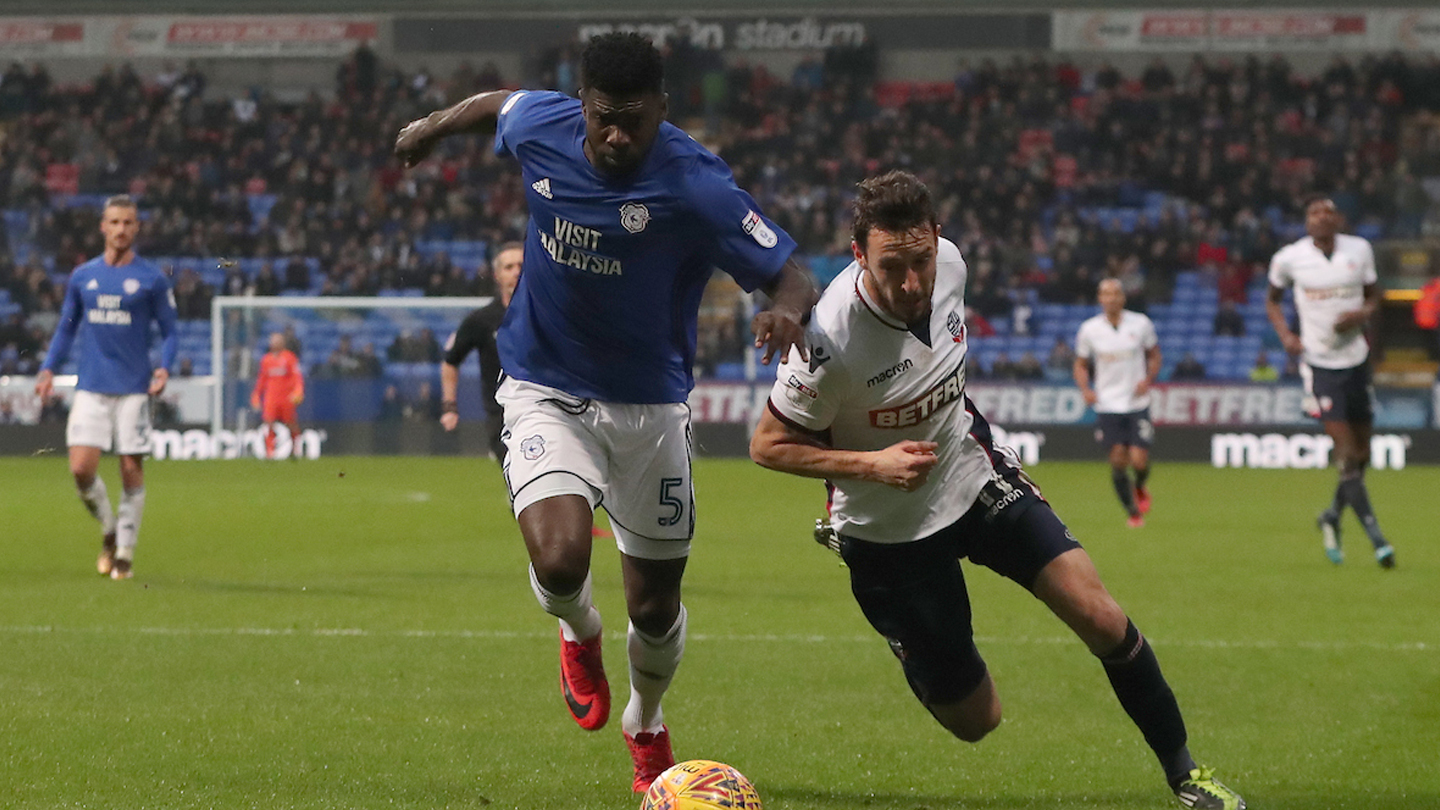 The Bluebirds suffered their first defeat in seven Sky Bet Championship games, at the Macron Stadium. Gary Madine and Josh Vela on the scoresheet for Bolton Wanderers on a tough afternoon for Neil Warnock's side.

It was a tentative start from both teams with only long shots threatening to test Neil Etheridge and Ben Alnwick in-between the nets during the opening twenty minutes. Former City loanee Sammy Ameobi and Mark Little tried their luck only to both fire wide while Joe Ralls’ shot after fifteen minutes looked destined for the goal, only for a last ditch touch from a Bolton defender to deny the in-form midfielder.

The main talking point of the first half came after 28 minutes when Junior Hoilett slotted in at close range following a melee in the penalty area. The Bluebirds began celebrating this effort but after taking time to consider, the assistant referee raised his flag for offside. A tight decision that impacted on the match.

Few chances followed in the opening period following this incident with the battle in midfield dominating the match.

The second half began with the Bluebirds on the front foot. Efforts from Holiett & Nathaniel Mendez-Laing were denied by defensive blocks after the restart while Sol Bamba did superbly to throw himself in front of a powerful effort from David Wheater after 64 minutes.

A huge positive for the injury-ravaged Bluebirds came on 66 minutes as Kenneth Zohore made his return to first team action after two-and-a-half months out.

Refereeing decisions dominated this tough game - and Darren Bond made a crucial call on 74 minutes, penalising Bamba for handball inside the penalty box. Bolton forward Gary Madine made no mistake from the spot, firing beyond Etheridge to give his side the lead.

Despite their efforts to find an equaliser, City were caught out and conceded a second goal with two minutes remaining. A quick counter from the hosts allowed Josh Vela to sweep in unopposed to secure the win for Bolton Wanderers.