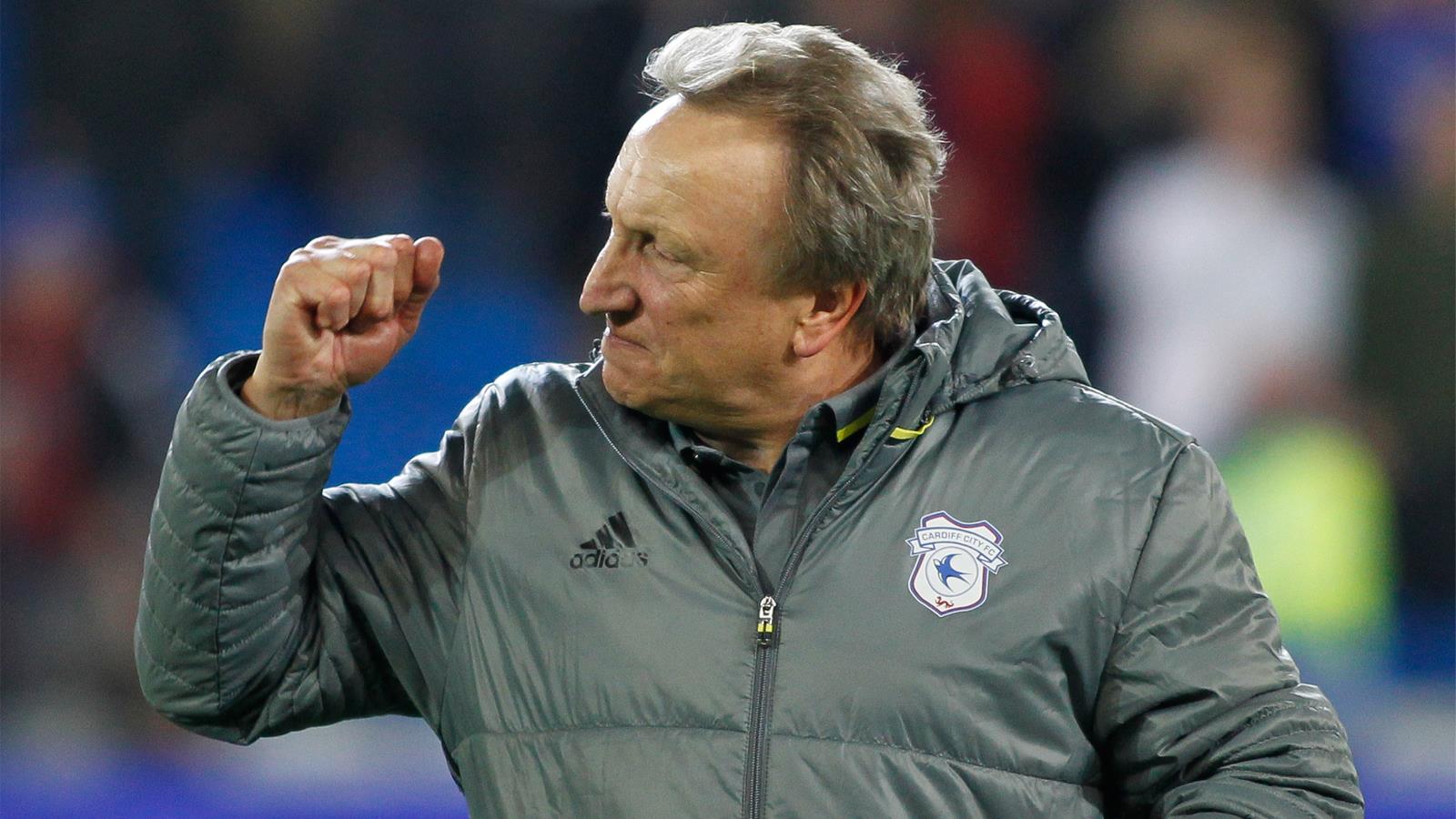 WARNOCK: "IT'S BEEN A FABULOUS WEEK"

Following an emphatic 5-0 win against Rotherham United, Cardiff City manager Neil Warnock gave his views on an impressive performance to the media and press at CCS.

"I asked the lads to be professional," Neil began. "I was glad to see the second goal go in before half-time, and even happier to see the third, because I knew that was the killer.

"I wanted us to step up a gear in the second half, and I thought we responded, we were a lot better as a team. We didn't really give them a look in.

"It's difficult for Rotherham. With it being my old club, and the situation they're in, I know how difficult it is. I wish them well."

A superb second-half display sealed the win for City, with Warnock keen to praise the performance of Kenneth Zohore, who netted a stunning brace.

"When Kenneth listens to what I say, he's a threat. He's getting better, and he can be even better with a pre-season.

"He's working really hard, looking at the stats and things like that. His goals were quality, the same as Kadeem.

"They're getting opportunities, but I did like the chip from Kenneth if I had to pick a favourite.

"I do enjoy making players believe in themselves. We haven't signed many players, and I think we can compete with everybody, which gives me enormous pleasure.

"The belief that they have in themselves now is the most important thing. They've stepped up a gear, and are gradually getting better."

The Bluebirds were forced into an early change at CCS when forward Rhys Healey was stretchered off.

“Even with the result, Rhys' injury soured things," Neil admitted. “He's done so well for us, given us a new lease of life with that goal against Burton and winning the penalty the other night and it's so disappointing to see him miss out with a nothing injury because his studs got caught in the turf.

“He's gone for another scan. We'll know for sure next week. It's disappointing to say the least.”

To conclude, the gaffer commented on the brilliant recent form the team has enjoyed of late, before turning his attention to next week's fixture against Fulham.

"It's been a fabulous week, when you look at the quality of teams we've played against. I think you saw from the fans on Saturday that they're enjoying themselves, especially those who came on the two long away trips.

"This win was the icing on the cake. I'd have settled for a horrible game and a 1-0 win, to be honest."

"It's onwards and upwards. We've got Fulham next week. We've got a full week off to rest, and I'm looking forward to it. I'm sure we'll give them a good game, and the crowd will turn out next Saturday."