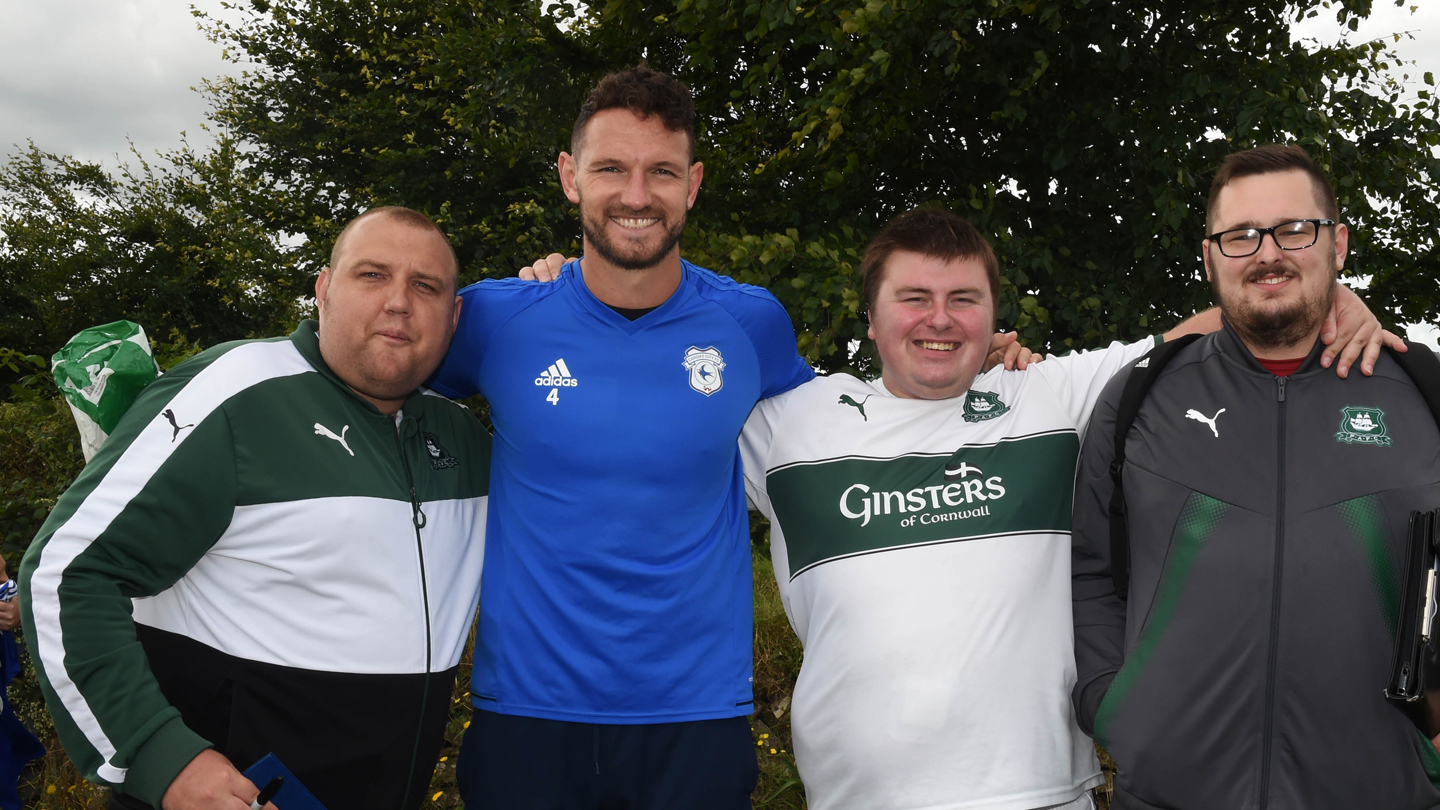 The Bluebirds have enjoyed a strong week of pre-season training on the coast, with damp weather unable to quell the positivity in the camp at this moment.

Tickets are still available for this match. cash only, from the Pro Vision North Stand. There will be no price increase. Please note though that there are no cash points within the vacinity of Home Park. Ticket Prices - Adult: £10 | Seniors (Over 65) & 18-21: £8 | Juniors U18: £1

Immediately after signing his new contract at Cardiff City, captain Sean Morrison spoke with iFollow Cardiff City. The Plymouth-born centre back enjoyed a spell with the Pilgrims during his youth career, and confirmed his excitement about returning home for this fixture.

“I haven’t been back to Plymouth for a match in a long time. It’ll be nice to get back on the pitch at Home Park and play in front of my friends and family.”

Another player who the Argyle support are sure to give a warm welcome is Scottish winger Matthew Kennedy, who spent the second half of the 2016/17 campaign on loan at Home Park, appearing in 17 games as Argyle secured promotion to Sky Bet League One.

Arguably the biggest link between Cardiff City and Friday’s opponents though is Bluebirds boss, Neil Warnock. In his first season as manager of Plymouth Argyle (1995/96), Warnock took the Pilgrims to promotion via the play-offs.

Other players to have represented both teams include Craig Noone, Joe Mason, Chris Barker, Tony Capaldi, Simon Walton, Steve MacLean & Darren Purse among others.