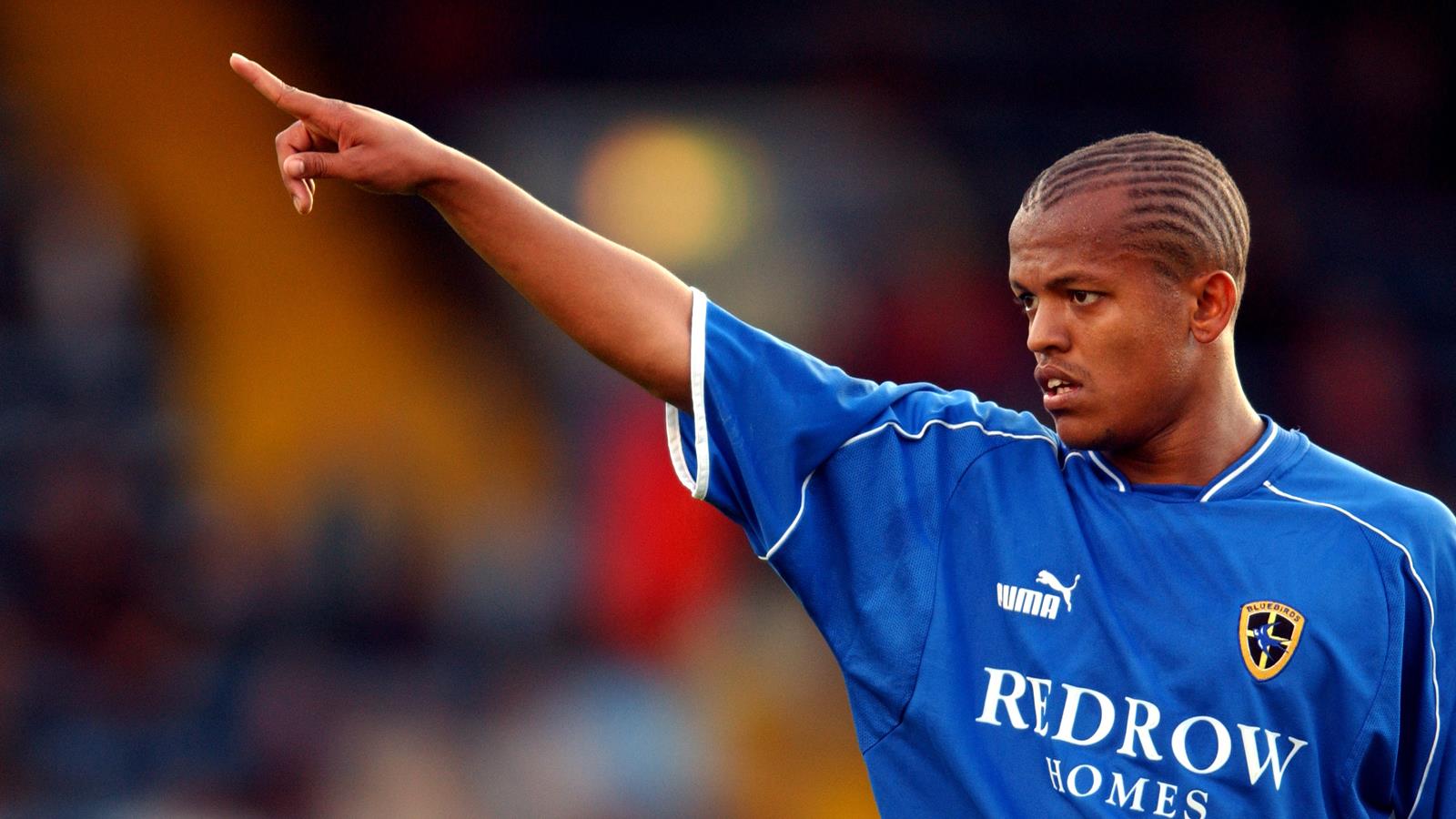 EARNIE FLIES IN FOR NAUGHTS!

Bluebirds icon Robert Earnshaw is flying in from North America to take part in what he describes as ‘a special day for the Bluebirds’.

‘Earnie’, one of a select group of players to have scored more than a hundred goals for Cardiff City, is returning from Vancouver to play in Kevin McNaughton’s Benefit Match. He is among a number of club legends who will be back at Cardiff City Stadium, including Andy Legg and Craig Conway.

‘Earnie’ was known for his extravagant goal celebrations, which started with his somersault and developed through imitating a singer, matador, gold-digger, juggler and more!

And he’s pledged to come up with something special for the McNaughton’s match, saying: “I’d love to work on a celebration with Kevin in case either of them score.

“Okay, if Kevin gets one it will be a miracle because I can’t remember him scoring in training, let alone a match. But we’ll do our best to make sure he does get one - and we’ll have a celebration routine ready.”

Scottish international McNaughton, who now plays for Scottish Premiership side Inverness Caledonian Thistle, did net two goals for Cardiff City - one in the League and another in the FA Cup - but Earnshaw was not involved in either match.

“Kevin was a great team-mate and a fantastic guy to have in and around the dressing room,” says Earnshaw. “He gave everything he had whether it was a training session or a match. He is always committed to do his best at whatever he is trying to achieve, but the best thing I can say about him is that he is a great person.

“Kevin always had time for other people. He loved Bluebirds fans and they loved him. He always had a great rapport with the supporters; they took to him because he always gave a hundred per cent for the Club.”

Earnshaw, the only player to have scored hat-tricks in the Premier League, all three Football League divisions, FA Cup, League Cup and international football, has been Head Coach for the Vancouver Whitecaps under-15 team since retiring from playing a year ago.

But he is looking forward to playing at Cardiff City Stadium again, saying: “It’s Kevin’s day, of course, but it’s also a big Cardiff City day.

“The two go hand-in-hand. There are plenty of players coming back to join Kevin and the supporters will love to see them all again.

“On a personal note, I am going to enjoy the occasion. It’s been a while since I was back at the club and I didn’t really have a chance to say goodbye to the fans after either of my two spells.

“The energy of Cardiff City fans has always been special and I can’t wait to be out there playing in front of them again.”