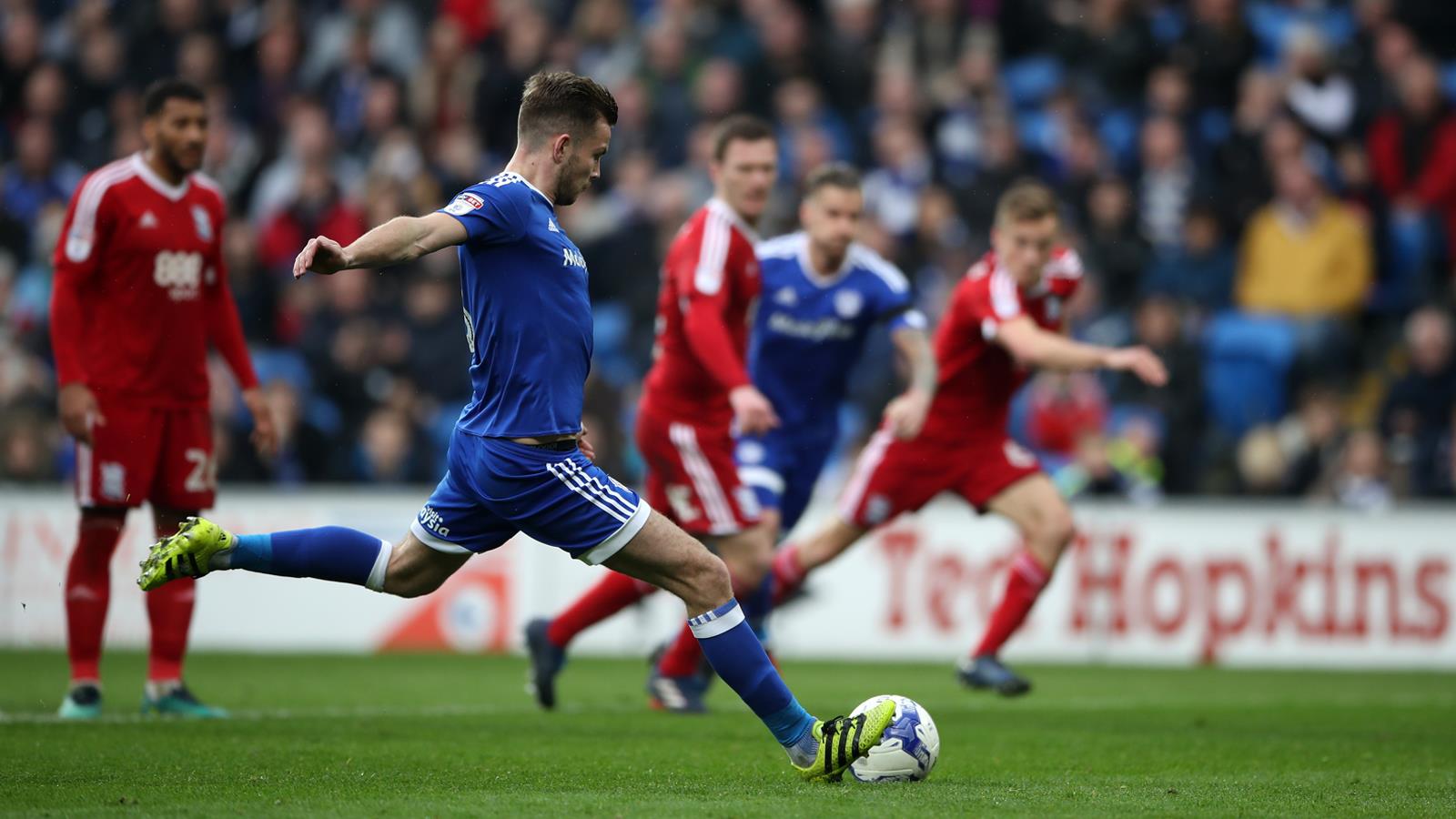 Neil Warnock’s men were out of the blocks quickly in front of 20,334 fans at CCS. City won an early corner, before defender Sol Bamba fired an effort over the bar. Bamba was soon heavily involved at the other end when he produced a stunning tackle to dispossess Lukas Jutkiewicz when the striker was through on goal.

Cardiff were back on the offensive just after the ten-minute mark, Joe Ralls drove towards the opposition box before unleashing a venomous effort that flew just wide of ‘keeper Tomasz Kuszczak’s right hand post. Minutes later the Bluebirds went even closer, with both Greg Halford and Bamba seeing efforts blocked from a Ralls corner.

The visitors were still creating chances of their own, however, and this time it was captain Sean Morrison’s turn to deny Jutkiewicz with a tremendous last gasp challenge. Halfway through the first period, Junior Hoilett was brought down for the Bluebirds just outside the opposition area. Anthony Pilkington struck the resulting free kick powerfully but saw the effort just skim the top of the net.

With the first half drawing to a close the Bluebirds had more chances to take the lead. First Joe Bennett stung the palms of Kuszczak with a long range effort, before Morrison headed a Hoilett free kick agonisingly wide of the post.

The Bluebirds began the second half with a similar intensity and Kenneth Zohore won a corner off Emilio Nsue in the opening minutes. Hoilett swung in the delivery from the left towards the head of Morrison, but as the skipper attempted to direct it goalwards he was hauled down by Birmingham’s Ryan Shotton. The referee had no hesitation in pointing to the spot, giving Ralls the chance to put Cardiff in front. The midfielder fired his penalty low to the ‘keeper’s right; Kuszczak got a hand to it but could prevent the ball nestling in the back of the net.

The home side were seizing control of the game after taking the lead and playing some nice football around the Birmingham penalty area. With twenty minutes of the second half played, some lovely interplay between Pilkington and substitute Peter Whittingham gave Pilks the chance to strike at goal, but his attempt flew over the cross bar.

The Bluebirds came close to a second just after the seventy-minute mark, when the in-form Zohore picked up the ball on the edge of the area. The striker fashioned himself an opening before curling an effort that was well held by Kuszczak. Despite Cardiff’s dominance, the visitors were still looking dangerous on the counter attack. Richards did brilliantly to break up a fast-flowing counter attack after Bennett had lost the ball in the Birmingham half.

Moments later, Birmingham broke forward again but Richards was once more to alleve the danger for Cardiff, drawing a foul from substitute Che Adams who had charged into the penalty area. The game was continuing to be an end-to-end affair when Zohore fired a long range effort that very nearly caught out the ‘keeper. The Blues were still pushing however and won a free kick when Bamba brought down Jutkiewicz. Craig Gardner stepped up with a powerful effort that was spilled by McGregor, but the Cardiff ‘keeper was able to recover and push the ball to safety.

The Bluebirds were forced deeper as the visitors searched for an equaliser. With under two minutes of normal time remaining, Adams crossed from the left for Birmingham and the delivery was met by Jutkiewicz. His initial header was well saved by McGregor but the ‘keeper could do nothing about the striker bundling the rebound in from close range to level the contest. The home side pushed to regain the lead in the dying seconds, however City were unable to fashion a decisive chance and were forced to settle for a point.