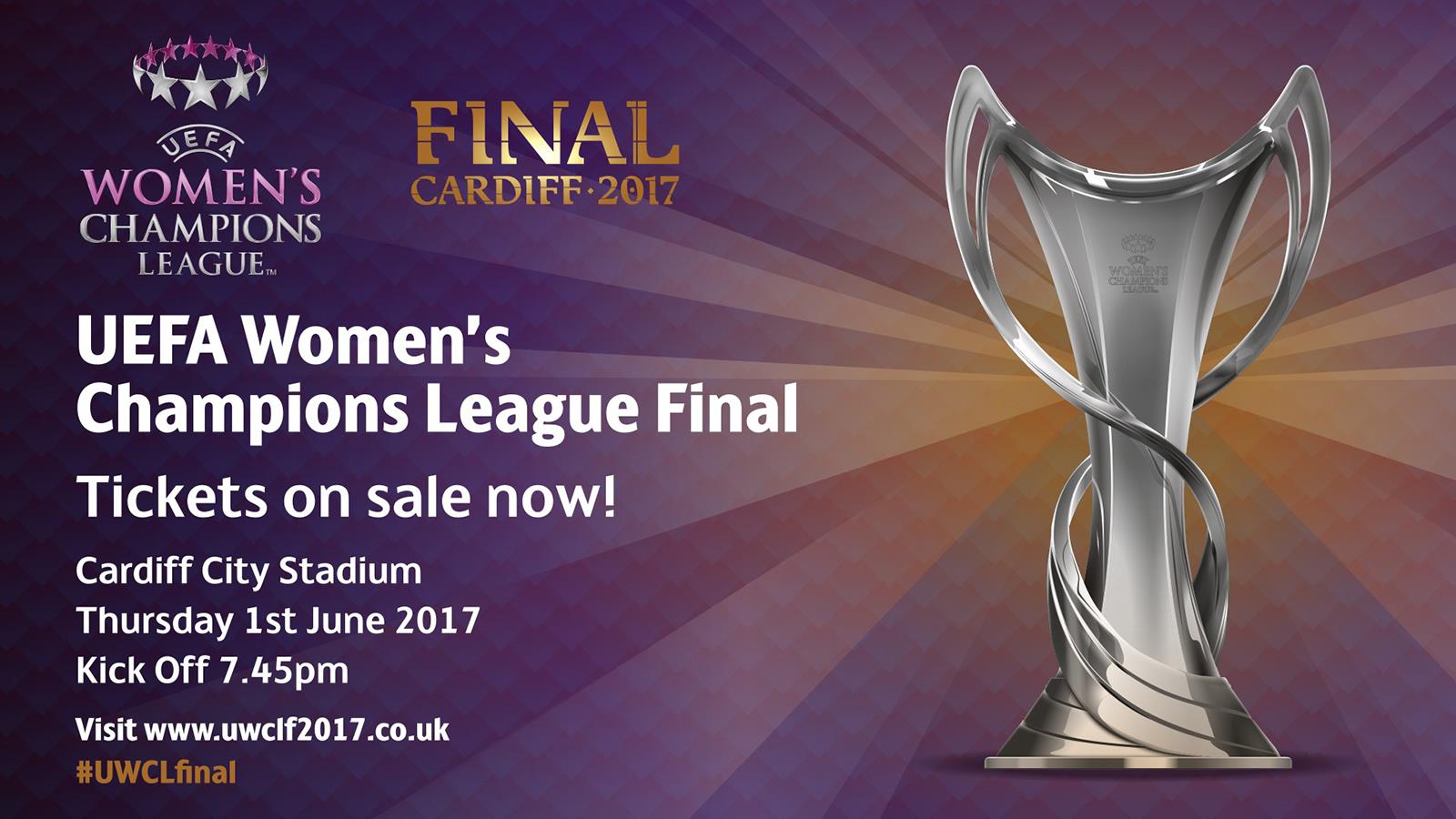 The Biggest Match in Women’s Club Football is coming to Cardiff City Stadium...

On Thursday 1st June 2017, the top two teams in Europe will be welcomed to Cardiff City Stadium, for the biggest match in Women’s club football - the UEFA Women’s Champions League Final.
A four-day festival of football comes to Cardiff this summer, with the Women’s final kicking off on the Thursday night - two days before the men’s final at the National Stadium of Wales on Saturday 3rd.
And with the UWCL season currently at the Quarter Final stage, there are some big teams still in the running including Barcelona, PSG, Bayern Munich, Manchester City and both 2016 Finalists, Wolfsburg and Lyon.
You may have noticed the five meter high UEFA Women’s Champions League Star Ball installation appear outside the stadium this week, announcing the countdown to what will no doubt prove to be an incredible match, and a fantastic atmosphere.
Chair of the UEFA Women's Football Committee, Karen Espelund, spoke of the exceptional quality of football set to be on display at the UWCL final when she recently visited Cardiff to mark the '100 Days to Go' milestone.
She said: “All those that attend will see the absolute best teams in Europe and I think many will be surprised by the quality on display.
“The event will bring an incredible atmosphere to the city and a match that people rarely get the opportunity to see live.”
The match will be televised globally, with a TV audience of around 5 million. For those in the stadium, it will be a UEFA Final in the truest sense, with pre-match entertainment and the type of ceremony now synonymous with UEFA finals.
With tickets priced at just £6 for adults, £3 for concessions and an additional group booking discount, the UWCL Final is expected to attract a large family audience from all over Wales, Europe, and further afield.
Tickets are now on sale. CLICK HERE TO BUY