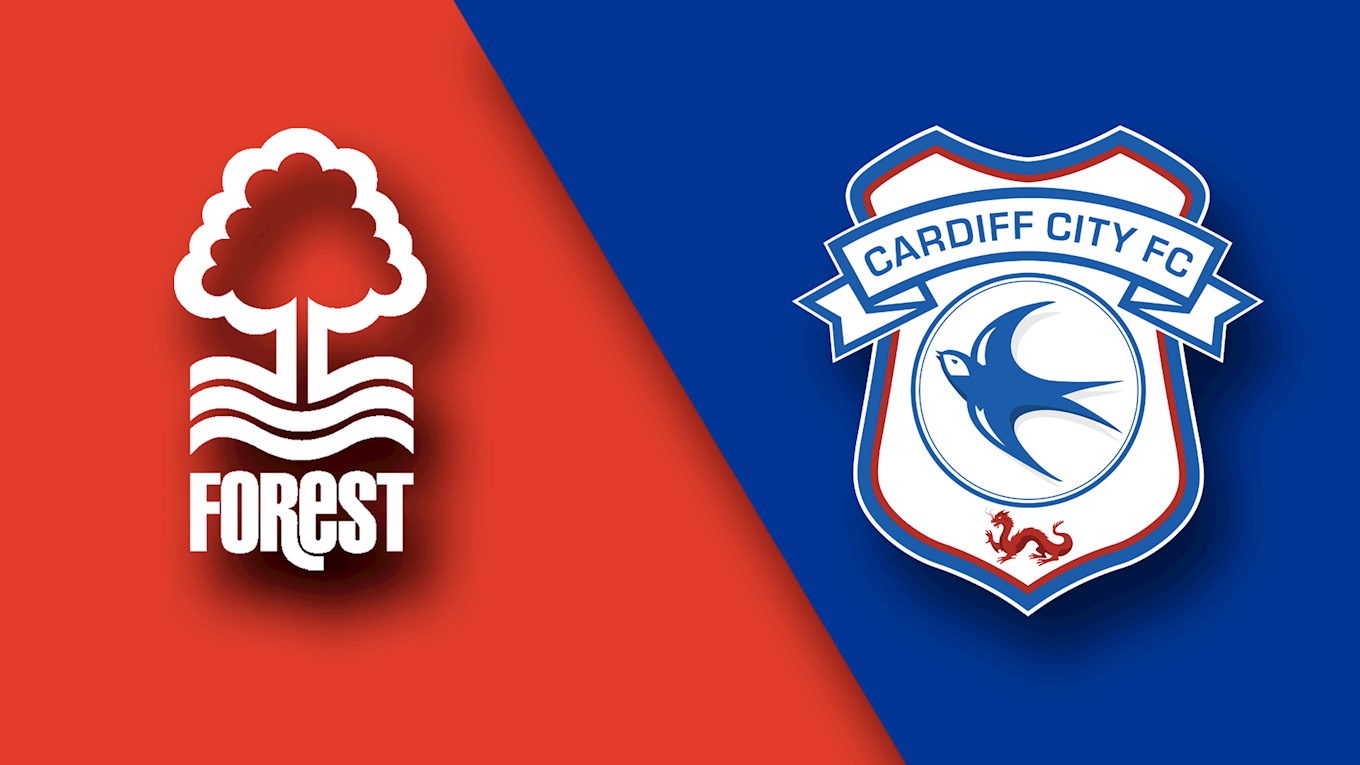 Cardiff City are on the road again as they head to the City Ground following Tuesday evening’s 1-0 win over Barnsley.

Mark Warburton’s side are at home for a second match in a row after they defeated Norwich City at the City Ground by the same scoreline, seeing them rise to seventh in the Sky Bet Championship table.

What to expect from Forest…

The Reds have been in decent form so far this season, winning exactly half of their fixtures – 9 from 18 – whilst also having not drawn a single match. They currently sit 10 points behind the Bluebirds, and are just two points off the play-off places.

That win over Norwich is one of Forest’s more impressive results, along with victories over the likes of Hull City and Sheffield United. Warburton’s side also hasn’t conceded a goal at home since 30th September, in the 2-1 win over the Blades.

Attacking midfielder Kieran Dowell has been in fine form for Forest since his loan move from Everton in the summer, scoring six goals in 16 appearances. That puts the 20 year-old second in their goal-scoring charts, behind striker Daryl Murphy.

Murphy is currently on seven goals since he joined from Newcastle United in the summer. Known for his aerial threat, the 34 year-old has scored two more goals for Forest than he did in the same amount of appearances he made for the Magpies.

This is Warburton’s third managerial job, having first started out with Watford's academy. The 55 year-old was named Brentford manager in December 2013, and guided them to automatic promotion at the end of the 2013/14 season.

He then moved up to Scotland to manage Rangers, and led them to a League and Cup double, winning the Scottish Championship and Scottish Challenge Cup in the same season.

Warburton was appointed Forest boss in March 2017, and is looking to improve on their 21st place at the end of a difficult campaign last year.

The Bluebirds are currently unbeaten in the previous seven encounters between the two sides. The last fixture saw Neil Warnock’s men secure a 1-0 win at CCS, thanks to a wonder goal from midfielder Aron Gunnarsson.

The last meeting at the City Ground also ended in a Cardiff victory, as Neil Warnock’s third game in-charge of the Bluebirds saw them run out 2-1 winners with goals from Joe Ralls and Gunnarsson once again.

Two Cardiff City Academy graduates have also worn the shirt of Sunday’s opponents. Aaron Ramsey appeared on five occasions for Forest while on-loan from Arsenal, before re-joining City on a loan deal later on that season.

Chris Gunter has also sported the red and white of Forest, making 133 appearances for them, as well as eight appearances as part of a loan spell from Tottenham Hotspur in 2009.

Other players to play for both clubs include City players Greg Halford and Lee Petlier, along with icons of the past, Robert Earnshaw and Chris Burke.