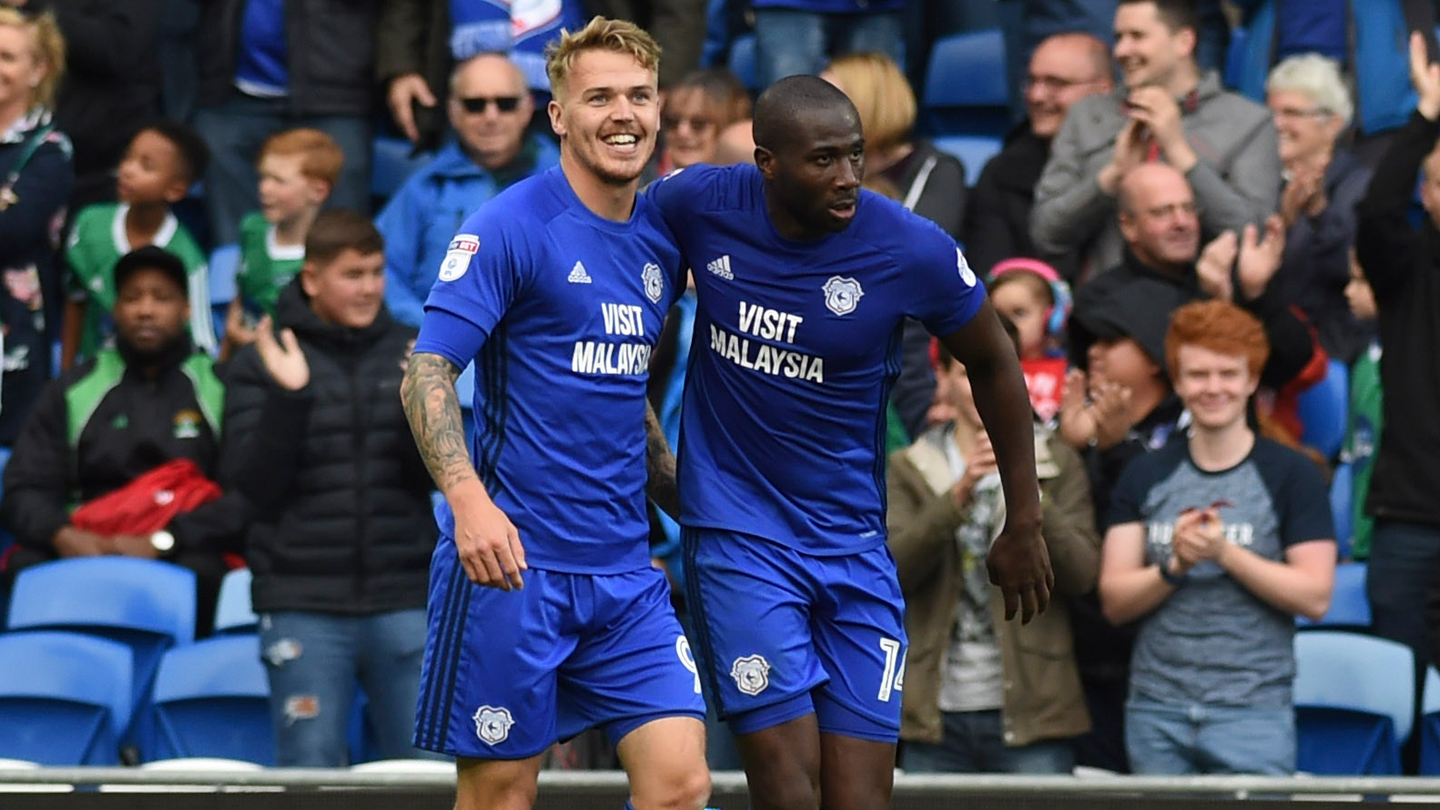 Ward: "There is no better feeling than going out and winning games"

Striker Danny Ward spoke to the assembled press and media following the 2-0 home win over Brentford.

The Bluebirds remain unbeaten in the league at Cardiff City Stadium in 2017/18.

“It’s always nice to get on the score sheet. Obviously the main objective is to get the three points,” Danny began. “Overall it was a great team performance and that’s what we need to keep getting the results.

"For us to bounce back and get a goal straight after 'that miss' was massive for us and I thought we did really well after that.

“Quite a few times we’ve had to make big changes but nothing has changed, we’ve still gone out and won games because we’ve got such a strong squad. Having the competition is good for us.

“There’s no better feeling than going out and winning games week in, week out. You can’t beat it. We’ve got a good side, with good spirit and the manager as well so it’s a different world."

The Bradford-born forward has netted three league goals since joining from Rotherham United in the summer - and is enjoying his time at Cardiff City Stadium under the tutelage of a familiar manager.

“The lads are brilliant, I knew a few of them before I came down so I settled in straight away which makes everything easier. Working for the Gaffer is the same because I knew how he worked before, and that’s the same with Kevin Blackwell and Ronnie Jepson so it’s been good.

“I’ve got to keep it going because if I stop working hard and working for the team then Ken (Kenneth Zohore) or Omar (Bogle) can come straight back in so I need to keep my work rate up.

“Every time time I go out to play I want to impress and do my job and scoring goals is my main aim, so it’s nice to get the chance to do that and now I’ve just got to try and keep my shirt."