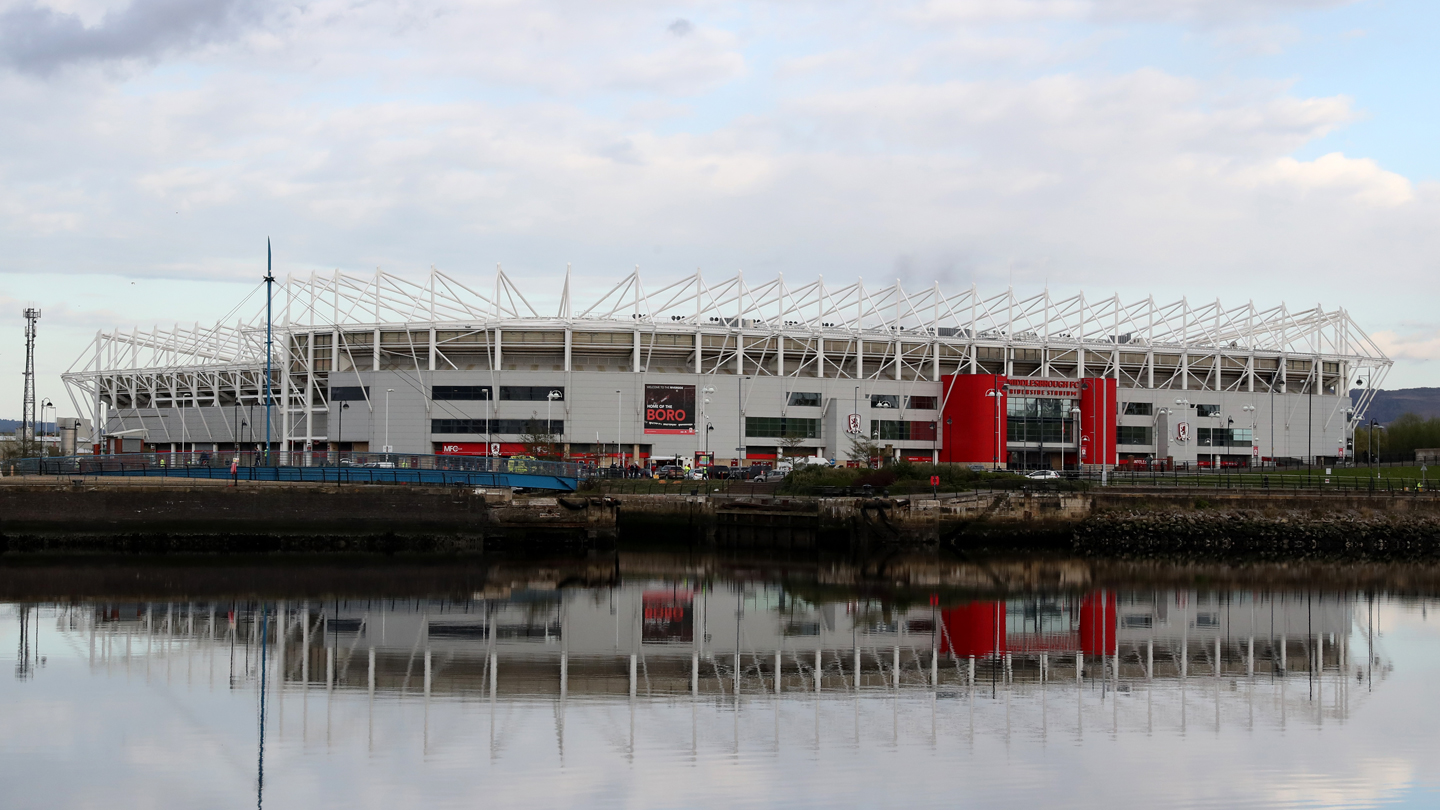 The Bluebirds head to the Riverside this Saturday for the first time since 2015-16, following Boro’s solitary season in the Premier League. Located in Teesside, the car journey from Cardiff City Stadium to Middlesbrough’s ground takes between five and six hours via the M5, M42, M1 and A19. Matchday parking at the stadium is only available to Permit Holders, although permits can be purchased by away fans by contacting 0844 499 1234.

Supporters travelling by train should alight at Middlesbrough Railway Station, located on Albert Road. From the station supporters should follow Bridge Street East, passing the Hudson Quay development before reaching the stadium – this walk should take between 10 and 15 minutes. Alternatively, there are a number of buses that stop in North Ormesby, a short distance from the ground.

The Riverside Stadium has a capacity of 34,000; the fifth largest venue in the division. The ground was opened in 1995, replacing Boro’s former home, Ayresome Park. Away fans are situated in the East Stand, towards the South-East Corner. The maximum capacity for this section is around 3,000. The East Stand underwent improvement and renovation work last summer ahead of Middlesbrough’s Premier League return, including the installation of television studios and a big screen.

Bluebirds fans will be competing with the so called Red Faction, also situated in the East Stand. This noisy band of Boro fans enhance the atmosphere for the full ninety minutes, with a range of instruments, flags and banners. The official matchday programme ‘#UTB’ can be purchased inside or outside of the stadium, priced at £3. Please note there are no cash points inside the stadium, although the Riverside does accept card and contactless payment.

The usual selection of match-day food is on offer from the five away end concourses, including burgers, pies, pizzas – and a ‘local delicacy’ called a parmo (a breaded chicken escallop topped with creamy béchamel sauce and a portion of cheese.) Hot and cold drinks, including John Smith’s and Bulmer’s, are served at the concourse and also at a ‘super-efficient’ Bottoms Up Beer unit, for those fans who fancy a fast-poured pint of Fosters.

Most of the pubs and eating outlets are closer to the City Centre than the Stadium, with a number of fan-friendly options. One such popular recommendation is Doctor Browns, about ten minutes away from the stadium. The pub has a large selection of beers and ales, shows live Sky Sports and enjoys a friendly mix of both home and away fans.

There is plenty of variety when it comes to a restaurant meal in Middlesbrough, with the Mediterranean Meze Lounge and the Charcuterie Restaurant and Bar the Curing House offering a number of delicacies, including both vegetarian and gluten free options.

Alternatively, for those who need some ‘pub-grub’ after a long train journey, look no further than the Traveller’s Rest Café just outside of the Train Station. This quirky café offers a range of lunchtime snacks including paninis, coffee and cakes, as well as traditional hearty fry-up.

In similar style to our neighbours in Newport, Middlesbrough is home to the Tees Transporter Bridge – the only other functional transporter bridge in the UK. For our thrill-seeking supporters, book online now for the unique opportunity to bungee jump from the Bridge!

If you are making a weekend of the trip up North, be sure to check out the stunning sights of the North Yorkshire countryside from the Roseberry Topping. Located on the edge of the North York Moors National Park, this really is a treasured Teesside tourist attraction. Alternatively, check out the Captain Cook Memorial Museum in Whitby to learn more about the famous explorer of Australia and New Zealand.