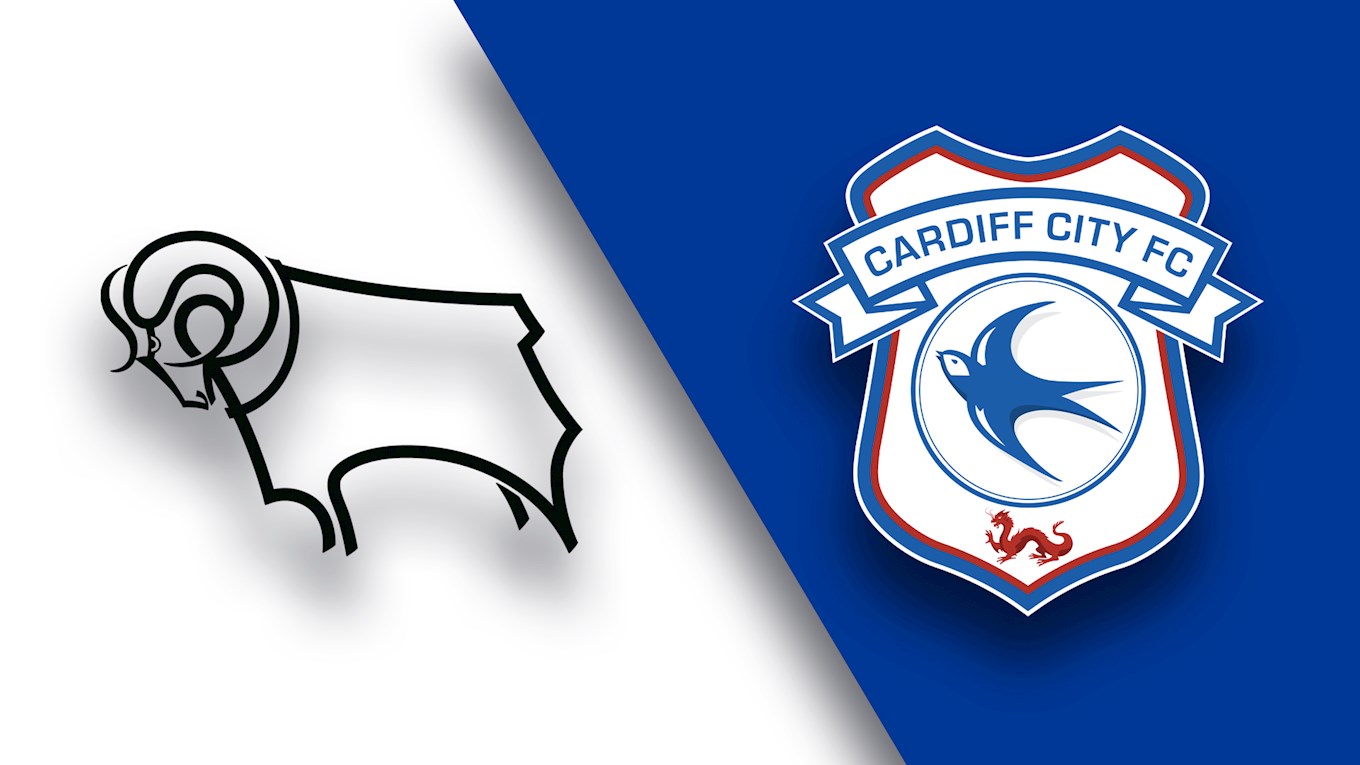 Cardiff City travel to Pride Park and are in front of the Sky Sports cameras for their penultimate away fixture as they look to build on their superb 2-1 win over Nottingham Forest.

Derby County host their second contest in a row following their 2-1 defeat against Middlesbrough on Saturday afternoon - their third straight defeat - seeing them remain a point off the play-off places.

What to expect from the Rams…

Derby currently occupy seventh position in the table, 18 points behind the Bluebirds going into Tuesday’s fixture.

They have 18 wins to their name this season, including over the likes of Brentford, Aston Villa and most recently, Preston North End. However, three consecutive defeats against Wolverhampton Wanderers, Burton Albion and Boro have seen the Rams drop out of the play-off spots in recent weeks.

Striker Matěj Vydra has been one of Derby’s standout players in the current campaign, scoring 20 goals in all competitions. The Czech Republic international’s latest strike came in Derby’s 3-0 win over Bolton Wanderers at the beginning of April, seeing him currently three games without a goal.

Former Bluebird loanee Tom Lawrence has also been an important figure for the Rams since his move from Leicester City in the summer. The Welshman tops the assist charts for his club, setting up his teammates on seven occasions and netting five times himself.

Derby is Gary Rowett’s third job since his managerial career began in 2012. Starting out at Burton Albion, the 44 year-old began as an assistant manager before being made permanent boss in May of that year.

The former defender then took the reins of another of his former sides - Birmingham City – and guided them to safety in his first season at St Andrews.

Three months after he was let go by Blues, Rowett was appointed Derby manager in March last year and directed them to a ninth place finish in 2016/17.

The last meeting between the two sides ended in a 0-0 draw at Cardiff City Stadium in September, the first goalless encounter since 1982.

Meanwhile, in our April 2016 meeting in the Welsh capital a then CCS Club record attendace of 28,680 saw City win 2-1, thanks to goals from Bruno Ecuele Manga and Stuart O'Keefe.

On our last visit to Pride Park, a final-minute Joe Ralls penalty combined with a Kadeem Harris brace and a Craig Noone stunner saw City complete a superb comeback to win 4-3.

Craig Bryson is currently on loan from Tuesday’s opponents, and won’t be available for selection at Pride Park.

Peter Whittingham and Joe Ledley have also represented both sides, with Ledley currently on the books in the Midlands and Whittingham spending the second-half of the 2005/06 season on loan with the Rams, making 11 appearances.

Other players to play for both sides include the aforementioned Lawrence, Robert Earnshaw, Cameron Jerome, John Brayford and Kenny Miller.