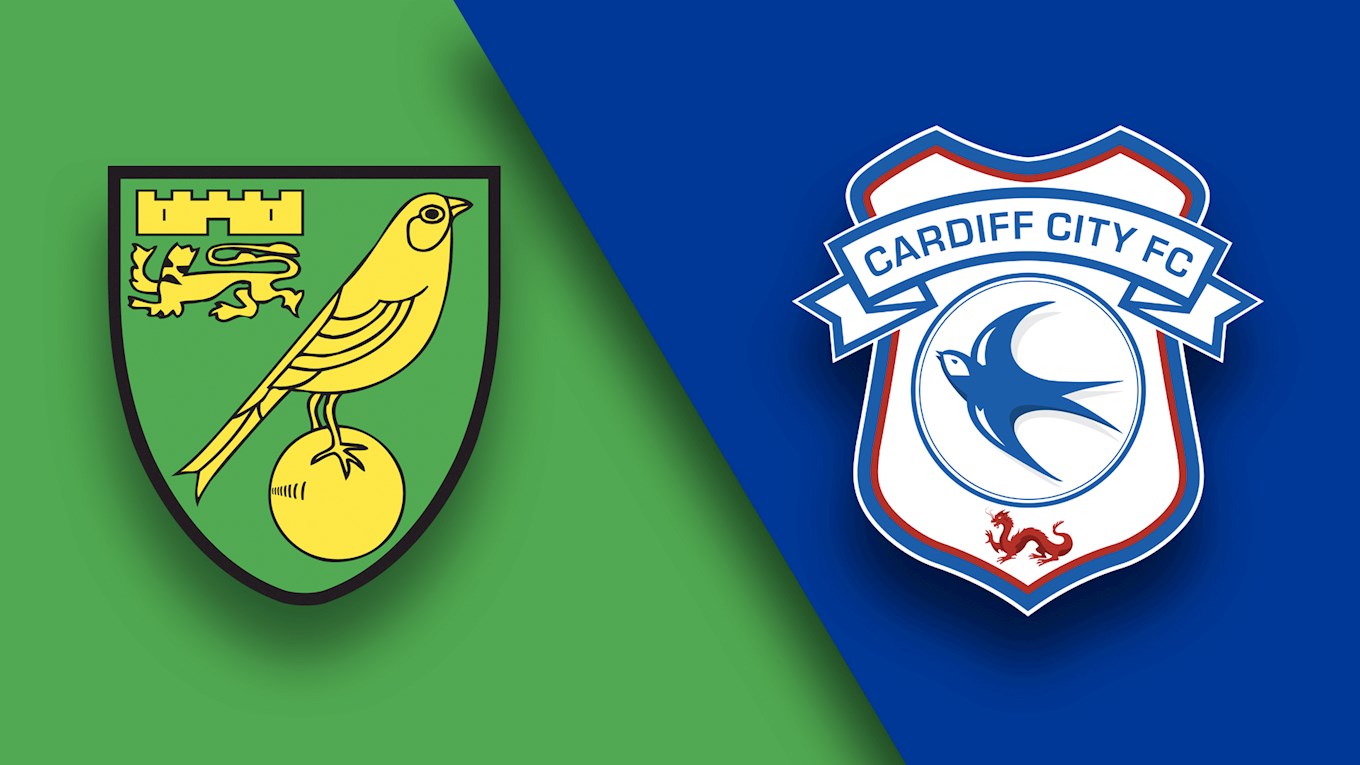 Cardiff City make the trip to East Anglia this weekend, as they take on Daniel Farke’s Norwich City.

Norwich welcome the Bluebirds to Carrow Road following a midweek draw with Sunderland.

What to expect from the Canaries…

Farke’s side currently occupy 13th in the Sky Bet Championship table. That draw with Sunderland is their 14th of the season, the same number of wins and losses they’ve also contested thus far.

Level on points with their East Anglian rivals Ipswich Town, the Canaries have only engineered two wins in their last 12 games. However, the most recent of these – a 3-1 win over Aston Villa last weekend – has seen them rise above Leeds United and QPR.

Young Englishman James Maddison (pictured above) has attracted a lot of interest during this campaign and currently tops the Norwich scoring charts with 15 goals. Still only 21, the U21 international has also engineered 11 assists for his teammates, also putting him at the summit in that category for his club.

Winger Josh Murphy is another who has been a consistent performer for the Canaries, who he signed for professionally in 2013. Coming through the Academy ranks, the 23 year-old has 10 goals this season, the most recent of those was a left-footed stunner in that win over Villa at Carrow Road.

Farke received his first taste of English football when joining Norwich in the summer of 2017. The 41 year-old’s two previous jobs came in his native Germany, first with SV Lippstadt 08 – where he had three spells as a player – before taking the reins of Borussia Dortmund II.

The ex-forward has won 17 of the 48 games he has overseen as Canaries boss after taking over from stand-in coach Alan Irvine on May 25th last year.

The Bluebirds made it four league wins on the spin in the reverse fixture in December. Goals from Junior Hoilett, Omar Bogle and a Joe Ralls penalty saw City secure a 13th victory of the season, at Cardiff City Stadium.

2010 saw the exact same result in our second year at CCS, as goals from the deadly trio of Jay Bothroyd, Michael Chopra and Peter Whittingham saw the Bluebirds begin a four-match unbeaten run against the Canaries from 2010 until 2014.

Current Bluebird Anthony Pilkington made the direct move from East Anglia – where he spent three years – in 2014. Our No.13 has gone on to make 102 appearances for City, scoring 23 goals, including five this season. Pilks netted twice for the Bluebirds on his last visit to Carrow Road, in September 2016.

Craig Bellamy began his professional career with the Canaries, signing in 1996. The 38 year-old had two spells with his boyhood club scoring 17 goals including a stunning winner against Swansea City at the Liberty Stadium in 2011, before hanging up his boots in 2014.

Other players to have memorable spells with both clubs include David Marshall, Robert Earnshaw & Cameron Jerome.