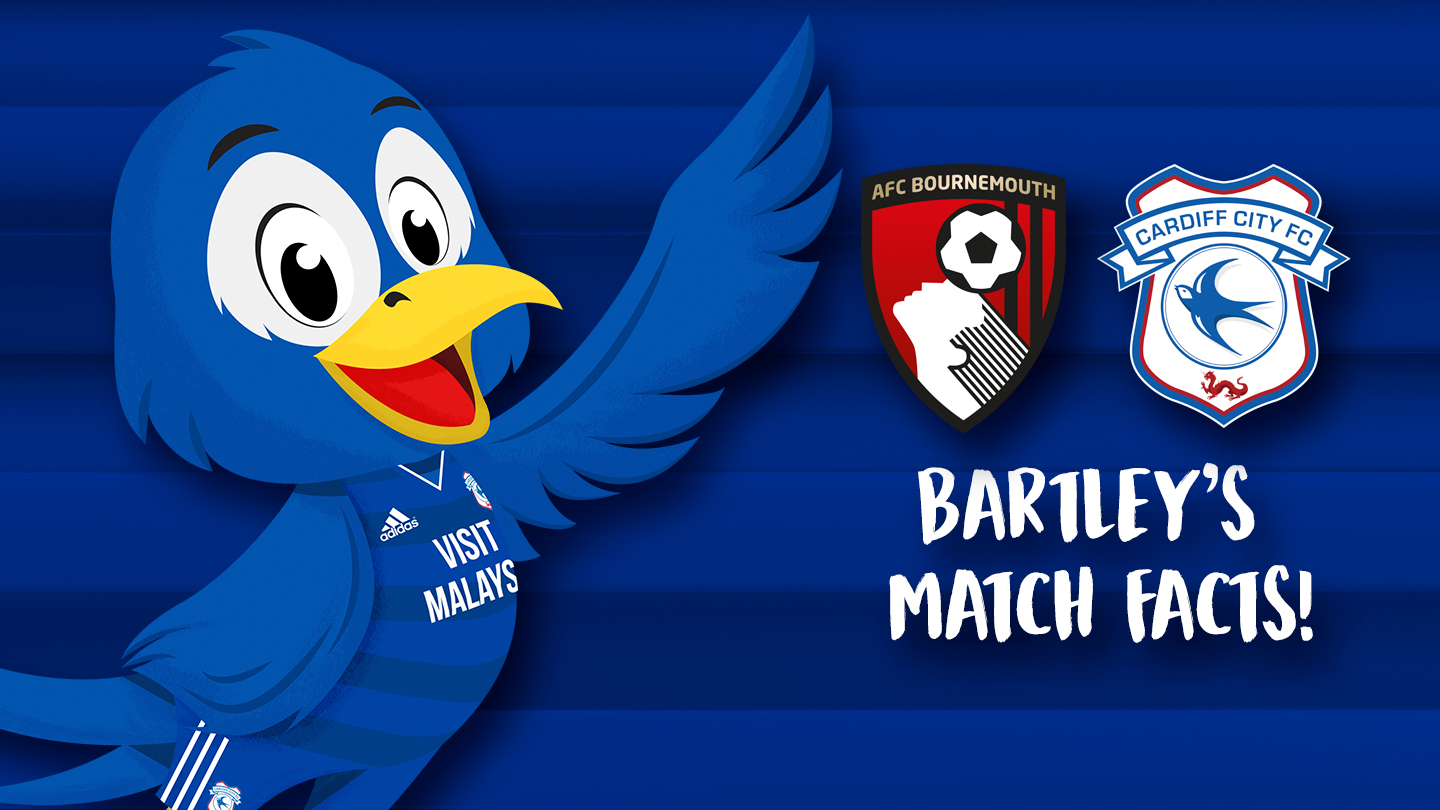 Hey Junior Bluebirds! It is almost finally here! Our first match of the 2018/19 Premier League season!

The Bluebirds are back at CCS very shortly - but before that - safe journey to the City fans travelling with our lads to AFC Bournemouth. The away end is sold out - amazing support as always!

Bartley's must know Match Facts for AFC Bournemouth vs. City

* 12 Bluebirds could be set for their Premier League debuts - including the likes of Kenneth Zohore, Joe Ralls, Bobby Reid & Sol Bamba.

* Joe Bennett - City's ever consistent left-back - made his Premier League debut all the way back in May 2009, for Middlesbrough.

* Bennett had a loan spell with the Cherries (Bournemouth's nickname) at the start of their first season in the Premier League (2015/16) - but he didn't make an appearance.

* AFC Bournemouth signed Welsh international midfielder David Brooks (pictured below) in the summer from Sheffield United. He could make his competitive (and Premier League) debut for his new side against City.

* As well as Brooks - the Cherries have signed midfielder Jefferson Lerma from Levante & left-back Diego Rico from Leganés.

* The Vitality Stadium, home of AFC Bournemouth, is the smallest stadium in the Premier League, with a maximum attendance of 11,360.

* City and Bournemouth have played two pre-season matches since their last competitive match. The Bluebirds beat the Cherries, 3-2, in 2015 before a single Jordon Ibe goal separated the two sides in 2016.

* AFC Bournemouth Manager Eddie Howe has guided the Club to four promotions since 2008. After winning promotion from League Two, he had a spell as Burnley manager for 18 months before returning to Dean Court (the Vitality Stadium) in October 2012 to guide the team from League One to the Premier League. Impressive stuff!

* Speaking of impressive stuff. Jermain Defoe (pictured above) - Bournemouth striker and the Premier League's seventh highest ever scorer - has also had two spells with the Club. The first started in 2000 (on loan from West Ham) - and the second in 2017. He's still dangerous in front of goal at the age of 35!

* Kevin Friend will referee Saturday’s match at the Vitality Stadium. He also refereed our match against Leeds United at CCS last season - a 3-1 win for the Bluebirds!

The AFC Bournemouth mascot is Cherry Bear! He's a good lad - but we will be supporting opposing teams this Saturday!