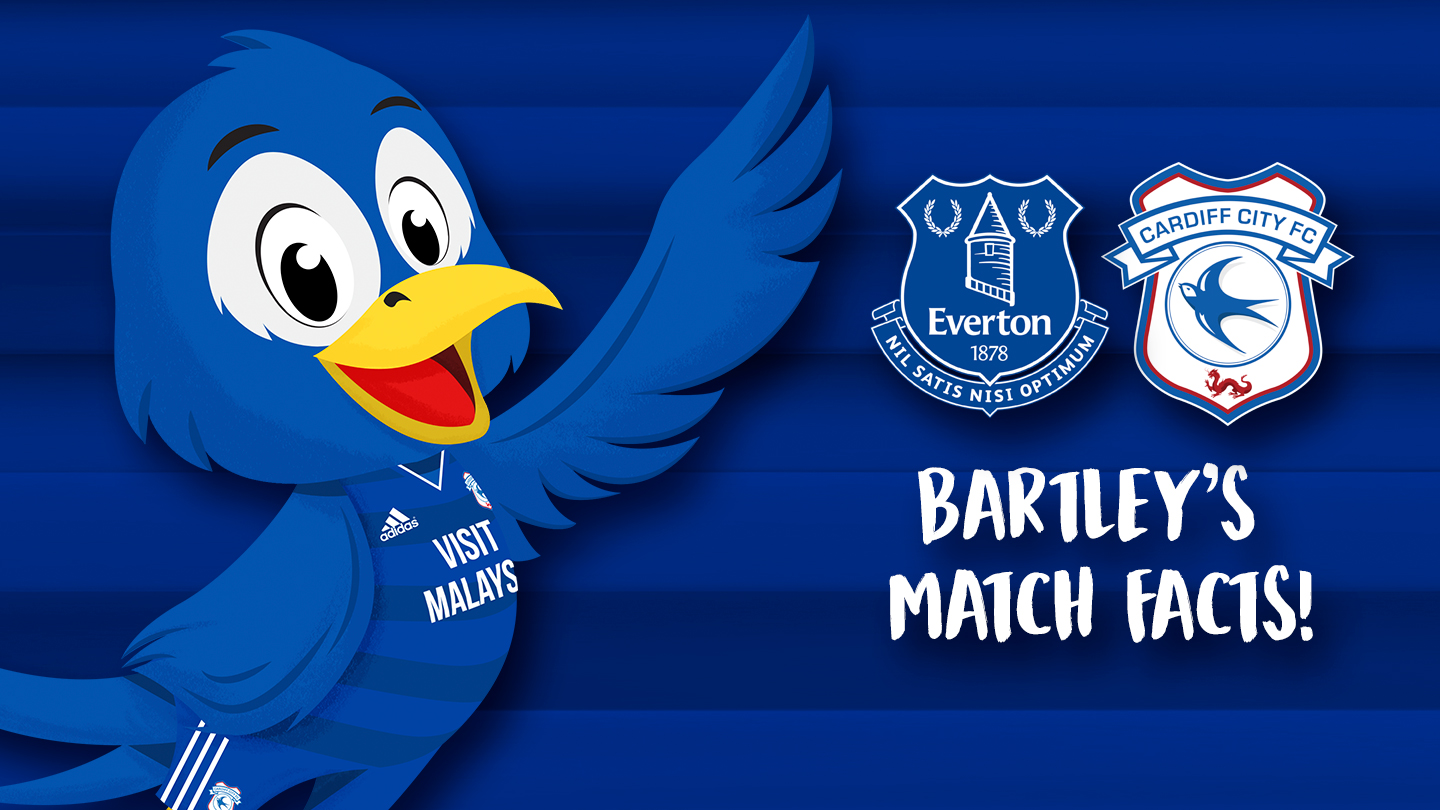 Hey Junior Bluebirds! This weekend, we travel to Goodison Park for our fixture against Everton! If you’re going to the match, be sure to support the boys and have a safe journey!

This is the Bluebirds’ first match against the Toffees since 2014, and our first match since before the international break! With that in mind, let’s have a look at some facts about the two clubs!

Bartley’s must know Match Facts for Everton vs. Cardiff City

* Everton’s player with the most appearances in their history is Neville Southall! Southall earned 750 caps for the Toffees between 1981-1998, playing as their ‘keeper! He was also Wales’ most capped player ever until recently when ex-Cardiff City defender Chris Gunter claimed the title!

* Anfield was Everton’s home ground before Liverpool! The Reds started playing at Anfield after Everton played their last match at the ground in April 1892.

* Everton have won the FA Cup five times! Their most recent win was in 1995 where they beat Manchester United 1-0 at Wembley Stadium.

* Players who have played for both Everton and Cardiff City include Conor McAleny, Kevin Ratcliffe, Kevin Campbell and Matty Kennedy!

* Everton’s current home ground, Goodison Park, is located in Walton, Liverpool, and has a capacity of 39,572!

* Everton’s manager is former right back Marco Silva, who is from Portugal. He has previously managed teams such as Watford and Hull City!

That's all for now, Junior Bluebirds! Check back with me before our next home match, against Wolverhampton Wanderers, for more of Bartley's Match Facts! Bluebirds!!!