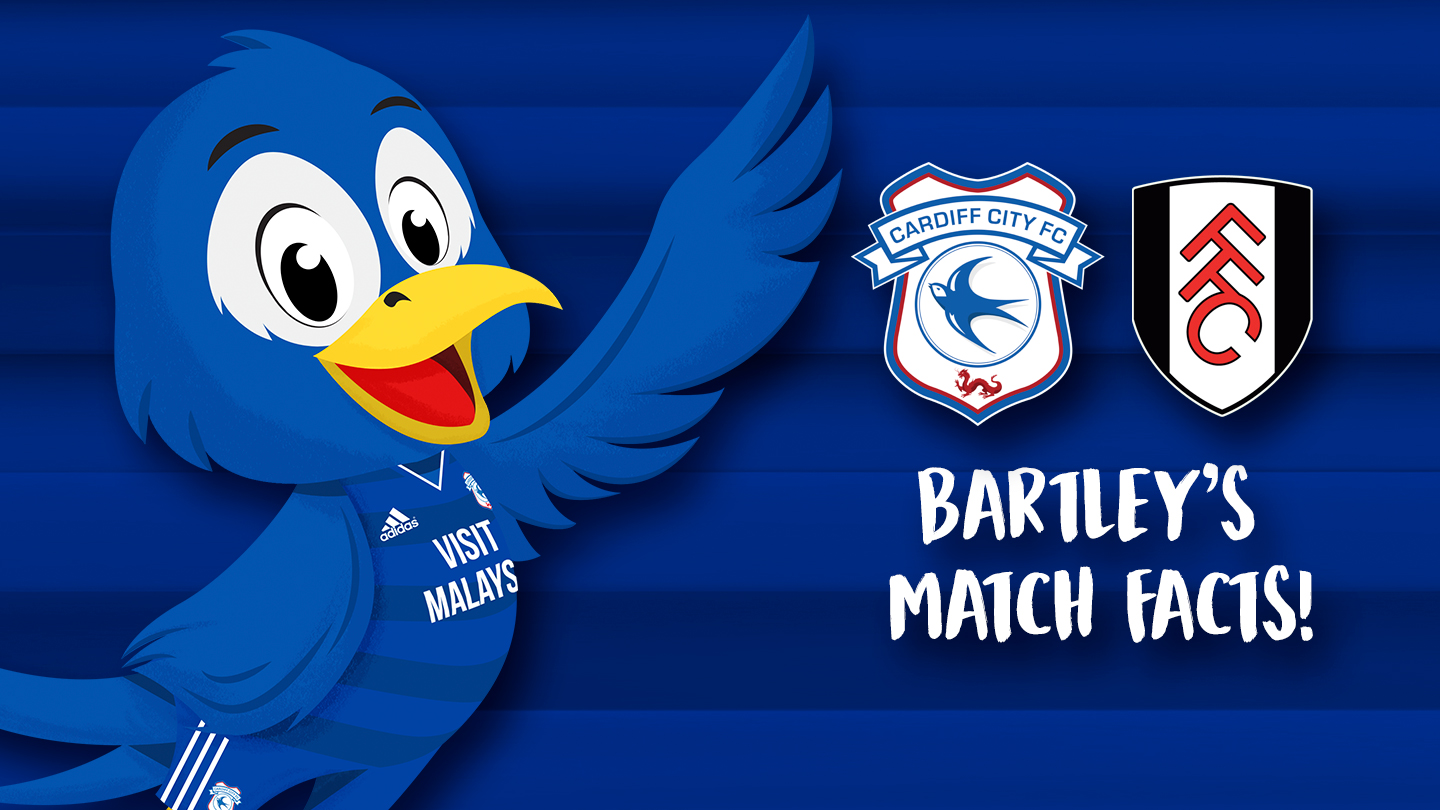 Hey Junior Bluebirds! This weekend we come back to Cardiff City Stadium after the International break to host Fulham!

This is the Bluebirds’ first match against the Whites since both teams got promoted to the Premier League last season, so let’s have a look at some facts about the two clubs!

Bartley’s must know Match Facts for Cardiff City vs. Fulham

*Fulham’s home ground is Craven Cottage, the team having played there since 1896. The stadium’s capacity is currently 25,700.

*One of the stands at Craven Cottage is called the Johnny Haynes Stand, named for the player who made 594 appearances for the club between 1952-1970!

*Plenty of footballers have played for both Cardiff City and Fulham, including Ross McCormack, Heiðar Helguson, and Eddie Johnson!

*Fulham’s current player with the most caps is midfielder Tom Cairney, who has 114 league appearances for the club! His debut was against Cardiff City in a 1-1 draw on August 8th, 2015.

*Fulham’s biggest league win in their history is 10-1 against Ipswich Town on December 26th, 1963!

*On March 12th 2010, Fulham played in the UEFA Europa League Final, losing 2-1 against Atlético Madrid in Hamburg, having defeated Juventus 5-4 on aggregate on their way to the final!

*Fulham were also runners-up in the 1975 FA Cup Final, losing 2-0 against West Ham at Wembley Stadium.

*Fulham manager Slaviša Jokanović has been in charge at the club since December 2015, following managerial runs at Watford and Maccabi Tel Aviv. He has twice managed teams to promotion to the Premier League, at Watford and Fulham.

*Fulham’s captain is goalkeeper Marcus Bettinelli, who made his debut for the club in August 2014!