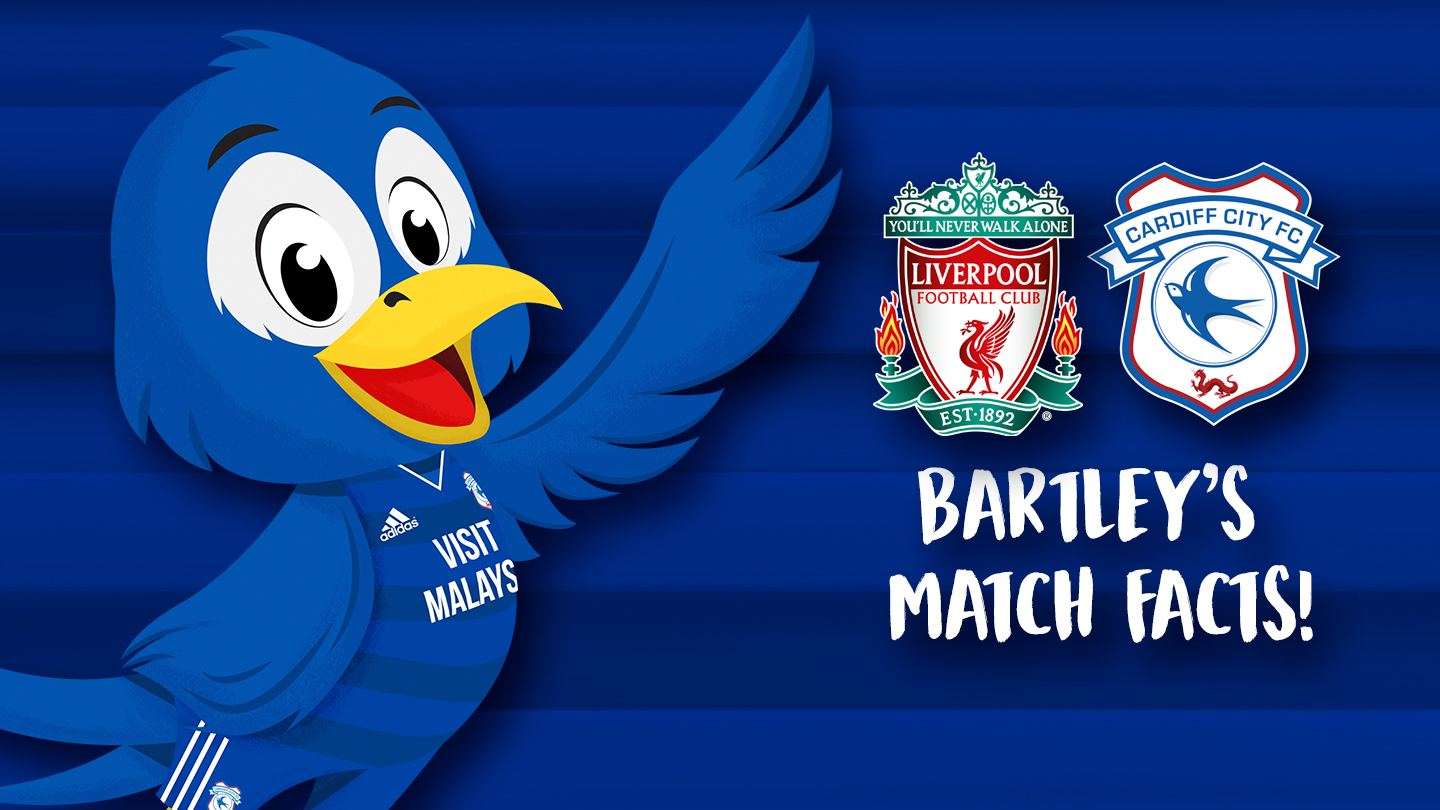 Hey Junior Bluebirds! This weekend we’ll be travelling to Anfield to face Liverpool! If you’re going to the match, be sure to support the boys and have a safe journey!

This will be Cardiff City’s first match against Liverpool since 2014! Now let’s have a look at some facts about both teams!

Bartley’s must know Match Facts for Liverpool vs. Cardiff City

* Liverpool’s home ground is called Anfield, and was opened in 1884! The stadium has four stands, named the Spion Kop, the Main Stand, the Sir Kenny Dalglish Stand, and Anfield Road.

* Until 1892 it was not Liverpool who used Anfield as their home ground, but Everton!

* Plenty of players have played for Cardiff City and Liverpool in their time, including Craig Bellamy, Robbie Fowler, and Steven Caulker!

* One of our more recent meetings with Liverpool featured two members of the same family going up against each other! Former Cardiff City defender Anthony Gerrard is cousin to ex-England captain Steven Gerrard, and the two played in the League Cup Final in 2012 at Wembley Stadium.

* Liverpool manager Jürgen Klopp has been in charge at the club since 2015, and has lead them to the finals of the Football League Cup, the Europa League Cup, and the Champions League!

* Liverpool’s top goalscorer of all time is Ian Rush, who scored a total of 346 goals for the club!

* The player with the most appearances in Liverpool’s history is Ian Callaghan, who played between 1960-1978 for the club, earning 857 appearances.

* Former Cardiff City and Liverpool player Robbie Fowler once scored a hat-trick in four minutes and 33 seconds for Liverpool against Arsenal in 1994, aged just 19 years old!

* Former Cardiff City striker Robert Earnshaw is the only player to have ever scored a hat-trick in the Premier League, Divisions 1, 2 and 3, the FA Cup, the League Cup, and in an international match!

That's all for now, Junior Bluebirds! Check back with me before our next home match, against Leicester City, for more of Bartley's Match Facts! Bluebirds!!!