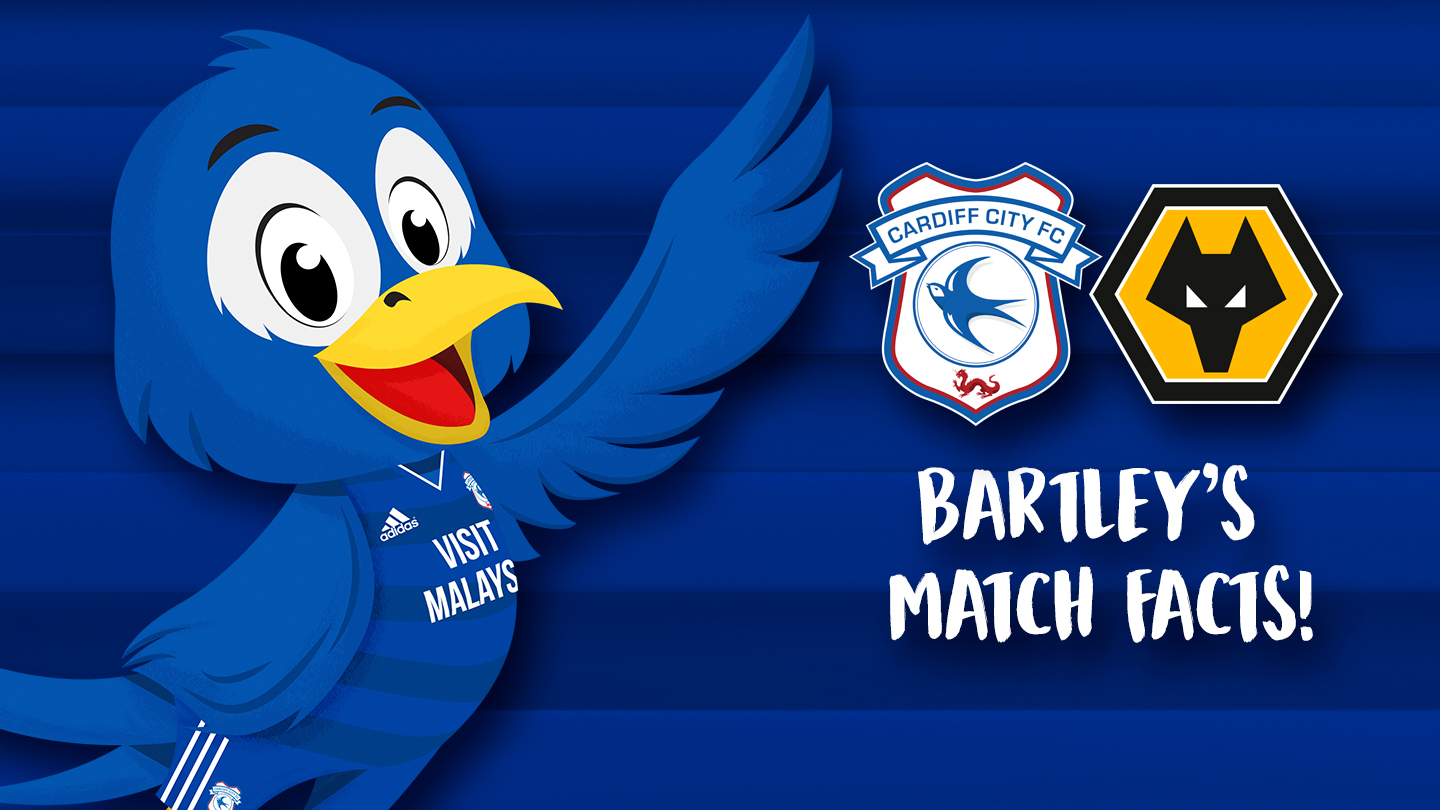 Hey Junior Bluebirds! This weekend we come back to Cardiff City Stadium after the international break to host Wolves!

This is the Bluebirds’ first match against the Wanderers since both teams got promoted to the Premier League last season, and City’s first match at CCS since before the international break! With that in mind, let’s have a look at some facts about the two clubs!

* Wolves have won four FA Cup titles in their history, most recently in 1960 when they beat Blackburn Rovers 3-0 at Wembley Stadium.

* They won their first FA Cup in 1893, six years before Cardiff City FC was founded!

* Wolves’ top goalscorer so far this season is Raúl Jiménez, who has scored 3 goals in 13 matches for the side. The Mexican forward is on loan from Portuguese club Benfica, joining Wolves in June 2018.

* Cardiff City’s top goalscorer so far this season is Callum Paterson, who has scored 3 goals in 11 matches for the Bluebirds. Paterson scored 10 goals in Cardiff City’s 2017/18 season after signing for the club in June 2017 from Heart of Midlothian!

* Several players have made appearances for both City and Wolves over the years, including Joe Bennett, Nathaniel Mendez-Laing and Seyi Olofinjana!

*The Molineux Stadium was home to the first UEFA Cup Final. In 1972, Wolves played the first leg of the final there against Tottenham Hotspur, with Spurs winning the title 3-2 on aggregate at White Hart Lane.

* Wolves’ head coach is Nuno Espírito Santo, who has been in the role since May 2017. He has also been head coach at Porto and Valencia!

* Cardiff City’s first match against Wolves was on January 31st, 1920 in an FA Cup 2nd round fixture! The Bluebirds won the match 2-1!

That's all for now, Junior Bluebirds! Check back with me before our next match against West Ham for more of Bartley's Match Facts! Bluebirds!!!