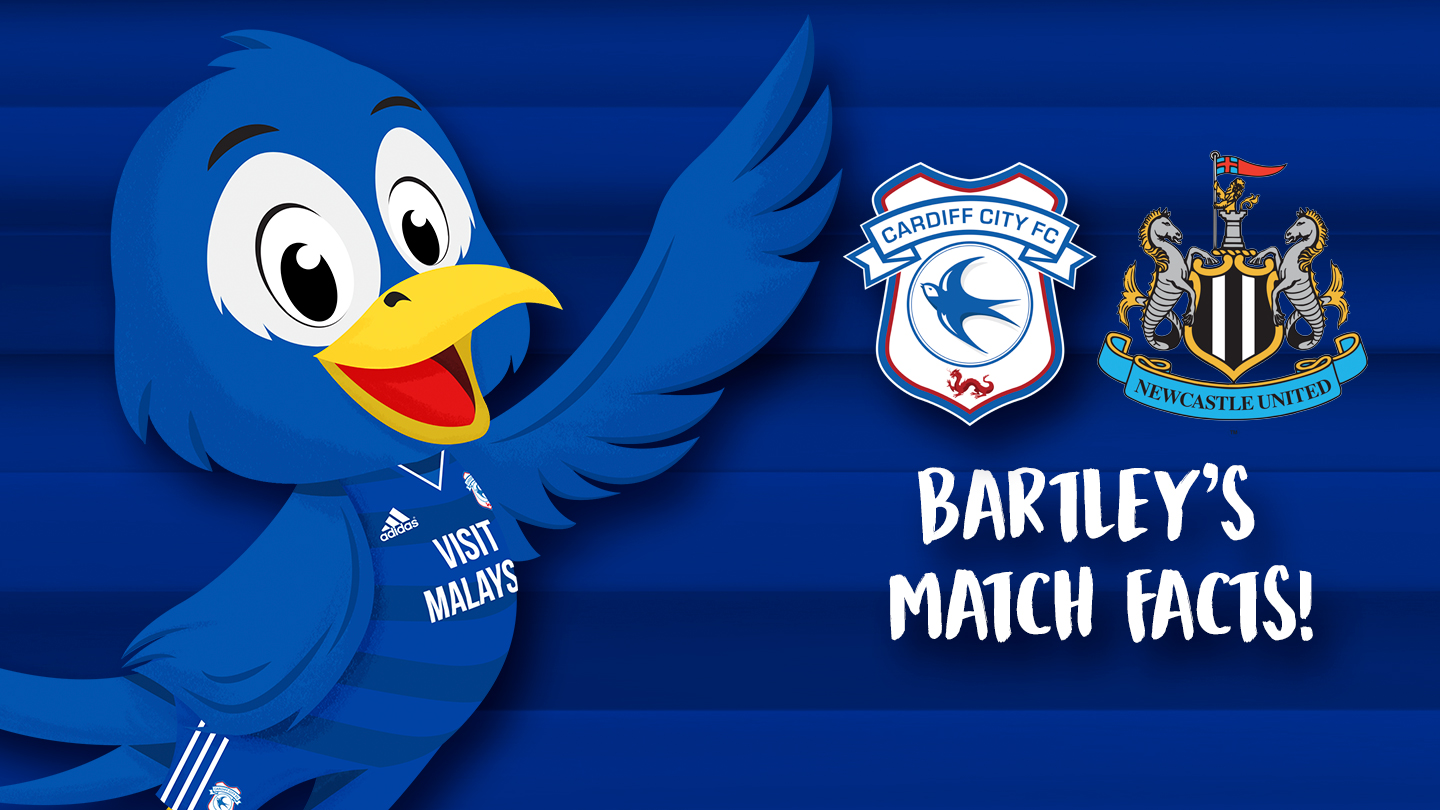 Hey Junior Bluebirds! CCS time is approaching very soon! Give Neil and his lads a huge cheer on Saturday!

The last time we were in competitive action at CCS - the Bluebirds secured promotion to the Premier League. An amazing day that I'm sure you all remember fondly!

Bartley's must know Match Facts for City vs. Newcastle United

* Welcome to CCS - Victor Camarasa & Harry Arter! Both central midfielders are eligible to make their debuts for the Bluebirds this weekend.

* Newcastle United are managed by Rafael Benítez. He's been involved at a number of huge clubs during his managerial career - including Liverpool, Chelsea, Valencia, Real Madrid, Inter Milan and Napoli.

* In 2013/14, we beat Manchester City at home in our second Premier League match. Hopefully we’ll be looking at a similar result against NUFC!

* It could be brother vs. brother this Saturday at CCS! Newcastle United winger Jacob Murphy is the twin brother of our winger, Josh Murphy. They used to play together at our Carabao Cup Second Round opponents, Norwich City. Josh is older than his brother by just two minutes!

* Rafa Benitez has lost all three away games at newly-promoted sides since taking over as manager at Newcastle United.

* Newcastle is the home town club of Alan Shearer - the Premier League's top goalscorer of all time. Shearer spent nine years at St James' Park between 1996-2006. He even has his own statue outside the ground.

* Jamaal Lascelles is the current captain of our opponents. He’s just 24 years old - and has played for England up until U21 level.

* Cardiff City U18 head coach Craig Bellamy spent four years of his career on Tyneside. He scored 28 goals for NUFC - and appeared in the Champions League while at St James' Park.

* Craig Pawson will be refereeing our match against Newcastle United. He last officiated a match for the Bluebirds in January 2017 - our 3-2 victory over Bristol City at Ashton Gate!

I'll, of course, be backing the Bluebirds this Saturday while my fellow mascot - Monty Magpie - will be hoping his NUFC side can return to Tyneside with all three points. It's gonna be tough!

Get your ticket - Junior Bluebirds!

Tickets are still available for City vs. Newcastle United! Come on down and support the lads in their first home match of 2018/19!