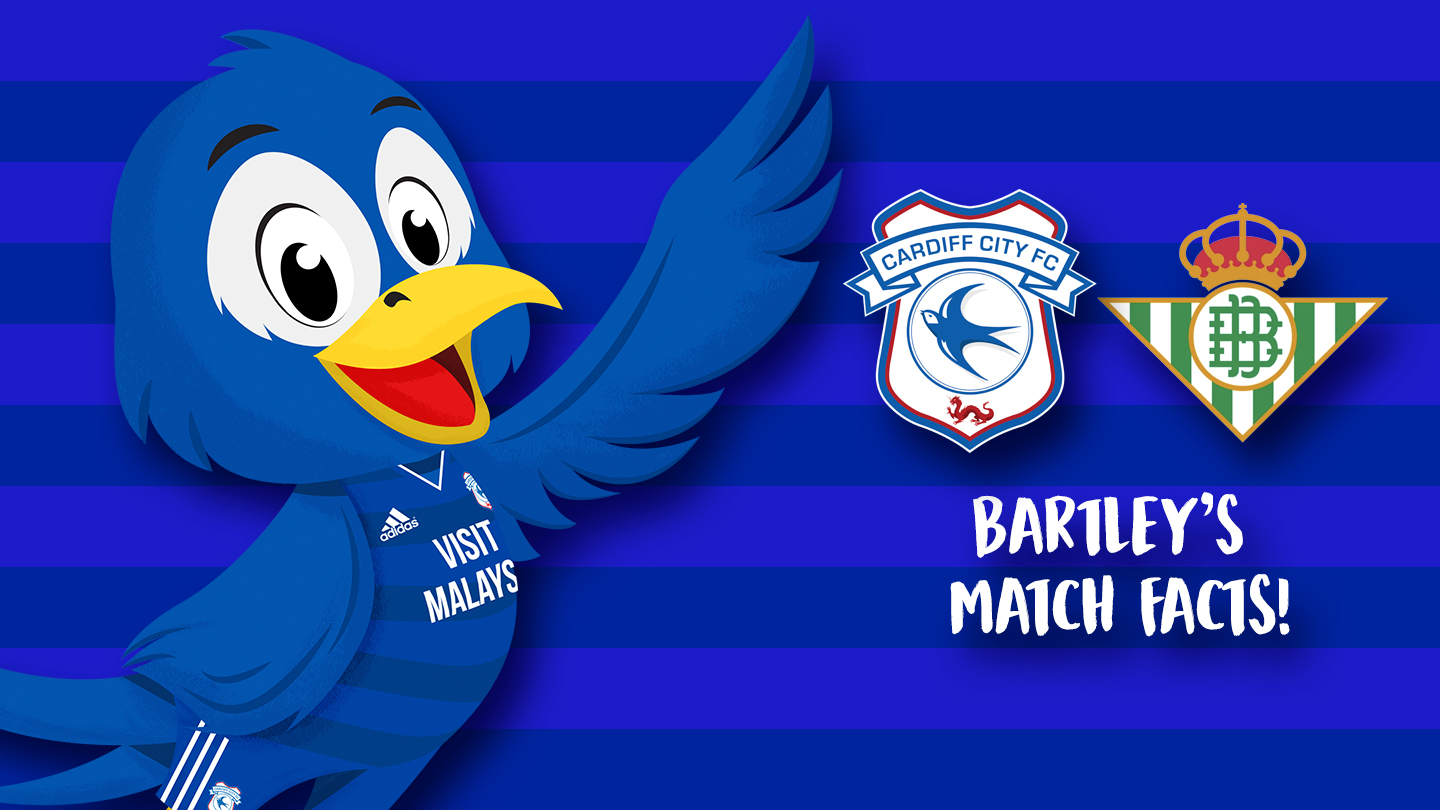 Hey Junior Bluebirds! I hope you've all had an amazing summer.

We welcome Real Betis to South Wales this coming weekend - just one week before our 2018/19 Premier League campaign gets underway.

I look forward to saying hello to all of the travelling supporters!

Bartley's must know Match Facts for City vs. Real Betis

* This is the first ever meeting between Cardiff City and Real Betis.

* Alex Smithies, Josh Murphy, Greg Cunningham & Bobby Reid are all fit and available to make their first home appearances as Bluebirds. Welcome all to Cardiff City Stadium with a big cheer!

* Takashi Inui was a key player for Japan at this summer’s FIFA World Cup. He is a winger, and agreed to join Betis on a free from Eibar before the tournament even began.

* Betis have a number of other World Cup stars, including Mexico captain Andrés Guardado.

* Our opponents from Seville finished sixth in La Liga in 2017/18 - qualifying for the group stages of the UEFA Europa League in the process.

* Spanish midfielder Javi Garcia (pictured above), who plays for Betis, has been seen at CCS before. He used to play for Manchester City, who we defeated 3-2 in 2013.

* Quique Setién is manager of Real Betis. He used to play in central midfield before becoming a coach - appearing for the likes of Atlético Madrid and his home country of Spain.

* Our opponents have a Club motto as well - ¡Viva el Betis manque pierda! - which translates as ‘Long live Betis even when they lose!’ That's amazing passion!

Get your ticket - Junior Bluebirds!

Tickets are still available for City vs. Real Betis with Junior Season Ticket Holders (U16) who purchase in advance charged at just £1! An absolute bargain to watch our lads at CCS!