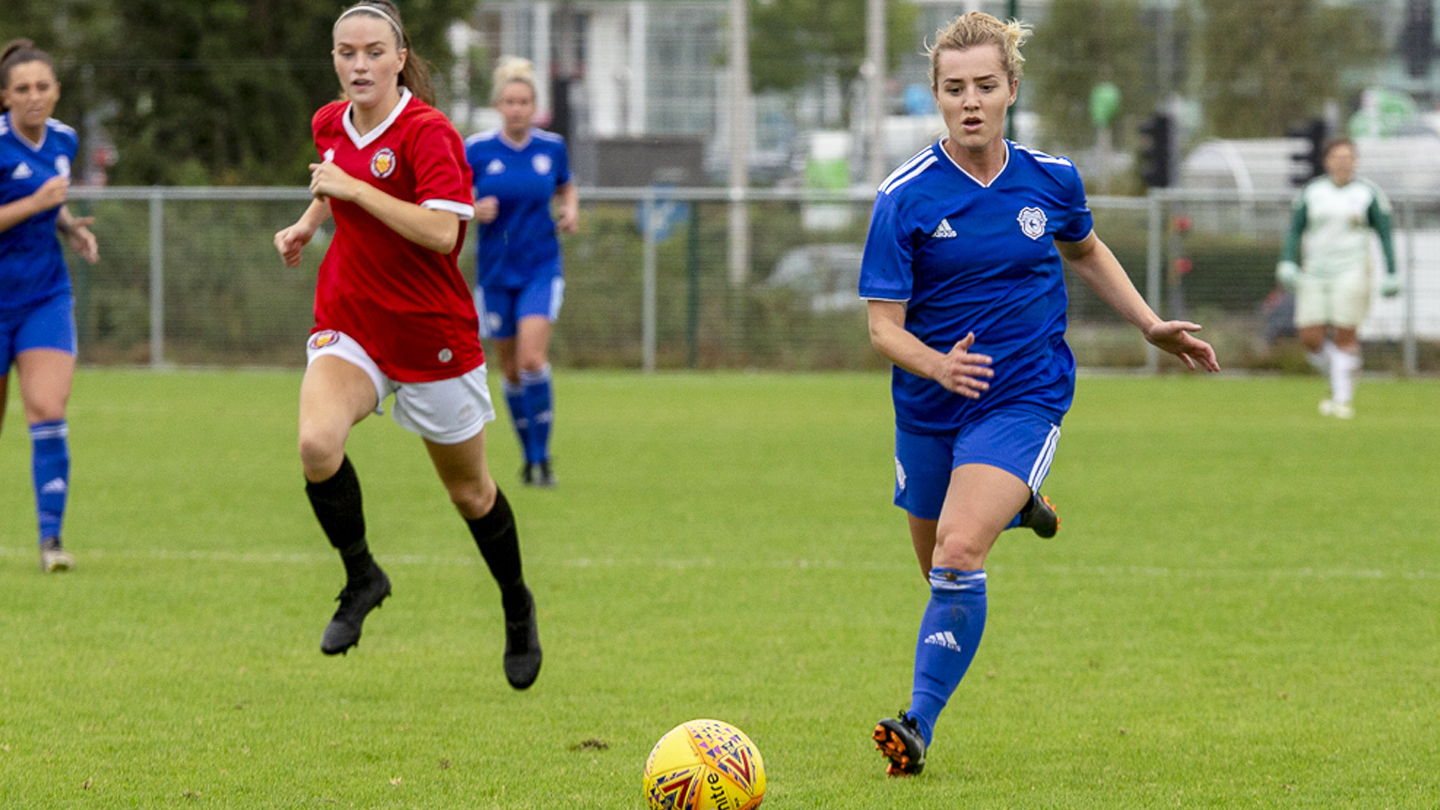 In a highly competitive outing, the visitors started on the front foot. Welsh international ‘keeper Claire Skinner had to be at her best to provide a low stop to deny Jessica Battle from a close range one-on-one opportunity, with seven minutes played.

It was the away side that broke the deadlock shortly after the twenty minute mark. Battle was on-hand to prod home a rebound from close range, after Skinner did brilliantly to tip Hannah Dale’s effort from distance onto the crossbar.

Cardiff City attempted to reduce the deficit shortly before the interval. A dangerous looking free-kick from Montana May flew just over the bar from 25 yards.

The second half continued to be a tough contest for both sides; Skinner doing superbly to deny Battle a brace on two separate occasions after the hour mark.

With 74 minutes gone, the visitors doubled their advantage. It was a soft penalty claim from Battle who won the spot-kick before Kirsty Chambers calmly stroked the ball home.

The determined Bluebirds searched for a way back into the game but the away side remained resilient at the back up until the final whistle.