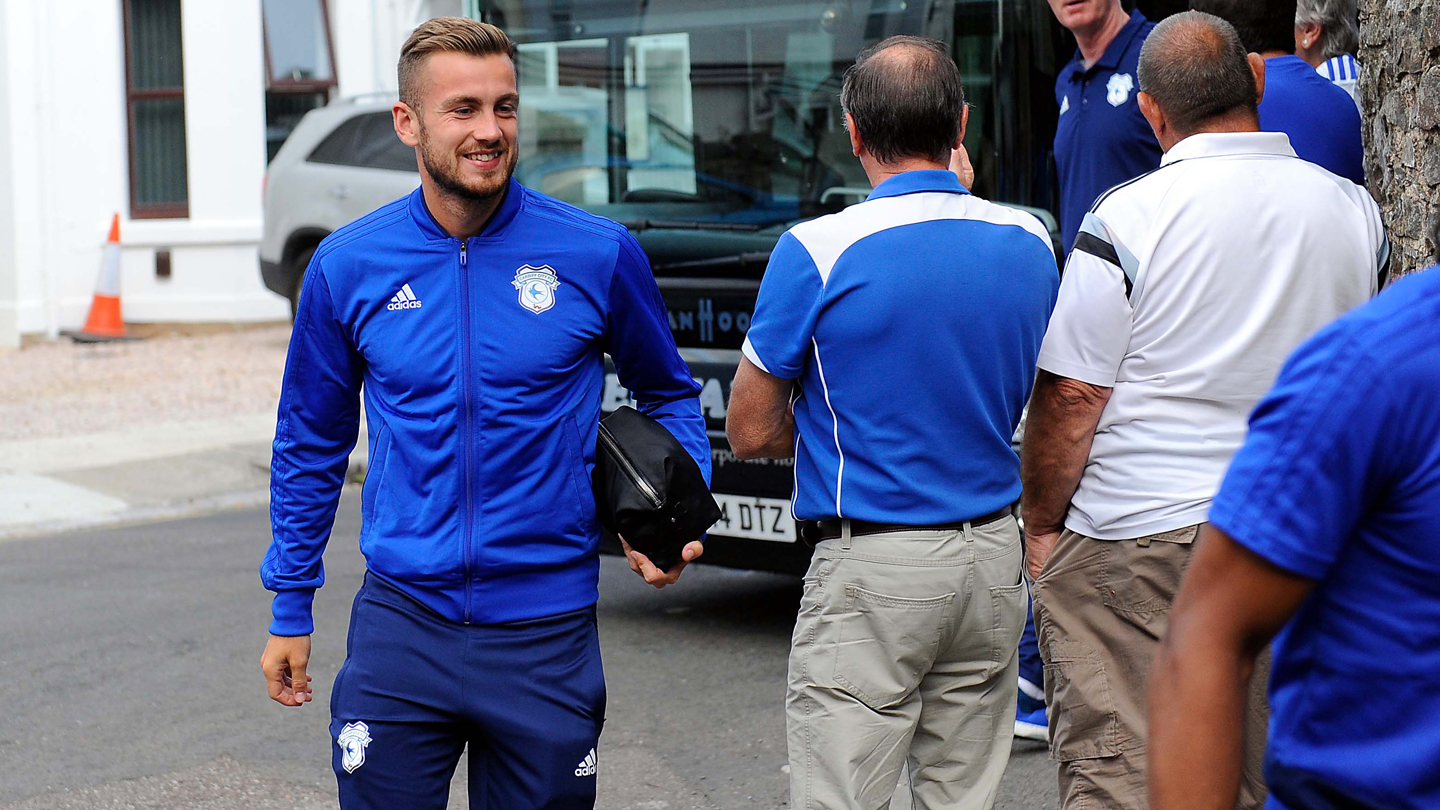 Ralls: "We're all looking forward to the challenge"

The Bluebirds will begin their Premier League season on Saturday when they face AFC Bournemouth at the Vitality Stadium.

Joe Ralls will be hoping to make his first top-flight appearance as the Bluebirds take on the Cherries, and he spoke of his excitement at the Vale Resort ahead of tomorrow’s big kick-off.

“We’re all looking forward to it, and we can’t wait to start,” Joe began. "We’re confident in what we can do, especially coming in off the back of a great season last year. Hopefully we can bring that confidence into the start of the season, and to get off to a good start would be great.”

Ralls made his first-team debut in 2011 and has since made over 150 appearances for the Bluebirds. The midfielder reflected on his personal journey to the Premier League as he looked ahead to the upcoming campaign.

“I’ve been around the Club a long time," he continued. "It feels amazing to play my part in getting the Club back into the Premier League. It’s been a mad few years, and last season was brilliant. I’ve spent a few years in the Championship and played plenty of games there, but obviously this is another step up.

“Everyone around the Club can’t wait to get there and give it our best shot. We’re looking forward to the first home game against Newcastle too - it’s going to be a great atmosphere. To find myself here is amazing, and I’m just looking forward to hitting the ground running and having a good season.”

Ralls finished off by discussing City’s deadline day additions - as the acquisition of Víctor Camarasa and Harry Arter bolstered the Bluebirds' ranks in the middle of the park.

“The two lads are good signings, and it’s always good to get couple more through the door," he said.

"It gives everyone a boost going into the new season. I think we were a little bit short in that area, so we needed to get a few bodies in. We have two good new midfield players, and I’m looking forward to playing with them and learning from them.”