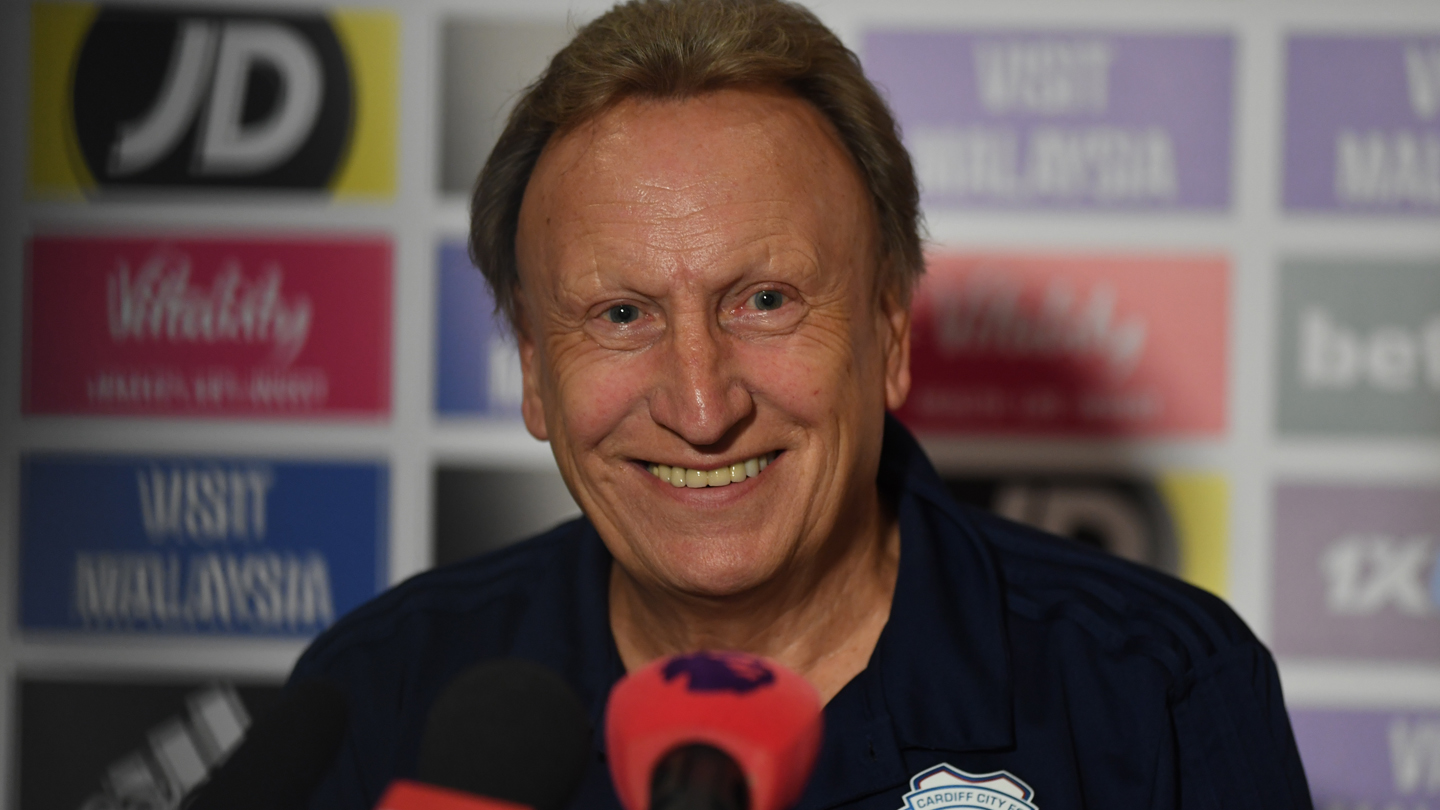 Warnock: It's an exciting time for everyone at the Club

The Gaffer expressed his excitement about the challenge of the Magpies and the opportunity to play in front of a bumper Cardiff City Stadium crowd.

“I think it’s an exciting time for everybody at the Club,” began Neil. “It’s going to be a cracking crowd and promises to be a great atmosphere. It’s a great feeling.

“Newcastle are a good team to be playing. They’ve improved their squad from last year when they finished tenth, so they’ll be looking to finish in the top half of the table this season.

“I hope we can give them a good game and I’d love to get off the points mark tomorrow, but I think it’s important that we enjoy it. It’s great how far we’ve come and I think we’re capable against anyone at home. It’s eleven against eleven and we’re looking forward to it."

The Gaffer went on to stress the importance of the Bluebirds' games in the Welsh capital, as they embark upon their home top flight campaign.

“We’re just looking to get as many points as we can and the home games are going to be crucial," he continued.

“We’ve got to take onboard how exciting it is and give the supporters something to cheer about. The fans have been on a remarkable journey and the whole Club has really turned full cycle since I’ve been here.

"Home and away our supporters have been fantastic and they’ve been pivotal in me getting my eighth promotion. I set out to do that when I came to the Club and want to repay the supporters by having some enjoyment.

“Cardiff City Stadium is an intimidating place when they’re all in full song – it sends shivers up my spine. It’s an amazing place and with Newcastle coming it promises to be a terrific atmosphere. Two good groups who have been loyal to their Clubs."

Neil concluded by praising the experienced Harry Arter, who has given the Bluebirds extra options in the engine room, along with fellow new recruit, Víctor Camarasa.

“Harry [Arter] is likely to be in the squad tomorrow," he added. "He’s such an enthusiastic young man and on the training ground, he’s full of beans.

"He wants to play football and we’re delighted to have him and Víctor Camarasa. They’re lovely lads that give us another dimension."