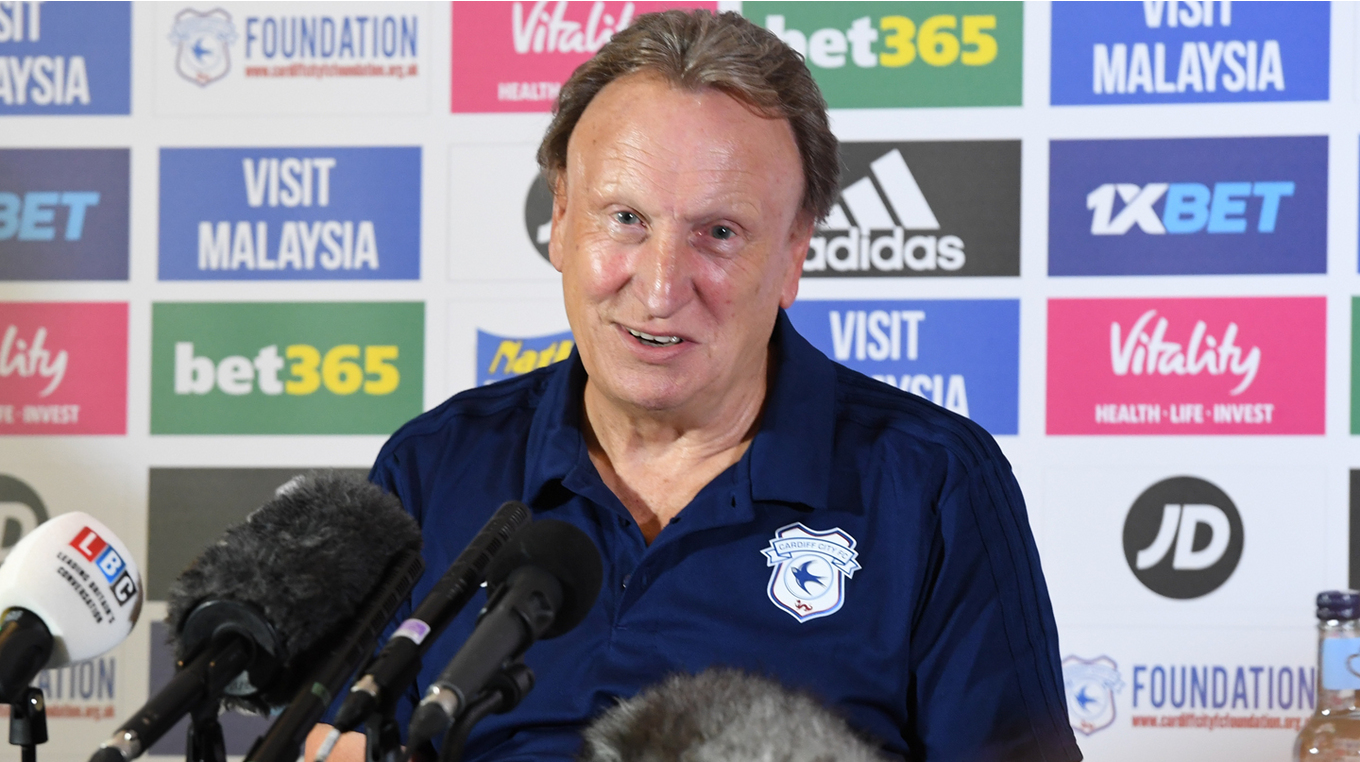 Warnock: "We can't wait to get started!"

The Bluebirds return to competitive action on Saturday as they open their Premier League campaign against AFC Bournemouth.

Manager Neil Warnock, who recorded a record eighth promotion with City last season, spoke to the press and media ahead of the game, summing up his feelings on the eve of the new season.

“At this time of season, everyone will be nervous, apprehensive and excited,” the Gaffer revealed. “Especially with what we’ve done in the last eighteen months, it has been amazing.

“Since I’ve been at the club we have rarely been favourites. Last year we were tipped to finish in the bottom half of the table, but a lot of teams with big wages didn’t come anywhere near us. We kept surprising everyone, and that’s why we are here today. If we can galvanise the squad, then I think we can entertain and get results.

“There are a lot of players who wouldn’t have dreamt of playing in the Premier League, and I’ve stayed faithful to them because they deserve it. Nathaniel Mendez-Laing was at Rochdale and Neil Etheridge was at Walsall, so to be in the Premier League after twelve months is an incredible feat.”

The Bluebirds sealed two deadline-day loan deals as the transfer window came to a close on Thursday. Warnock expressed his happiness at City’s transfer business and offered some insight about Víctor Camarasa and Harry Arter.

“We’ve supplemented the squad, but the new lads have got to fight for their place," he continued." I was pleased to bring the midfield lads in, especially because we were a bit short in there. We’ve spent money wisely, looking to build the Club for the future as well.

“Víctor's an interesting player, and I think the way we play will suit him. Harry wants to play every week, and he’s been with Bournemouth for a long time. We’re delighted to have him, and the way we play football will fit Harry like a glove."

The Gaffer brought his press conference to a close with a look forward to Saturday's match at the Vitality Stadium, as he gave his assessment of Eddie Howe’s Bournemouth.

“Eddie is a very level-headed young man. He’s found his home at Bournemouth, and he’s enjoying it – they have improved every year.

"It’s going to be an exciting game, and we’re really pleased to be part of it. Any points off the top six teams is a bonus; you don’t think of getting anything against them. But below that, every game is a winnable one. I think the Premier League is wide open, so I don’t see why we shouldn’t try and get points everywhere.

"Our away support is vociferous and we’re going to have 30,000 fans at home every week, so we can’t wait to get started.”