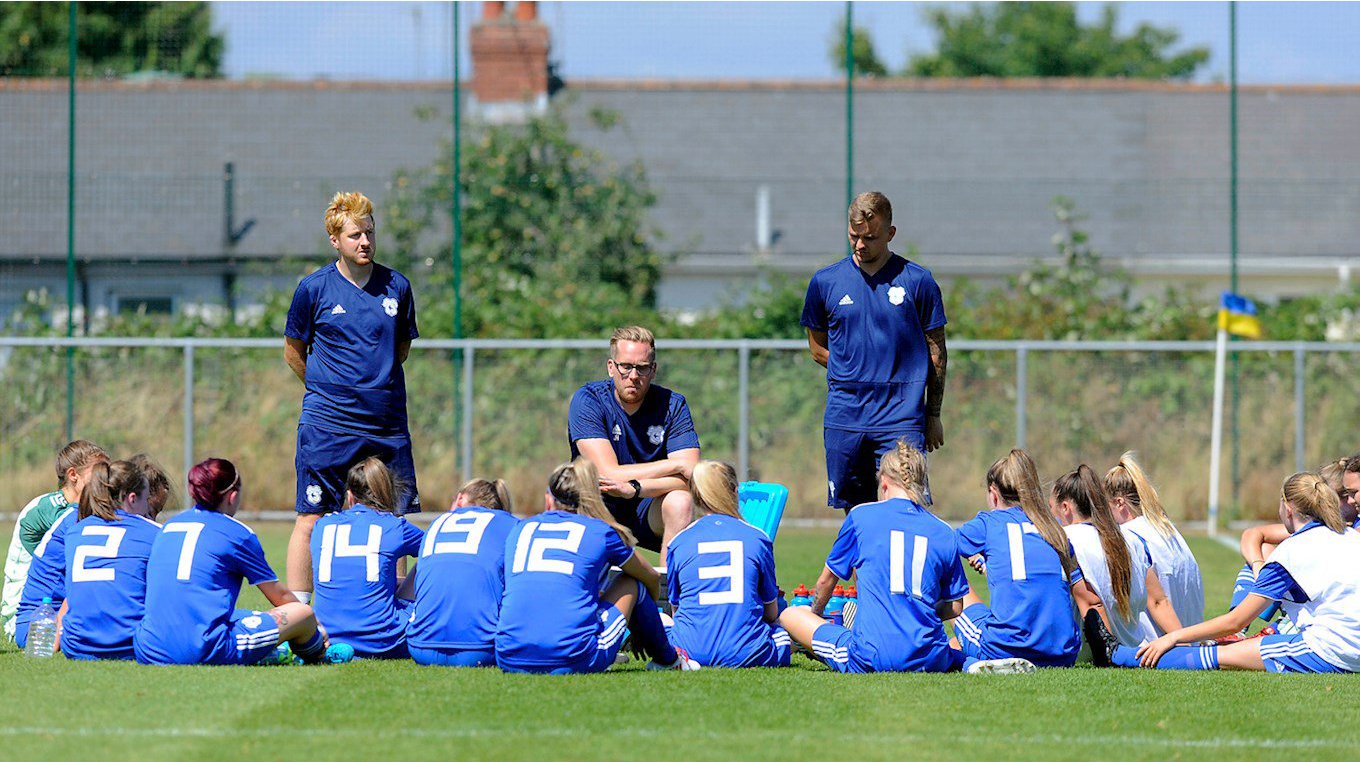 The Bluebirds side was rotated several times during the 90 minutes to ensure that each player got minutes under their belt. Darbyshire spoke of his satisfaction with another solid fitness and match test.

“It was a good run-out and with the heat it was quite testing,” began Iain. “There was a penalty and a few low moments, but overall we were quite solid and improved a lot from the first 20 minutes.

“We’ve an idea of how long we want certain players to play and we’re recording their minutes. Unfortunately, we had a couple of injuries, so a few players played longer than we would have liked. Although, it’s good to try players in a few different positions and find out what they’re about.

“Exeter City are next and they’re supposed to be a physical side. It’ll be a tough test. We’ve got tricky friendlies with the thought process of challenging the players and seeing how they respond. I think we need physical opposition because it toughens the players up and gives them practice on the field.”

Striker Catherine Walsh, who scored a penalty in the emphatic 7-1 victory over Larkhall Athletic Ladies FC last week, gave her thoughts on the match, pre-season and City’s team spirit.

“We worked hard as a team and it felt good. The girls got minutes on the ball and it’s always good to get that. Wolves are a very good side and we put in a good shift in the end.

“Pre-season is about getting minutes in and it’s always hard work in this heat. There’s no point in playing teams that aren’t going to give us a run for our money. We can only expect the best and give our best.

She concluded: “We’re not going to come up against sides in the Welsh Premier League as strong as those we’ve played. We’ll go into the competitive season, ready. The team spirit is great and can only get better. We’re all buzzing in training!”

Iain Darbyshire’s interview is now available on Cardiff City TV. You can also keep up to date with all of the most recent news via our official Twitter page - @CardiffCityFCW.