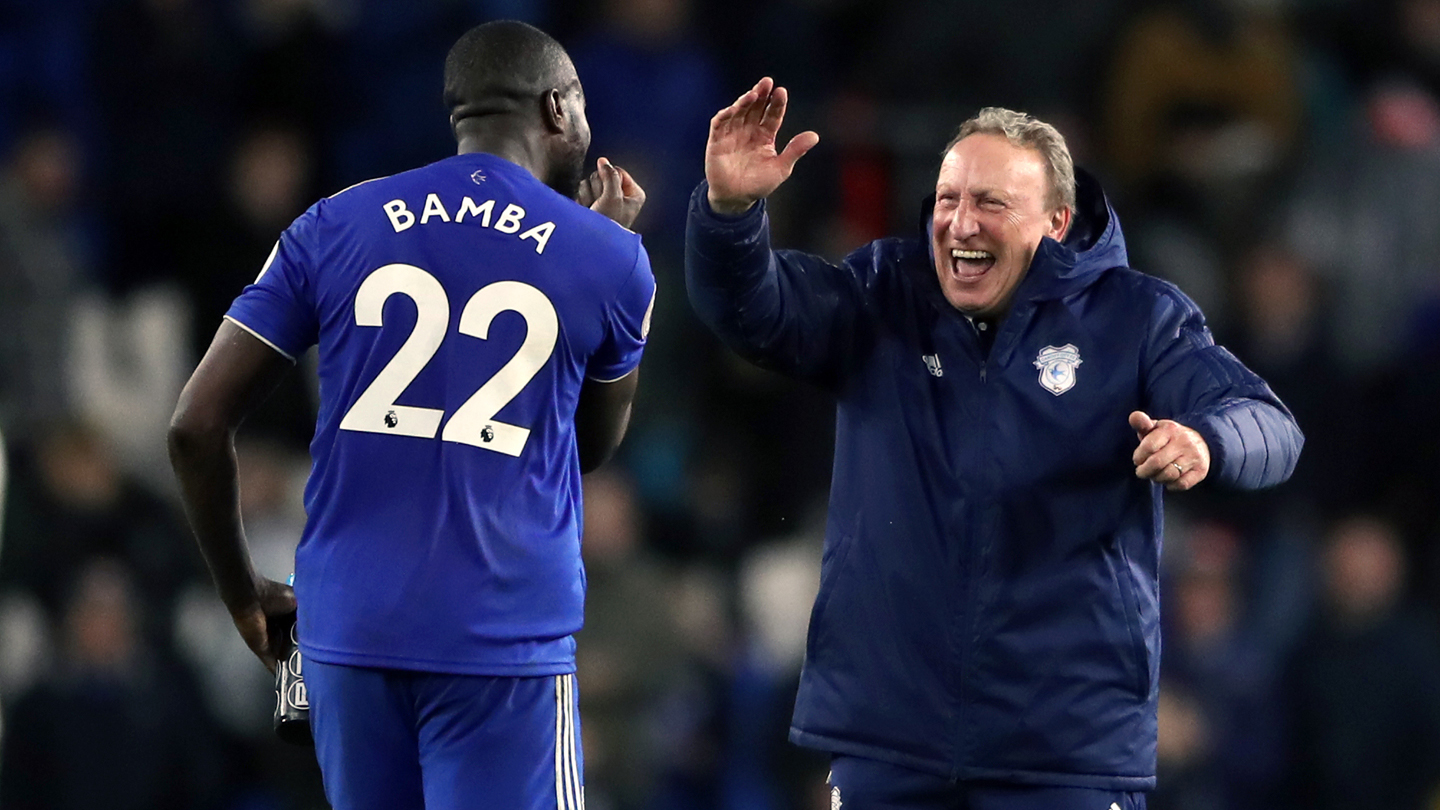 Bamba: We want to keep the momentum going

Speaking exclusively to Cardiff City TV, Sol Bamba called for the Bluebirds to replicate recent home performances on the road, as they travel to West Ham United on Tuesday evening.

City made it successive home wins as they beat Wolves under the Friday night lights at CCS, and Sol highlighted the importance of continuing that form away from South Wales.

"We thrive in important games," began Sol. "When the pressure is on, this group always reacts really well. We know we have to do better away from home too though. Performance-wise it's been good, but unfortunately the results haven't been there. We have to keep at it, and hopefully it will come.

"The start of the season was very difficult, playing a lot of the top teams. There are more winnable games now, although the Gaffer doesn't like us using that word, as he wants to keep us on our toes! We back ourselves and know that if we keep performing as we have done recently, we can come away with something."

The Bluebirds welcome Southampton to South Wales following Tuesday's clash with the Hammers, and Sol explained how they plan to deal with the busy December schedule.

"I'm not used to it anymore," joked the Bluebirds centre-half. "But we'll have to rest up and be ready to go again on Tuesday. When you're doing well, you want to keep the momentum going.

"Ideally, you'd have a week where you can train and have a couple of days of rest, but that's the fixture list - we all know what it's like. We're going to do our best in training and make sure we give a good performance on Tuesday."

Tuesday's encounter will be a first trip to London Stadium for Neil Warnock's men, and one that Sol hopes will end with a positive result.

"It's a new stadium for me," he added. "I played at Upton Park when they won the Championship while I was at Leicester, and also for the national team against Italy.

"I've not played at the new stadium though, so that will be nice, but as soon as the whistle blows you forget about things like that and try to get a result.

"It will be tough, especially away from home, and they've got a very good set of fans as well. Every away game in the Premier League is difficult, but we're full of confidence now after that result against Wolves."