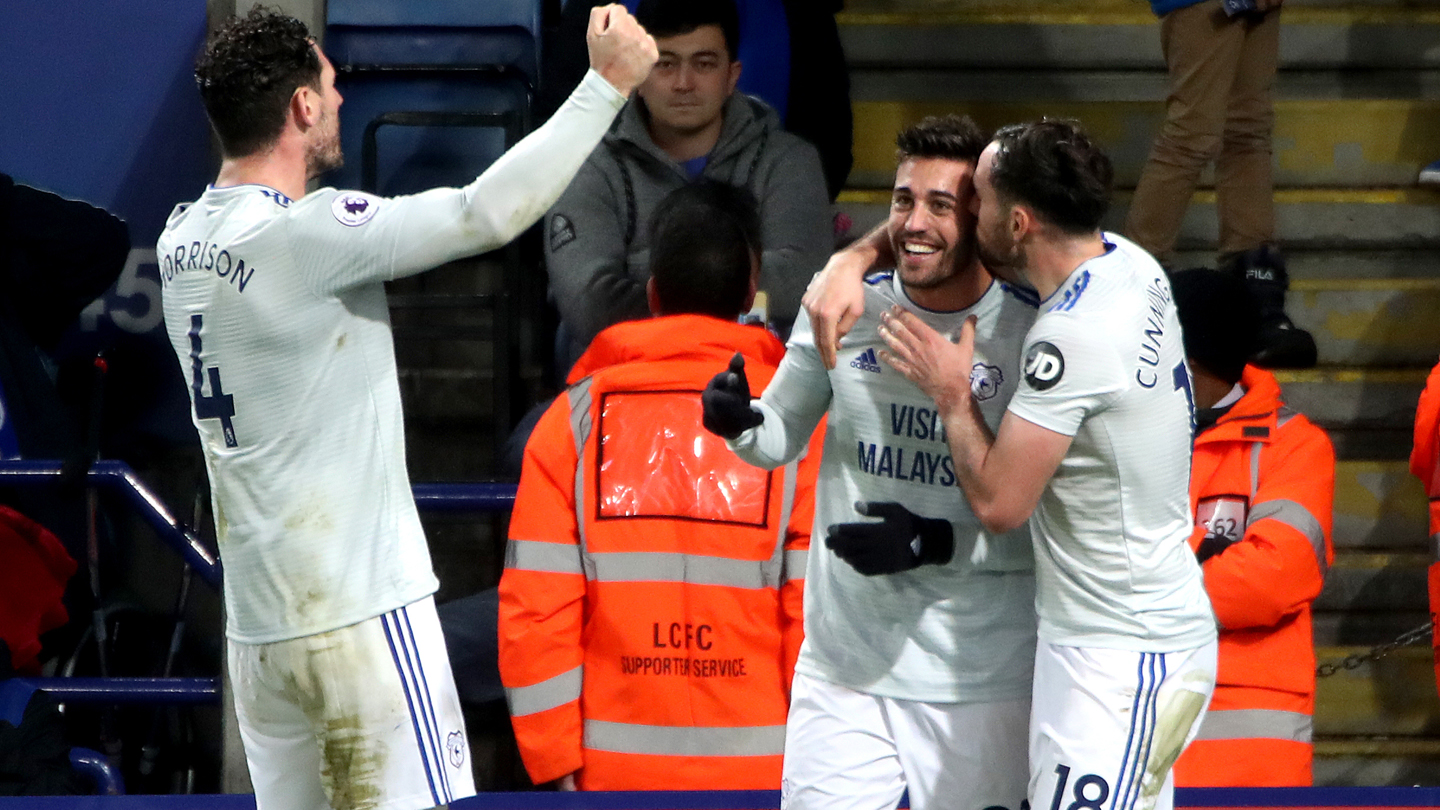 Cunningham: It's a deserved victory

Greg Cunningham spoke at King Power Stadium as Víctor Camarasa’s stunning injury-time strike earned the Bluebirds their first away win of the campaign.

“I don’t think he could have hit it any sweeter,” began the 27-year-old at the final whistle. “That’s the quality that he possesses and we’re very grateful to have somebody of his calibre at the Club.

“Away from home it’s vital to stay as solid as possible and the longer we hold on, the more the opposition will get frustrated. They’re the home side and have added pressure to entertain their home fans.

“Everyone’s been working so hard and putting a shift in and it’s a deserved result.”

Looking ahead to our New Year’s Day clash against Spurs at CCS, the left-back summed up the confidence around the team as the Bluebirds face Mauricio Pochettino’s men for our first game of the calendar year.

“Our confidence is growing every week,” he continued. “We’re more than capable of holding our own in this league but we know it’s going to be a tough match, especially after they lost at home to Wolves.

“We’ve been picking up a lot of points at home and the fans have been phenomenal; our stadium is so loud and very intimidating for teams to come to.”

The defender concluded by hailing the terrific vocal support from yet another sell-out away contingent.

“They were as vocal as ever and it spurs us on,” concluded the Republic & Ireland international. “They’re our twelfth man and especially when we’re away from home and up against it, they make a difference. To get that goal and win for them today was sweet.”