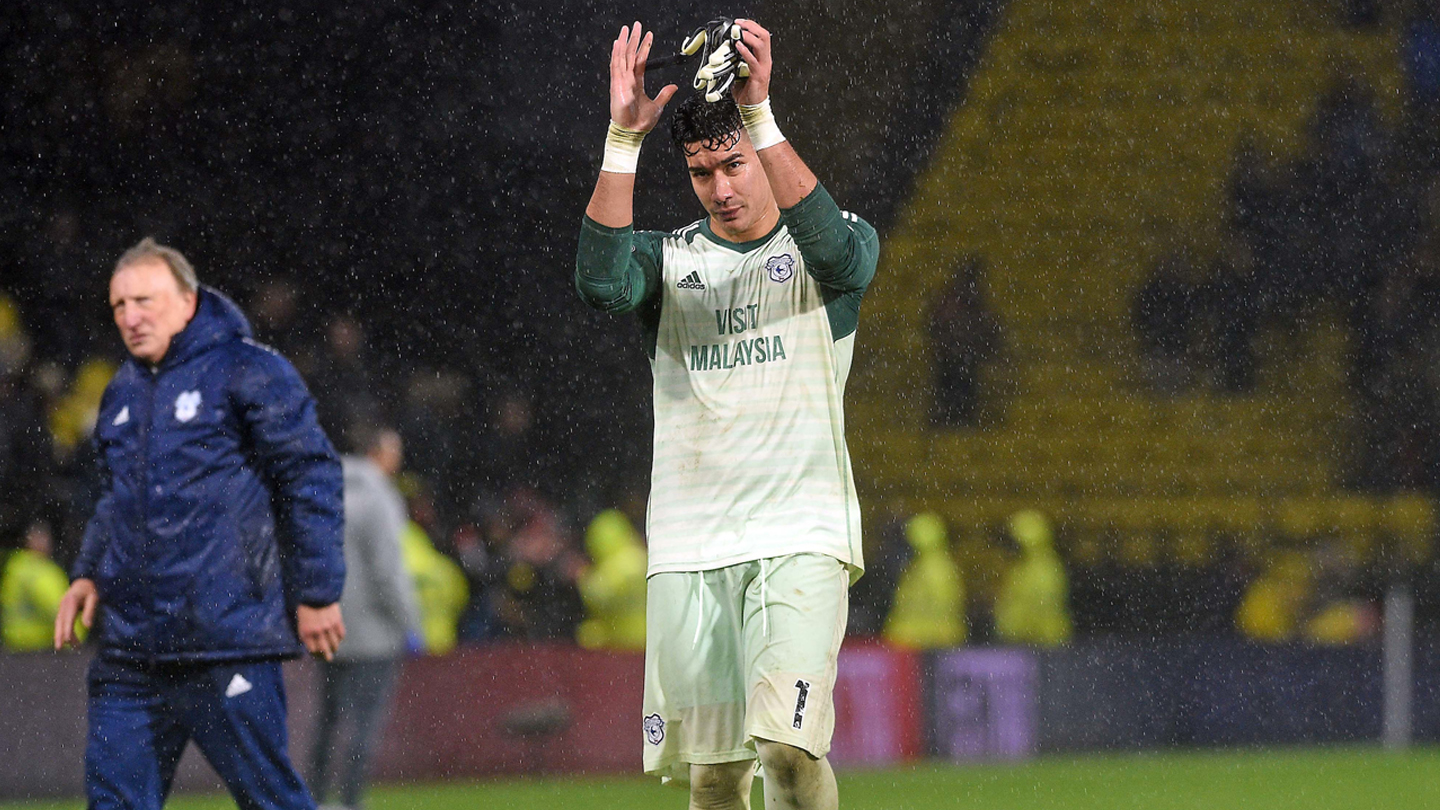 The City stopper made a series of fine saves throughout the 90 minutes to keep his side in the contest with the Hornets.

Whilst acknowledging that improvement must be made on the road this season, Etheridge looked ahead to our home clash with Manchester United next Saturday.

“We’ve got some big games coming up,” began Neil. “Obviously, we need to improve on our away form, but we are looking forward to being back at home next weekend.

“It’s important to bounce back next week. We’ve done it before, in recent weeks against Wolves and Southampton. We know that we are very strong at home and I’m sure we will be again next week.”

Fielding questions on his individual showing, Neil explained: “It’s always nice to put in a good individual performance, but it doesn’t put points on the board for us.

"It’s disappointing because the main thing today was to help our league position and pick up some extra points."

City return to home comforts at CCS against José Mourinho’s sixth-placed side, and Etheridge backed the Bluebirds to show what they’re capable of over the festive period.

“I think that we’ve performed well this season so far,” he continued. “We’ve exceeded the expectations set from the majority of the media. For us playing on the pitch, we know that it is important that we start picking up points away from home too though.

“The majority of people wrote us off before the season. You saw things online that said we’re meant to finish bottom of the league with a record low points total. We know it’s going to be tough for us to stay in this league, but for us, we’re just going to keep fighting and giving it everything we’ve got.

“The bigger picture is that we are out of the bottom three, and we have a four-point gap between us and the relegation places. We will keep proving people wrong; I believe we’ve got enough in this team and in this dressing room to do that.”