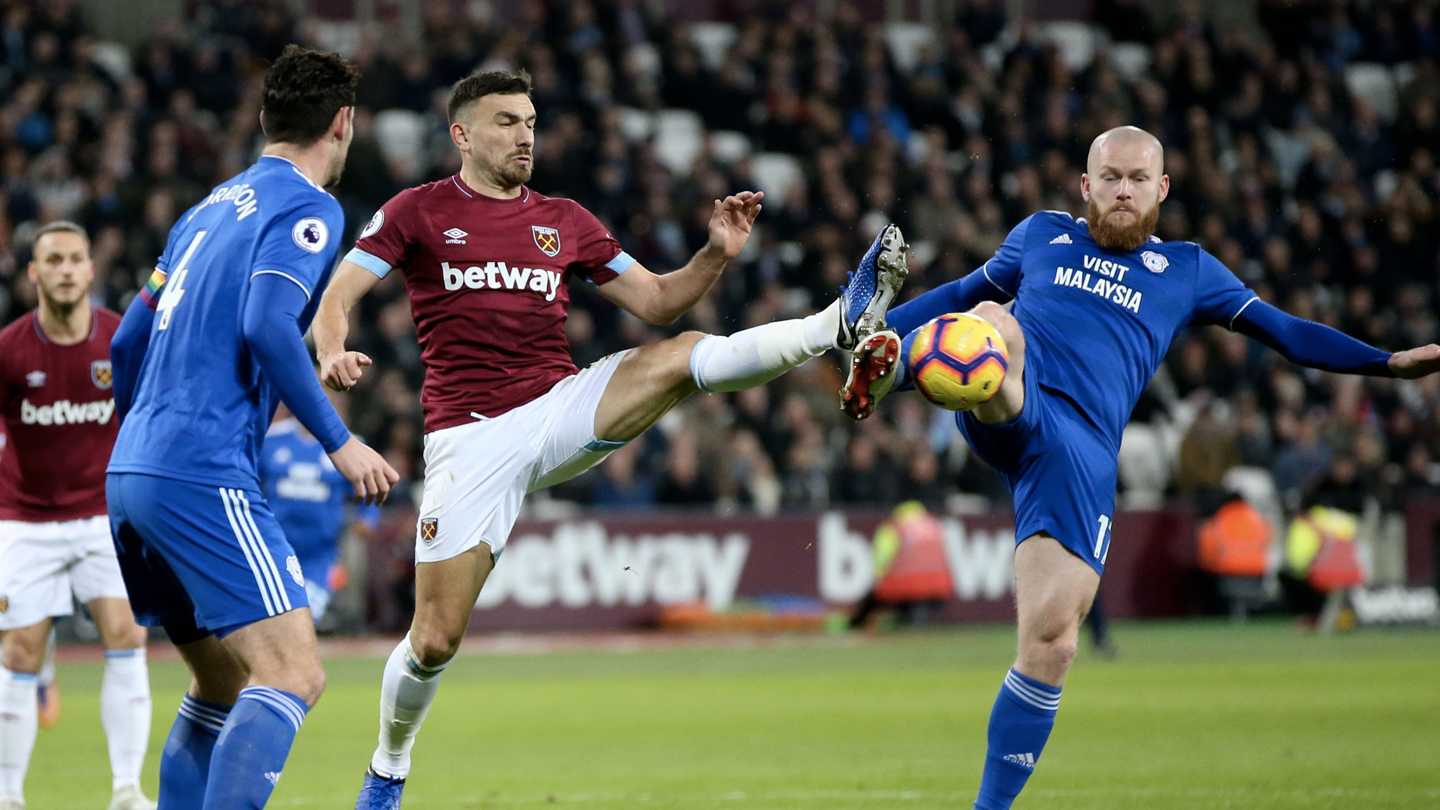 The Bluebirds suffered a 3-1 away defeat at West Ham United on Tuesday, December 4th.

There was just one change from the team that beat Wolverhampton Wanderers last time out as Joe Bennett replaced Josh Murphy. Junior Hoilett retained his place in the team after scoring a wonder goal winner against Wolves at CCS during that game.

Bruno Ecuele Manga and Sean Morrison were called upon early in the match as West Ham United pressured, searching for an early goal. Manga blocked from a Robert Snodgrass shot on eight minutes before the skipper was in the all-important place to deny the dangerous Felipe Anderson, inside the penalty box three minutes later.

City shot stopper Neil Etheridge also needed to be alert twice in quick succession after 20 and 21 minutes, saving from Angelo Ogbonna’s header and the follow up. West Ham’s strong start continued, and it was only a block on the line by captain Morrison that kept the scores level after 24 minutes. The City central defender with a superb back heel on the line to stop Marko Arnautovic’s powerful effort.

The hosts dominated the early proceedings but Neil Warnock’s men grew into the match. Víctor Camarasa’s strike from distance tested Lukasz Fabianski in the home goal on the half-hour mark.

City had a better chance to open the scoring on 35 minutes, as Arnautovic brought down Hoilett in the penalty box. Joe Ralls stepped up from the spot, but he was denied by a fine save from Fabianski. The final chance of the first half also fell the way of the Bluebirds, with Camarasa shooting at goal from a 25-yard free kick, only for the in-form Hammers goalkeeper to tip wide to his left.

The hosts came out for the second half in determined fashion and showed their clinical side, all but wrapping up the match within 16 minutes of the restart. Lucas Pérez, a summer forward signing for the hosts from Arsenal, came off the substitutes bench late in the first period to replace the injured Arnautovic and he struck two clinical blows on 49 and 53 minutes. Michail Antonio added a third goal for Manuel Pellegrini’s team on 61 minutes, heading home from a corner to give his side a big advantage.

City boss Warnock made three substitutions following these goals, bringing on attacking players Kadeem Harris, Josh Murphy and Nathaniel Mendez-Laing, but the Bluebirds were unable to find a way back into the match. The changes did help bring a consolation goal though in added time, as Murphy scored his third goal of the Premier League campaign, heading into the back of the net at close range.

City will look to bounce back from this defeat when Southampton visit Cardiff City Stadium on Saturday, December 8th.