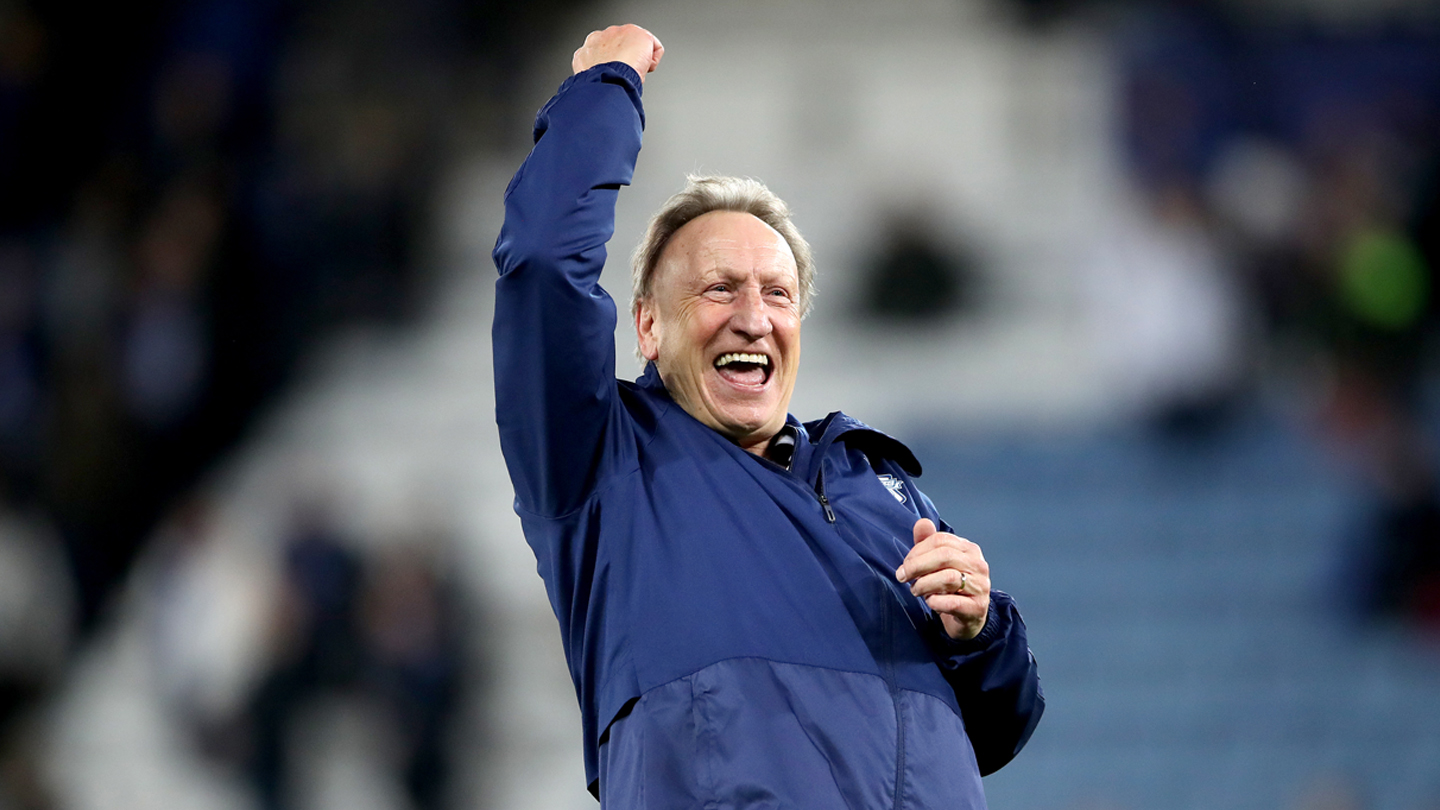 Warnock: A great result for the players & fans

Neil Warnock spoke at King Power Stadium after the Bluebirds secured a dramatic away victory in their final match of 2018.

Shortly after the jubilant celebrations at the final whistle, the City boss said his side were good value for their first Premier League win on the road in 2018/19.

“I’m proud of the lads today,” began Neil. “I thought we played some good stuff and deserved it.

“We got the late goal, but I felt we shaded it, and if we were a little bit more clinical in the final third we could have put it to bed.

“All credit to the boys, it took a penalty save to keep us in the game. I thought it was a very iffy penalty… Some would give it and some wouldn’t. But I thought the right result came about in the end.

“It’s a great result for us - not just for the players, but for the fans. We’ve had some great backing this year, and for them to go home happy down the motorway means an awful lot for us.”

Neil went on to explain how much his City side have improved, as we pass the halfway point in the Premier League campaign currently four points outside of the relegation zone.

“I can’t tell you how much we’ve improved since August and September,” he said. “And I think we can get better now, especially with one or two additions in January.

“I think we can give everybody a run for their money. We’ve got great spirit and we can play a bit - people forget that!”

Finally, the Gaffer commented on the match-winner, Víctor Camarasa, whose sensational strike sealed the points at the death.

“Víctor needed to come to a Club like ours,” said Neil. “He needed to be loved and welcomed, and he’s such a super boy.

“He does that regularly, but his free-kick was poor today and he shot into the stands just before. I keep telling him: ‘Keep shooting - I’ll never shout at you!'

"That’s because he’s capable of doing that.”