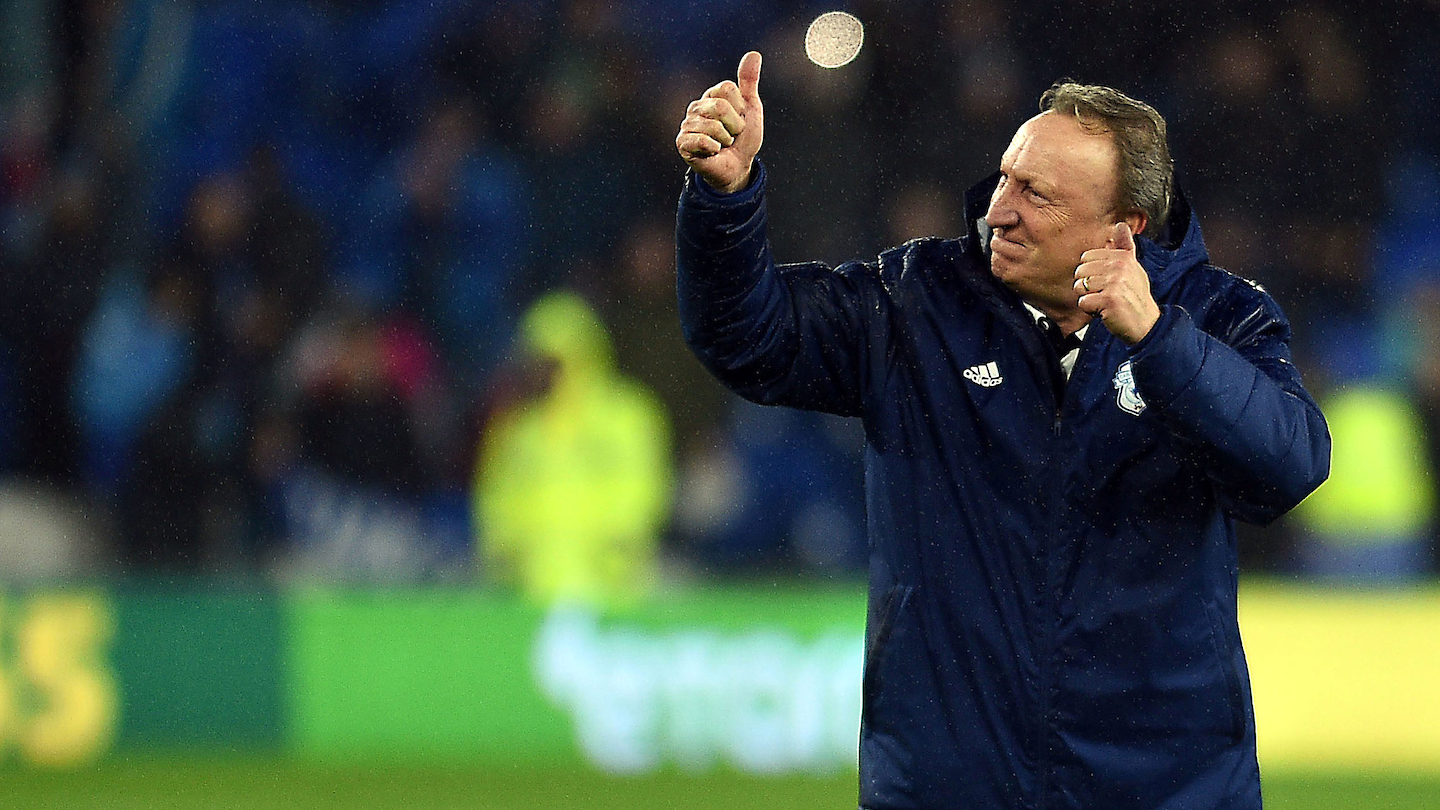 Warnock: I’m still in the game for days like this

Callum Paterson’s 74th-minute finish and fourth goal of the campaign sealed all three points for City and progression to 14th in the Premier League standings.

“It’s great to be sat here with three points,” began Neil following the final whistle. “I thought we deserved it because we had more chances and took our opportunity to win the game. We say that it’s just another match, but I realised when I woke up in the middle of the night that it would be a big, tough one.

“I’m not just proud of the team – I’m proud of the whole club and the fans. In the second-half, despite the horrendous conditions, they lifted the noise and they always seem to do that. It just spurs you on. The supporters work hard, come to watch the team and if they see us giving everything, they’re happy and there wasn’t one lad out there that didn’t give everything.

“I don’t honestly know what we’d do without Callum Paterson, to be honest. You’ve only got to look at the stats to see the amount of ground Callum covers and he’s just a tremendous lad because he’ll play anywhere and do anything for me. In the old-fashioned days, I used to say that he’d run through a brick wall for me. But, if I asked Callum he probably would.”

The Gaffer went on to reveal the reasoning for starting Nathaniel Mendez-Laing and Josh Murphy, before praising Harry Arter and expressing the impact that the supporters have on the team.

“I went for Mendez-Laing and Murphy today because I thought we could get in behind in areas, where we could utilise Paterson and we did. They replaced their right-back [Yan Valery] at half-time because of Murphy’s threat, so I thought I made a good decision in playing them.

“Mendez-Laing hadn’t played for six months, but he made Southampton know that they had a threatening player around and that helped to take their mind off things. I thought that was Harry Arter’s best game , because he was more disciplined, ran about well, tackled and was responsible. He’s a hell of good player when he plays like that and the fans love him.

“On another day, we could’ve scored two or three and made it a little bit easier, but that wasn’t to be. Days like this are why I’ve been in the game for so long. We know though it’s going to be a long, hard winter and we don’t get carried away.

“The big advantage for us is that we’ve got a group of fans, home and away that are 100% behind the lads and even if we’re losing, they’re so vocal and that takes so much pressure off the players, because they can concentrate on playing.”