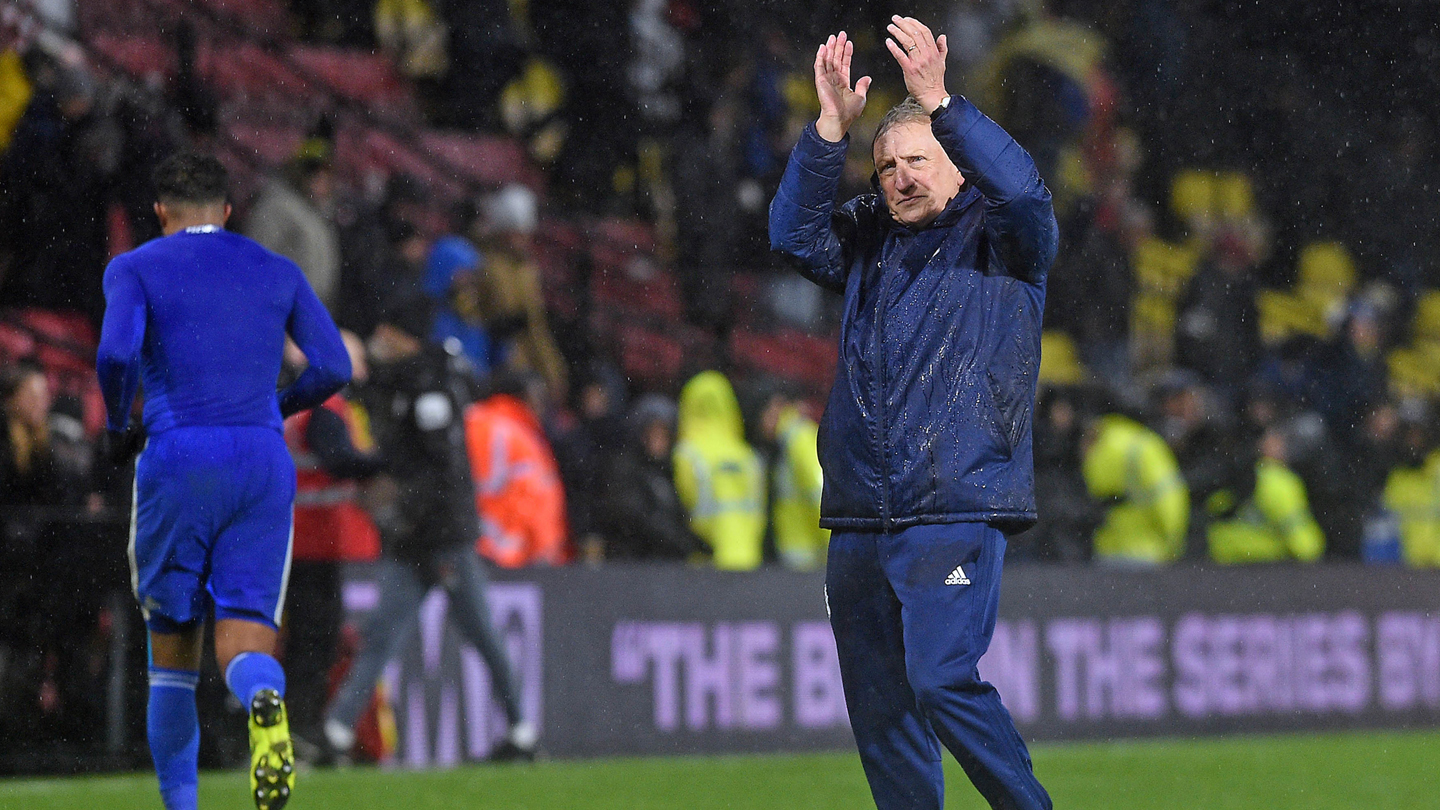 Warnock: The boys never give in

Neil Warnock spoke to the press and media at Vicarage Road after the Bluebirds fell to a dramatic 3-2 defeat against Javi Gracia’s Watford.

City fell behind after 16 minutes through a solo effort from Gerard Deulofeu, and further goals from José Holebas and Domingos Quina cemented the hosts' grip on the game.

The Bluebirds conjured up two late goals after a sublime Junior Holiett strike and a second league goal of the season for Bobby Decordova-Reid. However, it was not enough for the visitors, who left empty-handed despite their late fighting spirit.

“The lads did well at the end and they never gave up,” began Warnock. “We tried to frustrate them and thought we could have a go at them in the last half hour but it didn’t work out.

“Individual errors today have cost us, which we’d have got away with in the Championship, but not in the Premier League. It is disappointing, but all credit to the boys, they never give in and went until the end.

“It will be the best result of the season if and when [a first away victory] comes," he continued. "We’ve got two tough away games at Crystal Palace and Leicester coming up after we host Manchester United next weekend.

“We’ve got to be a little bit more positive in certain areas and not as apprehensive.”

Warnock hailed the individual performance of Bluebirds shot-stopper Neil Etheridge who made several top-draw saves to keep the visitors in Saturday's affair.

“He’s been like that all season,” he added. “He’s improving and has been working on his positioning with Andy Dibble. Now he’s feeling comfortable at this level. He’s got strong feet now which has given him a better opportunity to be more agile. He was a big plus today.”