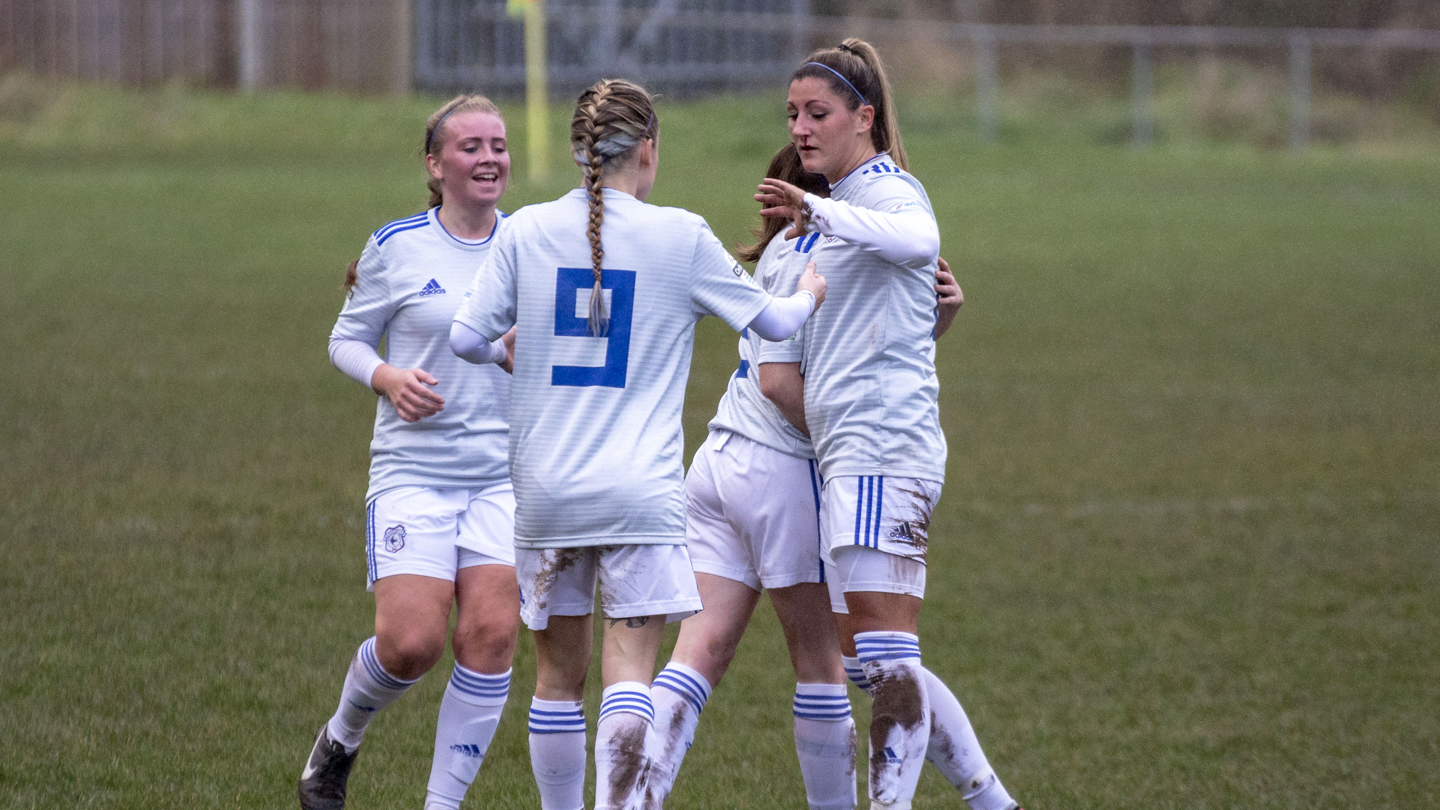 Women | Danielle Broadhurst: “We just worked our hearts out!”

Danielle Broadhurst broke the deadlock after 32 minutes, with a stunning strike from the outside right of the area. Then after the interval, it took the hosts 17 minutes to find an equaliser through Laura Davies’ free-kick and that was the final goal of normal time. Extra-time begun and Broadhurst hammered home a wonderful volley, just eight minutes in, to secure a brace and seal City’s victory.

“I think we were unlucky not to win it in normal time,” began Joel following the final whistle. “We could’ve done without playing 120 minutes, but that’s what happens in the cups if you don’t take your chances in the game and you get penalised a bit later on. With the size of squad that we had, we had to leave two players out and we were able to use that fourth sub in extra-time. That shows the benefit of having the squad size that we’ve got.

“Before extra-time begun, I just said that we had to keep on playing the way that we had been and for large spells of the game we dominated possession and were always a threat in behind - I asked them for more of the same. We explained that every single one of them needed to dig deep if we wanted to win the game and we knew that Abergavenny would have a good go at us – they’re known for working hard as a unit and as a team. We needed to try and replicate that and in the past couple of weeks, we have and it was more of the same really and they kicked on.

“Semi-Finals are the kinds of games that you want to be involved in and as I’ve previously said, historically we’ve not done particularly well in the League Cup. Hopefully we can kick-on in the Semi-Final and book our place in the Final. The girls want to be playing in games like that and if we play like we did today - we’ll be a match for anyone.”

Broadhurst’s brilliant brace proved to be the difference between the Bluebirds and the Pennies and Emily Griffiths also made her City debut at left-back. Joel concluded: “Danielle [Broadhurst] was brilliant and she’s always been an important player for us, but you have to take your hat off to her for having come back from giving birth and working really hard in pre-season. She had some extra sessions with Richie Hughes – our S&C coach and she was training hard with him as well as with us and it just shows the work ethic and determination that she has. She’s arguably been one of our better performers this season, especially over the last two games.

“We knew all about Emily [Griffiths] through trying to sign her in the summer and there’s been a long, drawn-out process. We’d to fill out an application for FIFA to get special clearance to sign her and then we had to wait for international clearance to come through from the FAW, which in fairness came through on Friday. It was a no brainer for us and she’s been brilliant, trained and hardly missed a session, knowing that she couldn’t play in matches, so her starting was a reward for all the hard work that she’s put in, since coming to our open training session back in June.”

The goals were Broadhurst’s opening two of the 2018/19 campaign and the 26-year-old gave her thoughts, adding: “I thought the team played outstanding today and every single player put everything into the game. My goals weren’t bad and I’ve been practicing my shooting, but nothing’s come off like that in training, so to score those was a bit of a shock to be honest, but I’ll take them.

“It’s really good to win here twice on the bounce because they’re a really good team and we just worked our hearts out. We’re into the Semi-Final now, so bring it on!”