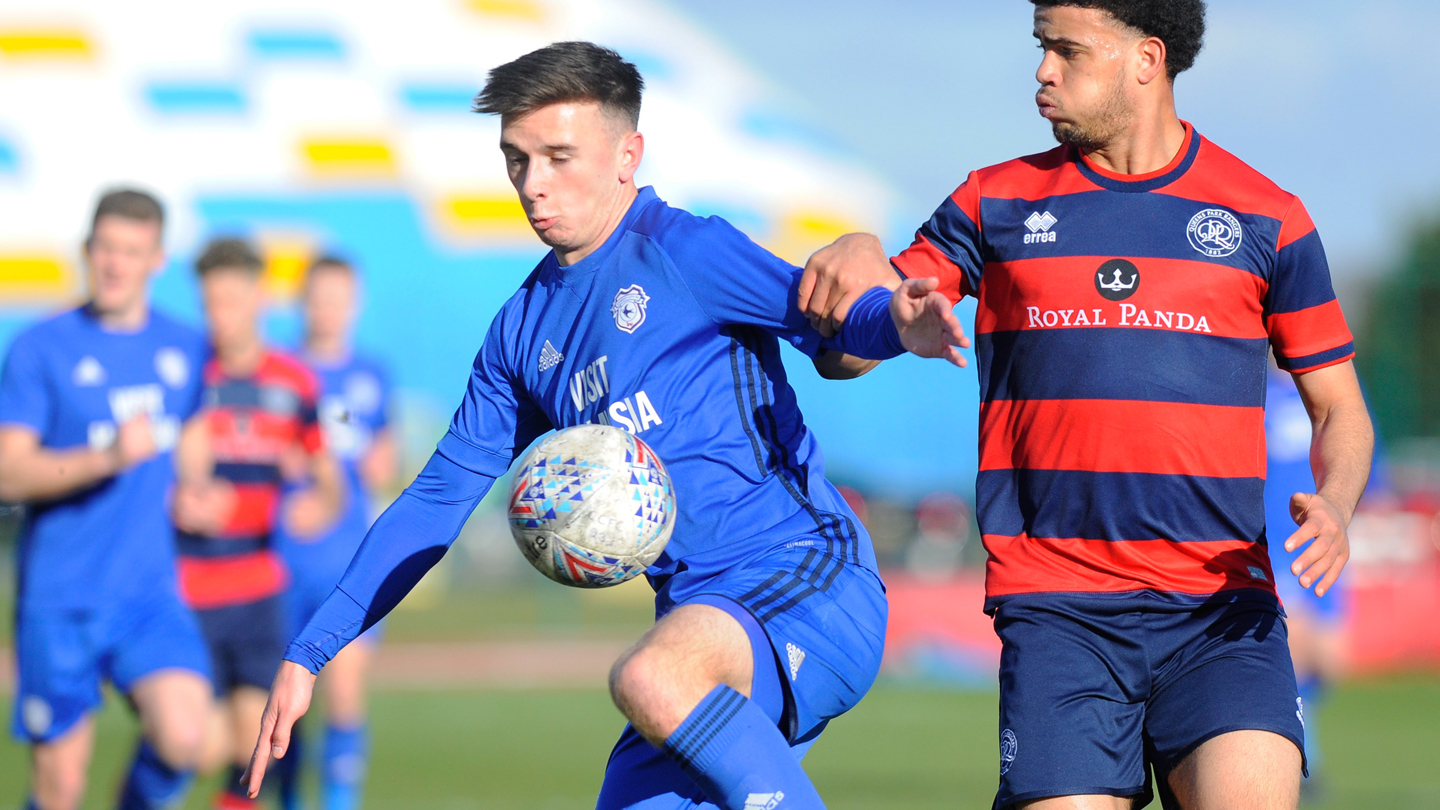 Cardiff City U23/DVP side secured a home victory over their QPR counterparts in an entertaining game at Cardiff International Sports Campus.

City had raced into a three-goal lead by the interval, before a second-half brace from former Bluebird, Jay Emmanuel-Thomas, closed the gap.

The young Bluebirds started strongly as Kadeem Harris and Rhys Healey both went close in the opening quarter of an hour.

At the other end, QPR's first opportunity fell to Romeo Akinola, who struck wide of the post.

City then took a deserved in the 17th minute, as Mark Harris hit home from inside the box after a period of pressure from the hosts.

The Rs spurned opportunities to equalise as Deshane Dalling smashed over the bar, and Aaron Eyoma fired straight at Warren Burwood in the City goal.

Jarred Harvey's men made them pay just after the half-hour mark as superb feet from Kadeem Harris saw him generate the space to fire low across goal and into the bottom corner.

With half-time looming, City were given an opportunity to stretch their lead as their trialist no.7 was brought down in the area. Mark Harris made no mistake with the penalty, confidently netting his second and the Bluebirds' third.

Emmanuel-Thomas struck a fine right-footed effort just six minutes into the second-half to pull one back for the Hoops.

As the second period wore on, the hosts did have chances to stretch their lead through both Healey and Mark Harris.

However, QPR ensured a nervy finale to the game as Emmanuel-Thomas got on the score-sheet once again - this time converting a spot-kick after Ody Alfa was taken down.

The City back line held firm during three minutes of additional time, seeing them record a well-earned home victory.