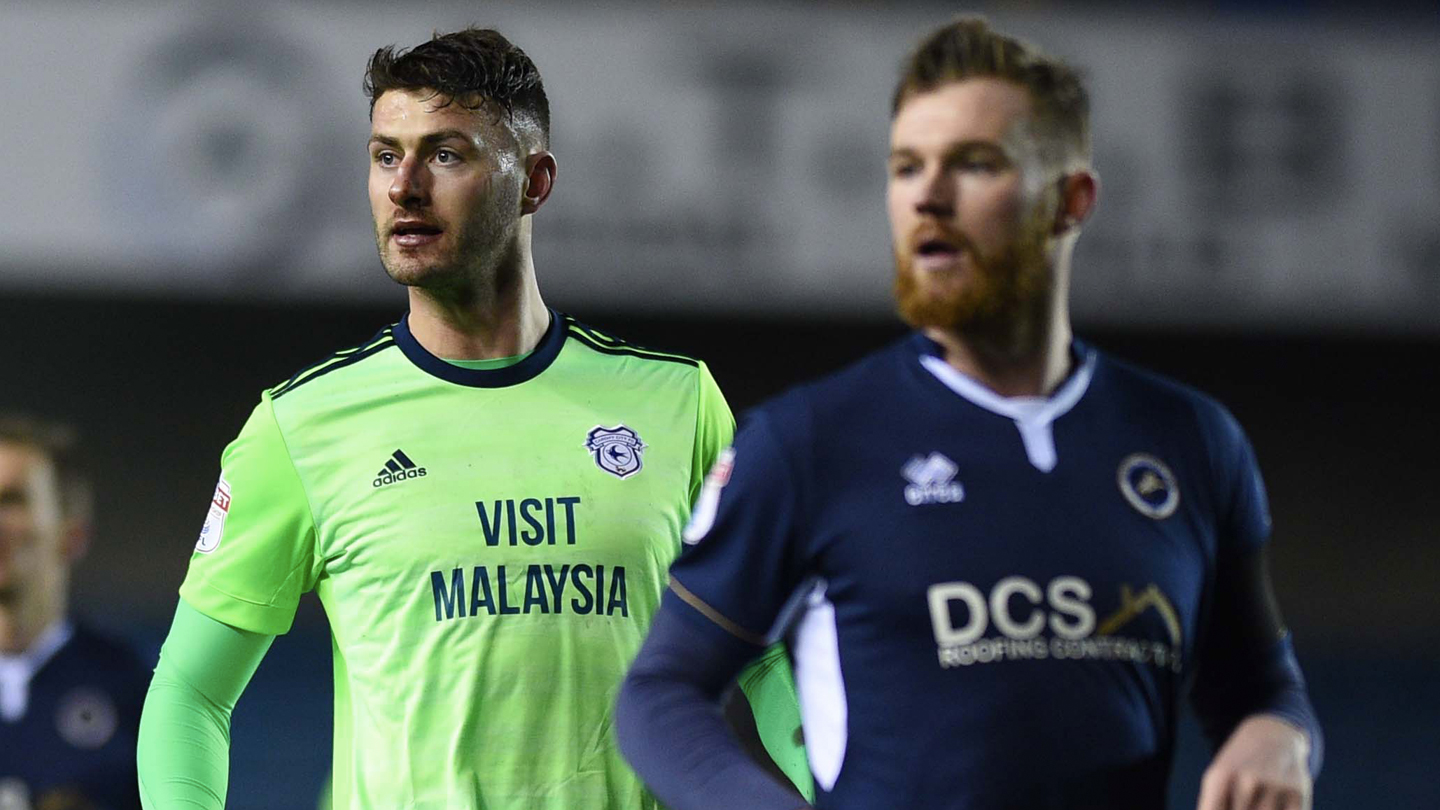 Cardiff City drew 1-1 with Millwall at the New Den on Friday, 9th February 201

Neil Warnock made two changes to the side that defeated Leeds United last time out, with Joe Bennett and Nathaniel Mendez-Laing replacing Armand Traoré & Yanic Wildschut.

The Bluebirds began strongly, with Canadian winger Junior Hoilett pulling the strings from the opening minute. Holiett was cynically fouled inside 90 seconds, with Lions full-back Mahlon Romeo being shown a yellow card. The battle between these two continued almost instantly.

It was that man Hoilett again causing problems, and he drove through the middle of the park after robbing Romeo of the ball. That hesitation from the Antigua and Barbuda defender gave Hoilett time to run forward and shoot - and he made no mistake from 20-yards, firing a low right footed shot under the arms of Jordan Archer to give Cardiff City a one-goal advantage after just four minutes.

The home side grew into the match as the half went on and hit the woodwork after 23 minutes. Steve Morison timing his jump perfectly to control Ben Marshall’s cross, before firing a left footed volley towards goal - with the ball cannoning to safety off the crossbar. Morison, a key man in the Millwall attack throughout the match, had two further shots in the following moments but Neil Etheridge was on hand to save on both occasions.

Morison’s strike partner Lee Gregory then struck a low effort towards goal from 30-yards on 39 minutes, but it drifted just wide. This was a sign of things to come for Neil Harris’ side as Gregory levelled the match one minute later. The former Halifax Town forward ran onto a low cross from Jed Wallace to power a shot beyond Etheridge.

Cardiff City captain Sean Morrison made a crucial interception on the stroke of half-time, back-heeling to safety from underneath his own crossbar to ensure the game was level at the break.

The Bluebirds had the first real opportunities in the second half with Gary Madine's shot blocked on 52 minutes, before Marko Grujić fired the rebound wide.

Philippines international Etheridge was called into action soon after, superbly reacting to Ben Marshall's shot despite the deflection off Manga to tip the ball around the post. He continued a strong showing when Millwall winger Wallace found space on the edge of the box to fire at goal, but our No.25 did excellently to save the initial shot and gather the follow up.

The Bluebirds thought they had taken the lead for the second time on 83 minutes as Sol Bamba acrobatically volleyed home, only for referee Keith Stroud to pull the game back for a Cardiff City free kick after initially playing the advantage. Hoilett stepped up to take the set piece from the edge of the area, the ball hitting the wall before Callum Paterson headed over.

Scottish international Paterson went close again with just three minutes left on the clock, only for George Saville to clear his header off the line. He was again involved in the final talking points of the match, firing over with his left foot after reacting to a mistimed back pass on 90+3 minutes before having a shot cleared by the hand of a Millwall player just seconds later. It was a tough match, with plenty of talking points. The Bluebirds eventually forced to settle for a draw.