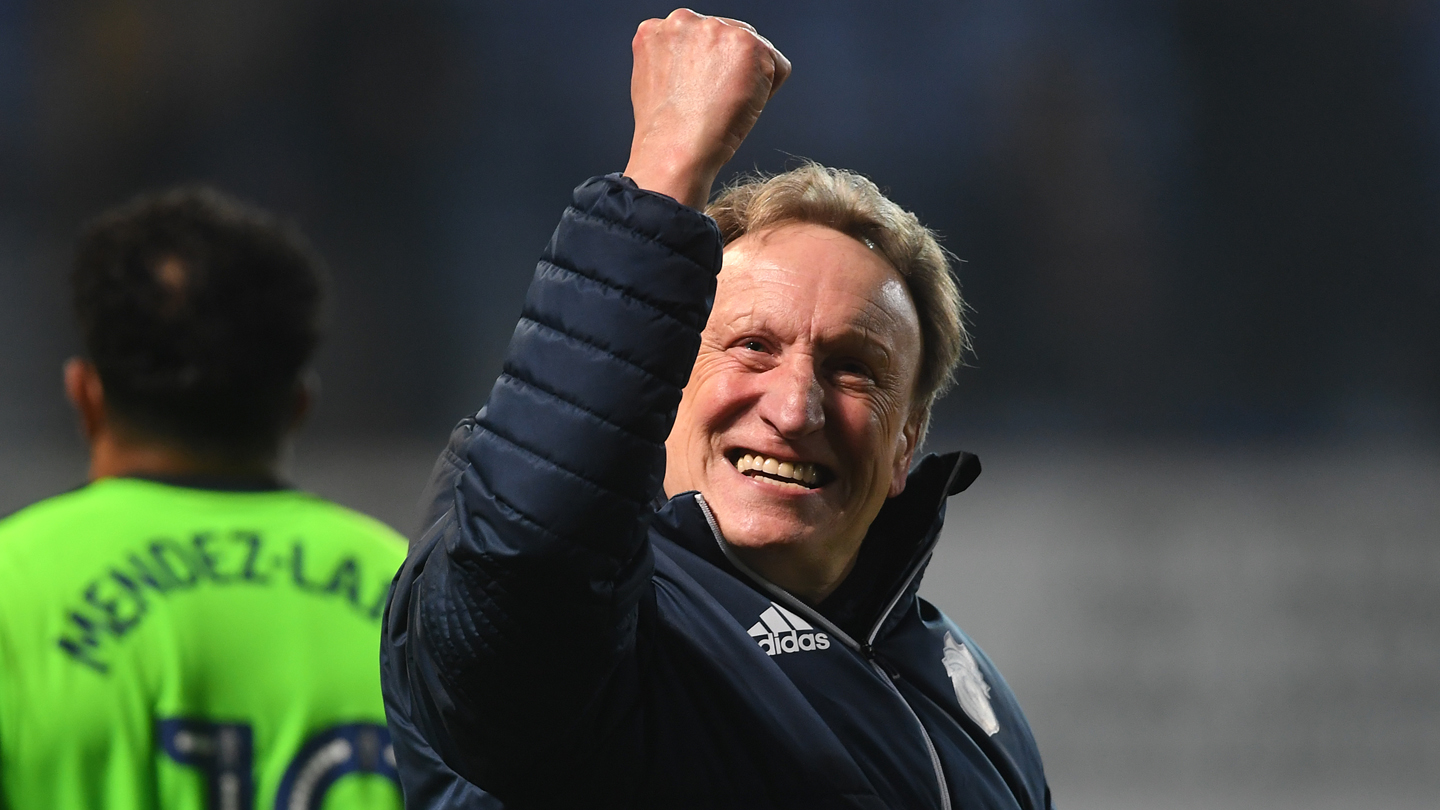 Neil Warnock addressed the assembled press and media following City's 1-0 victory away to Ipswich Town, praising his injury-stricken side’s resolute performance as they recorded a crucial win at Portman Road.

“It was fabulous to come here and get three points,” began Neil. “We’ve had a nightmare 48 hours with injury, as we lost Traoré, Bennett, Paterson and Peltier - and then Morrison came off.

“We had players playing out of position and some that haven’t played in a long time, so all credit to the lads – they’ve been fantastic!

“It’s another clean sheet, and we always said that 16 would get us into the play-offs. Now it's just one more and we’re there!”

The Gaffer went on to explain just what City did in the second half to win the match, as he praised Kenneth Zohore for getting back amongst the goals.

“Madine was not quite fit although he had to come on at half-time," he continued. "I couldn’t see us getting anything without him, and he changed the game.

“Zohore was never going to score through a nice, sweet strike with his left-foot. It had to be an awkward, horrible bouncy one and I love to see those go in – especially with our fans down that end.”

The Gaffer concluded by giving an injury update ahead of Sunday’s Severnside Derby at Cardiff City Stadium - [tickets here]!

“Sean Morrison looked a bit stiff and we didn’t want to risk him with the big game on Sunday," added the City boss. "Lee Peltier is out for a month, but we’ve got Craig Bryson back, and Loïc Damour had 90 minutes under his belt.

"Joe Bennett missed out with an upset stomach, but hopefully we’ll have players like Aron Gunnarsson back in contention soon - he will be very important for us towards the end of the season.

“We’re going to keep going and take each game as it comes now. No extra motivation is needed for Bristol City - it’s going to be a cracking atmosphere, and a cracking game.”

Watch the Gaffer's post-match press conference in full on iFollow Cardiff City above!