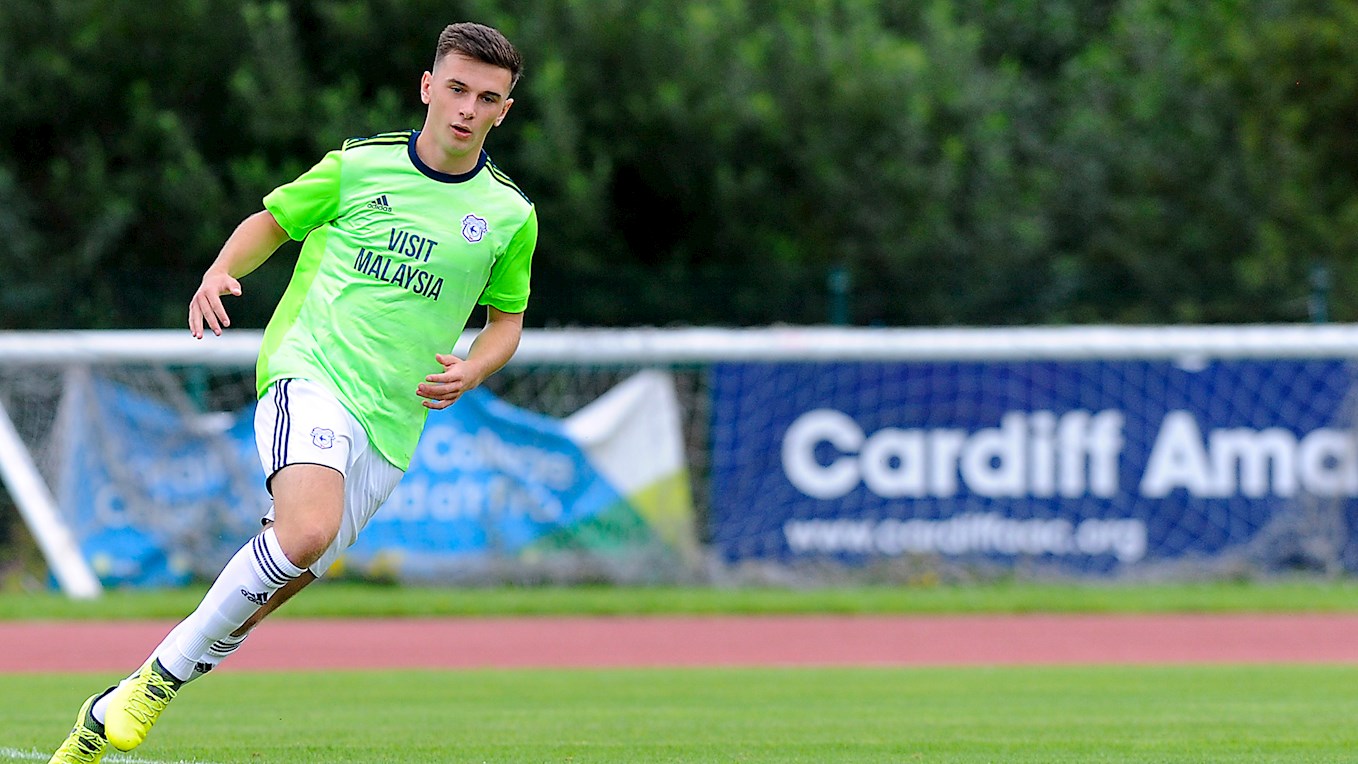 Ibrahim Meite scored the only goal of the game to round off a dominant display from Jarred Harvey’s side.

The Bluebirds started the match on the front foot and had their first opportunity with just six minutes played. A dangerous cross was met by one of our two starting trialists, but his header was saved well by Tom Bilson.

Cardiff City continued to press and came close again two minutes later. Rhys Healey cut the ball back to Mark Harris, but his effort was denied by the outstretched leg of the Sky Blue’s shot-stopper.

However the visitors were deservedly ahead with 10 minutes on the clock. Former Crawley Town loanee Meite clinically finishing from close range to make it 1-0.

Harvey’s troops dominated the play up until the half time whistle and could’ve extended the lead just after the half hour mark. Healey tried his luck from range but the ball flew just over the crossbar.

Chances continued to come in favour of the away team after the break. Scottish centre half Paul McKay saw his close range effort cleared off the line following a well-worked Bluebirds corner.

Meite came close to his second of the match in the dying moments. The striker surged into the area before unleashing a powerful curling strike which was tipped wide of goal superbly by Bilson once again.

The referee blew his whistle moments later for full time as Cardiff City’s U23 side came away with a hard-fought victory away from home.