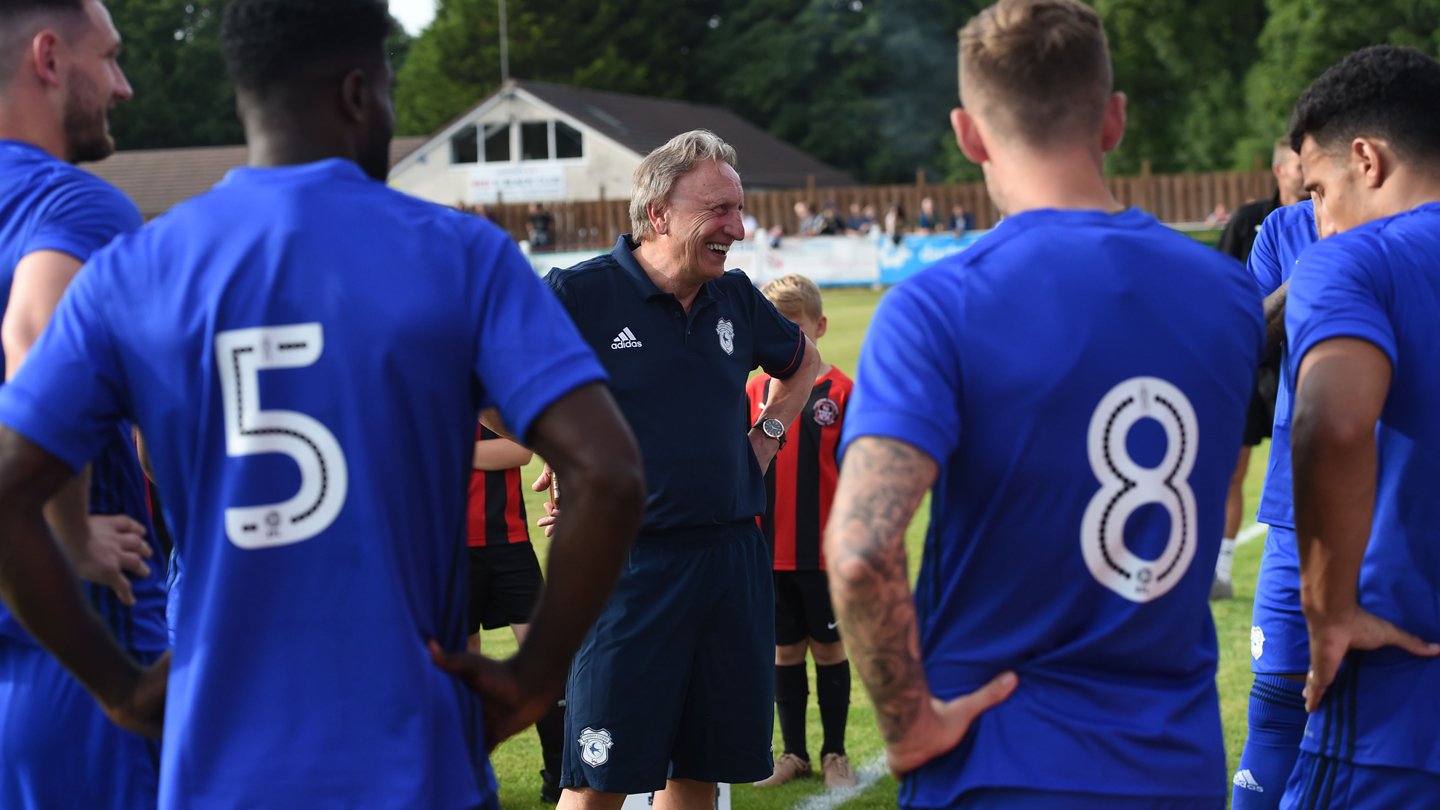 Following Friday’s curtain raiser at the home of Taff’s Well, the Bluebirds head to the South West for a week-long tour, taking in three first team fixtures.

Neil Warnock’s men begin the week with a visit to Langsford Park, to face Tavistock AFC on Monday, 16th July. Tickets are available for purchase at the gate for those who have made the journey to Devon, with adult tickets priced at £10, concessions at £7 and under-16’s at £2. Gates open at 5pm.

The Lambs currently compete in the South West Peninsula League Premier Division, which is the tenth tier of the English football pyramid. Last season, Tavistock finished second in the division, behind Plymouth Parkway. The club play at Langsford Park, which has a capacity of around 2,000.

Tavistock are managed by Stuart Henderson, who told the local press, “I am absolutely delighted that Cardiff City are coming to Langsford Park. This will be a massive test for the players to try and compete with top quality Premier League opposition.”

The Lambs have already played two pre-season matches this summer, with a 2-1 defeat to Tiverton Town on July 10th and a 5-1 loss to Plymouth Argyle on July 14th. Tavistock took the lead against the Pilgrims through striker Lewis Coombes, only to be pegged back by their local League One opposition.

After tonight’s match, our hosts will face four friendly fixtures against Plymouth Parkway, Bere Alston United, Taunton Town FC and Bideford FC. The competitive season kicks off for Tavistock on Tuesday, 7th August, with an away trip Godolphin Atlantic AFC. After last season’s second place finish, the Lambs will be looking to go one better this term, and clinch promotion to the Western League Premier Division.

The Bluebirds visited Langsford Park a year ago to the day, opening last season’s tour with a 7-2 victory against the Lambs. Nathaniel Mendez-Laing opened the scoring after only two minutes with a deflected strike, before goals from Idriss Saadi and Kenneth Zohore extended City’s lead.

Adam Carter got one back for the hosts midway through the first half, only for our goalscoring trio of Mendez-Laing, Zohore and Saadi to double their personal tallies, taking the score to 6-1 at the break.

Carter earned himself a penalty in the second half and netted the spot kick to secure a brace of his own for Tavistock, before Joe Ralls calmly slotted into the bottom corner to seal the victory, ensuring an excellent start to the pre-season tour for City.