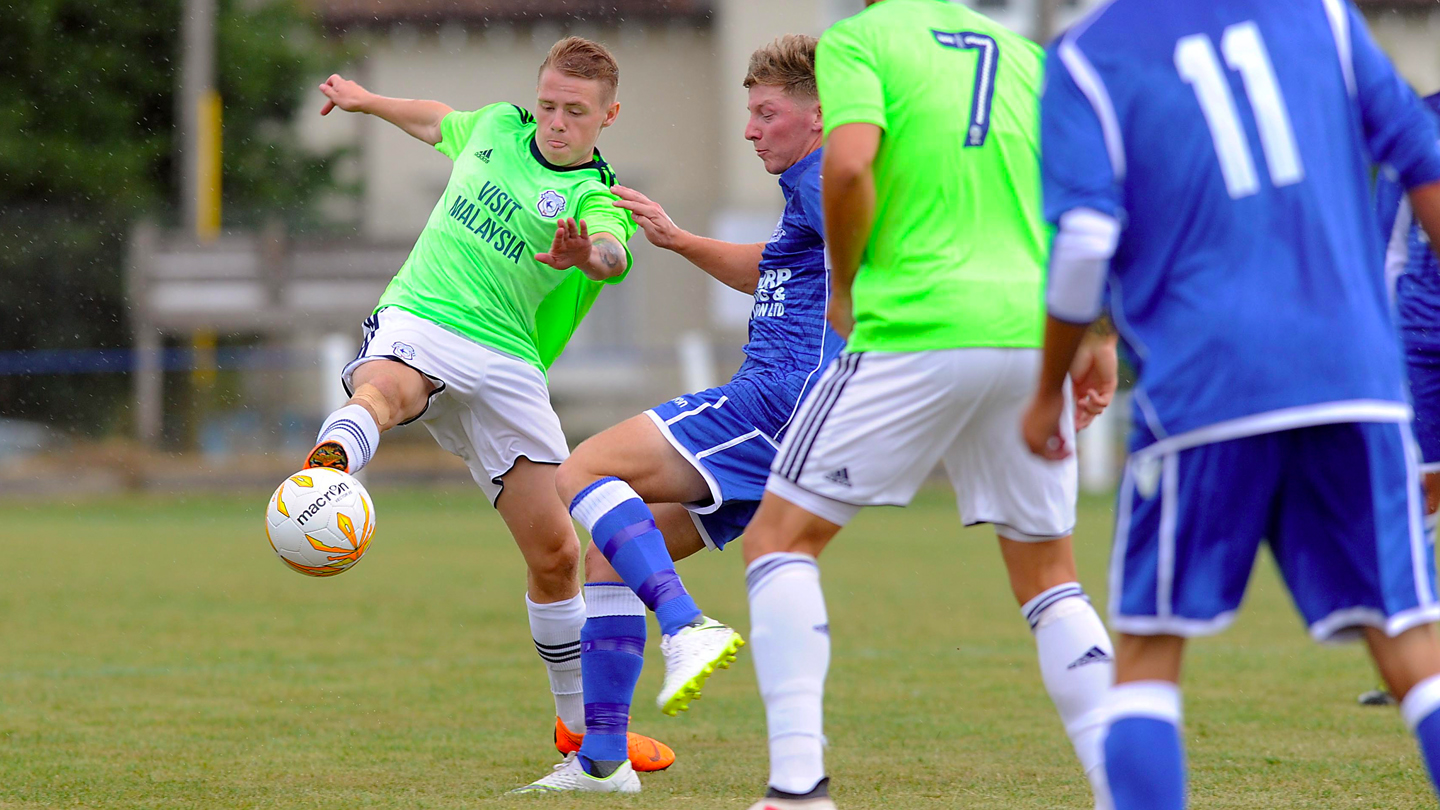 The young Bluebirds saw off the Blues with an emphatic victory to earn a 100% record in their pre-season tour of Cornwall.

As the rain began to pour down from kick-off, City took a deserved lead early on. From 20 yards, the lively Lee Tomlin saw his curling effort deflect off a defender into the back of the net to break the deadlock.

The lead was doubled nine minutes later and Tomlin was involved again. The playmaker dribbled towards the box before twisting his marker and setting up Braydon Shaw who made no mistake to power home first time from 20 yards.

The home side grew more into the game as it approached the half hour mark. Lee Camp had to be at his best to deny James Lorenz what would’ve been a sensational goal from 35 yards.

Anthony Pilkington proved to be a problem for the hosts due to his persistent pressure on the Blues’ back-line. The forward saw one effort glance just wide of goal from close range before another was saved superbly from distance.

Pilkington was then rewarded for his efforts by earning a quick-fire brace in first half stoppage time. His first came after tapping home a well-worked move which saw James Waite surge into the area before setting up the forward.

Second, City's number seven clinically finished at close range after seeing Shaw’s deflected effort loop over into his path, to make it 4-0 at the break.

Harvey’s men continued where they left off in the second half. Waite capitalised from 10 yards following a well worked move which involved fancy foot-work and skill in the box from both Tomlin and Pilkington.

Moments later, the Bluebirds received a penalty after Tomlin was brought down by Liskeard’s shot-stopper. Pilkington stepped up and calmly dispatched the ball down the middle to make it 6-0.

The Bluebirds added a seventh goal shortly after the hour mark. Waite was on hand to stroke the ball home after Rhys Healey’s effort deflected to his path.

Box-to-box midfielder Laurence Wootton was next to get on the score-sheet for the Bluebirds. The number 16 directed a low left-footed drive into the far post from 25 yards.

The goals continued to come as Healey finally got his name on the scoresheet. The forward kept his composure to make it 9-0 from close range, with 20 minutes remaining.

Just six minutes later, it was double figures. Substitute Jacob Evans set up Trialist [15] who hammered home from 10 yards to increase the high-scoring.

The Bluebirds still weren’t finished as they rounded off the scoring by making it 11-0 with eight minutes to go. It was a fantastic individual goal from Shaw, who dribbled into the area and expertly placed the ball into the bottom corner of the near post.

At full time, victory was confirmed for the impressive U23s who will look to continue their unbeaten pre-season run when they travel to face Hereford on Saturday, 28th July 2018.