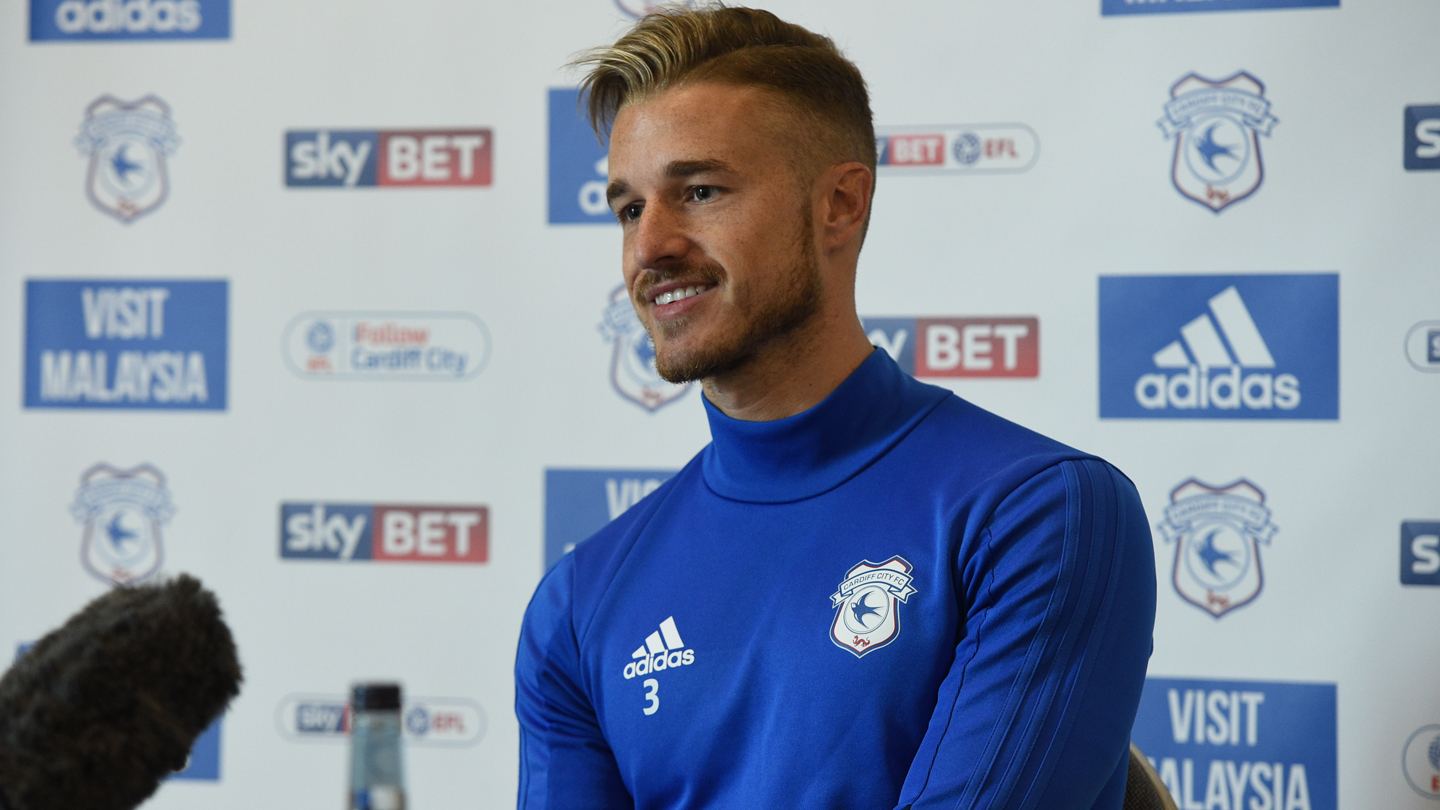 Bennett: Now is the time for focus

Joe Bennett was in relaxed spirits as he addressed the press and media on Thursday morning, ahead of City’s Good Friday match against Burton Albion.

Having enjoyed a well-earned rest over the international break, the left-back - who turned 28 on Wednesday - explained that the Bluebirds squad aren’t burdened by any additional pressure, with nine games of the season now remaining.

“We just need to focus now and keep on doing what we’ve been doing - grinding out results,” he began. “I know it’s a cliché, but we’ll take it one game at a time to get to that finish line.”

“I don’t think there’s too much pressure on us,” he began. “We just need to concentrate on what we’re doing and keep doing that for the rest of the season.”

Ahead of Friday afternoon’s clash, Joe looked back to our opening-day victory over the Brewers, as he expects a similarly difficult match this time out.

“It looked like it was going to be a 0-0, and then Ken popped up with that goal,” he said of the reverse fixture. “They’re a good team, especially at home, they set up well and they’re organised.

“I think that’s going to be the same tomorrow afternoon. They’ll be hard to break down and we will have to be patient."

Joe finished by praising the City squad for their performances so far this term, particularly when struck by injury.

“We were not expected to get promotion at the start of the season,” he added. “But I think we can be proud of what we have achieved this season, with the Manager not spending too much money.

“There are players that have come in around the side and played really well. I think everyone that has been called upon, whether it’s in the middle of the park, at the back or even in the striker department - everyone has chipped in.

“The spine of the team has been pretty much the same though, while the likes of Sol [Bamba] and Junior [Hoilett] have both been unbelievable all season.”