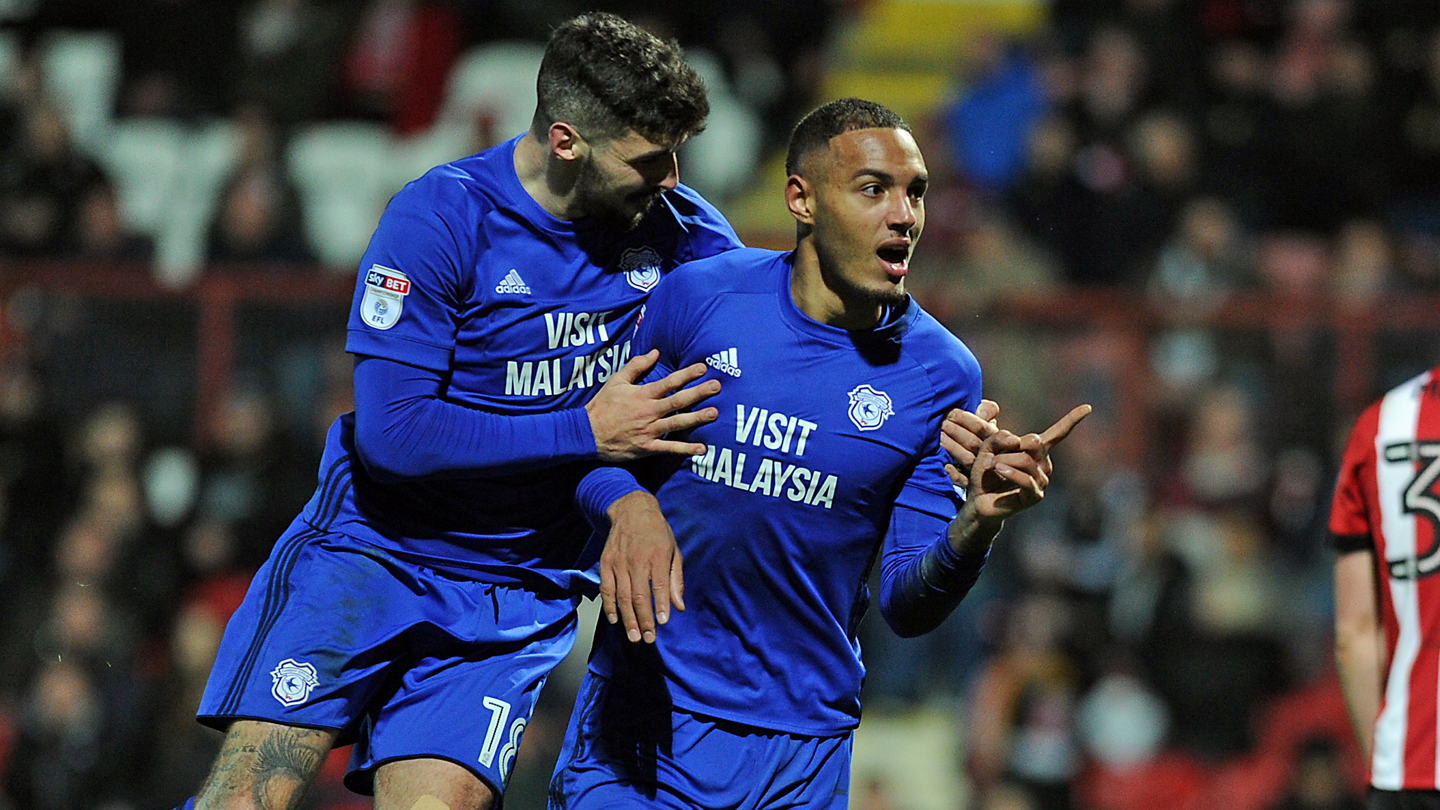 Cardiff City secured a seventh straight league victory with a 3-1 triumph against Brentford at Griffin Park.

Neal Maupay opened the scoring for the hosts after five minutes, but Neil Warnock's side struck back through Sol Bamba, Callum Paterson and Kenneth Zohore to secure an important victory in the Sky Bet Championship promotion race.

The home side began strongly with forward Neal Maupay having their first effort inside 30 seconds - Neil Etheridge with a strong save. There was nothing that the City goalkeeper could do to stop Maupay's strike four minutes later though as Brentford took an early lead.

Maupay was played through on goal by Sergi Canos, who has robbed Marko Grujić of the ball in midfield, with the French forward making no mistake in slotting low into the corner with his left foot.

The hosts continued their impressive opening with Maupay and Ollie Watkins both having efforts blocked in the following minutes. Despite being on the back foot, the Bluebirds had a strong opportunity of their own after nine minutes, with Callum Paterson forcing Daniel Bentley into a save low to his left.

Neil Warnock's men grew into the match and levelled after 25 minutes. Brentford failed to clear a Junior Hoilett corner kick, and central defender Sol Bamba expertly turned in the box with a deft touch before firing a superb volley into the far corner of the net.

Nathaniel Mendez-Laing almost scored for the second consecutive match, but the winger was denied by Bentley at close range on 36 minutes after running clear.

Deep into added time at the end of the first half the Bluebirds completed the turnaround. After forcing an error in the Brentford defence, Canada international Hoilett placed the ball for Callum Paterson to strike from 15-yards, with his powerful effort beating Bentley to give City a half-time advantage.

A deep free kick on 58 minutes helped the Bluebirds increase their lead. Bruno Ecuele Manga's long ball was nodded on by Paterson and then Hoilett with Kenneth Zohore drifting in behind the Brentford defence to place the ball home with his right foot.

The Danish forward went close to adding to his tally with two headers in quick succession. Brentford goalkeeper Bentley tipped over from Zohore after 66 minutes before Nico Yennaris cleared a second headed effort off the line just two minutes later.

The Bluebirds continued their strong defensive display throughout the remainder of the second period. A final chance for the Bees came deep in added time with John Egan firing over the crossbar from eight yards on 93 minutes. Neil Warnock's Cardiff City are now unbeaten in eleven league matches - with seven consecutive league wins.