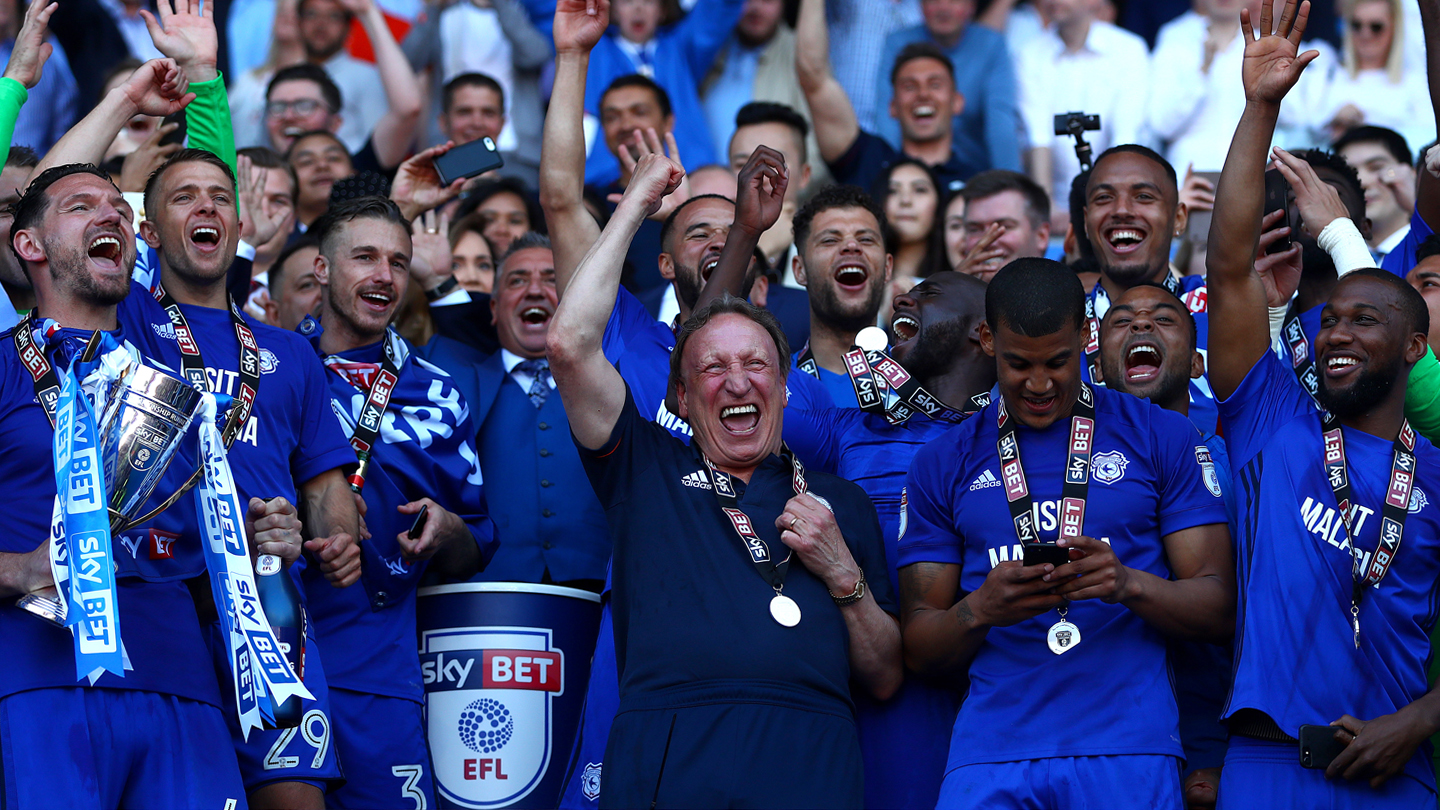 Match report for Cardiff City vs Reading on 06 May 18

Cardiff City drew 0-0 with Reading at Cardiff City Stadium in the Sky Bet Championship and secured promotion to the Premier League.

Neil Warnock made one change to the side that defeated Hull City last time out – Craig Bryson came into the starting eleven.

The Bluebirds’ first opportunity came after 14 minutes through Joe Ralls. Sean Morrison’s long throw from the right flank was cleared away towards the edge of the area and the 24-year-old smashed a volley towards goal – Tommy Elphick headed clear.

Five minutes later, Junior Hoilett came close to breaking the deadlock. From just outside the box, Nathaniel Mendez-Laing passed towards Callum Paterson and he mistimed a shot. The ball found its way to the Canadian who produced an effort that sailed agonisingly wide of the right post.

City had another opportunity on the half-hour mark. Hoilett’s through-ball sent Joe Bennett down the left wing and he delivered a low cross for Kenneth Zohore. The striker was swiftly closed down and his shot deflected into Vito Mannone’s arms.

Eight minutes later, Sol Bamba was unlucky not the convert. Mendez-Laing dashed down the right wing before delivering a low cross - the centre-back could not get a clean connection and Mannone gathered.

After the interval, it took the Bluebirds two minutes to come close. Ralls’ free-kick from around 40-metres found the head of Morrison who diverted the ball on target and Mannone saved.

Mendez-Laing produced some magic to craft an opportunity for himself after 56 minutes. The winger made a dazzling run into the area from the right flank and his low, left-footed effort was kept out at the near post.

The Bluebirds came ever-so near to a goal after 68 minutes through Hoilett. Ralls’ corner found the 27-year-old at the back-post and he mistouched over the crossbar.

Five minutes later, Zohore looked to create something out of nothing. The 24-year-old made a surging run from central midfield, down the right wing and shot on goal from a narrow angle at range, with Mannone gathering.

Reading had to scuffle the ball off their line twice after 83 minutes. Bennett sped into the area before producing a low through-ball to Paterson whose effort was scrambled away towards Zohore. The striker turned before striking on goal and his attempt was cleared away by the defensive wall.

No clear-cut opportunities arose for the remainder of the game and the affair concluded in a stalemate. The result, and Birmingham City’s 3-1 victory over third-place Fulham, sealed the Bluebirds’ promotion to the Premier League in the final game of the season.