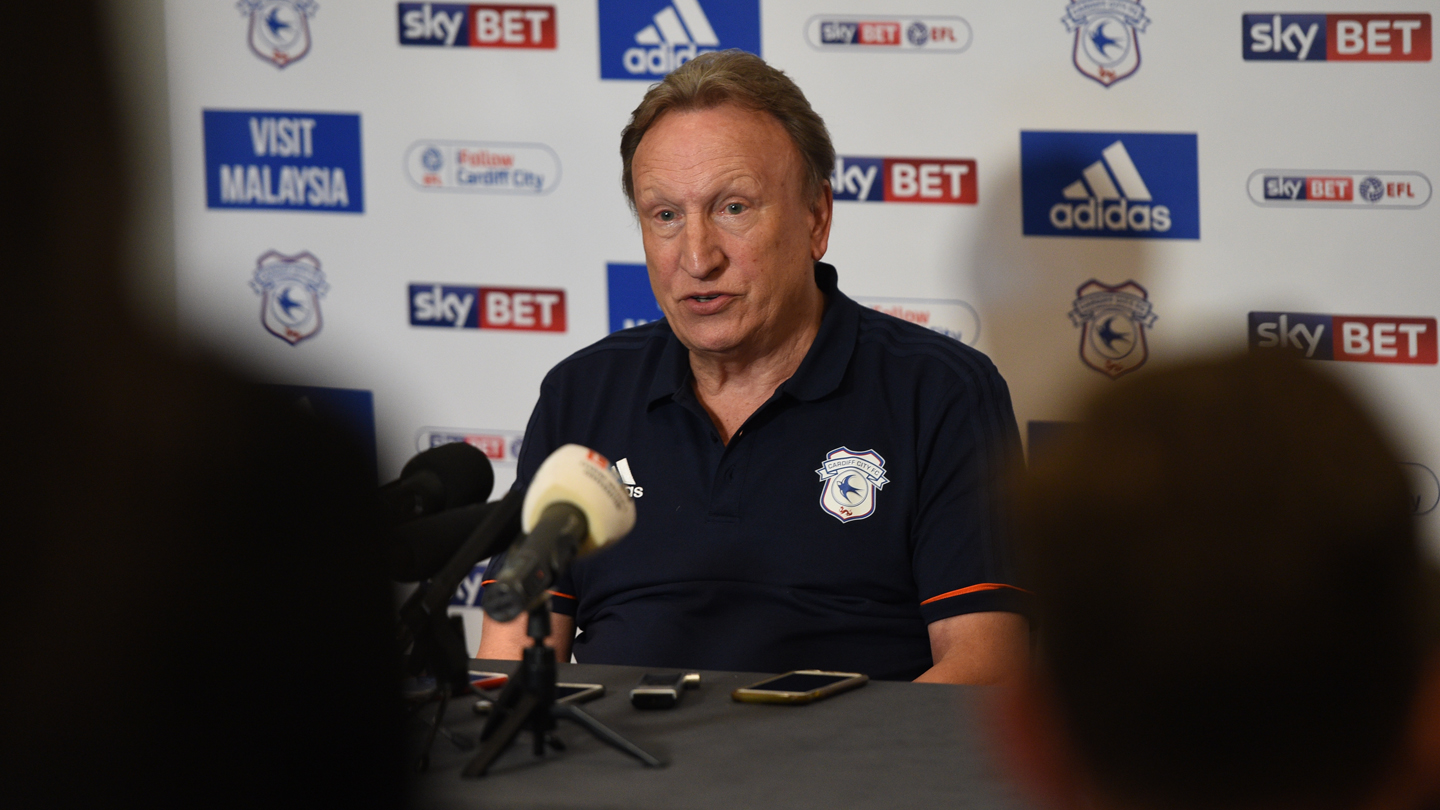 Neil Warnock held a pre-match press conference on Friday, ahead of this Sunday's all-important clash with Reading at Cardiff City Stadium.

And the Gaffer began by explaining how his troops have already surpassed all expectations this season in his eyes.

"We're not daft, with the wage structure and what we spent, we never envisaged that we'd be where we are, if I'm honest," began Neil. "We always planned to try and be in that top ten at Christmas time and be pushing for the top-six come April to try and get in the Play-Offs.

"All credit to the lads, they've really taken everything on board and we've worked hard. We know we're not everybody's cup of tea, but it seems to be that mentality that has made us stronger.

"We keep getting kicked in the teeth and we keep bouncing back up, and that's surprising a lot of people. It doesn't surprise me though, because of the quality of the dressing room - it's as good as I've ever had."

Paul Clement's Reading make the trip along the M4 with a slim chance of dropping into the Sky Bet Championship relegation zone, and Neil went on to explain the threat that they could pose this weekend.

"Every game we play in the Championship, there's a threat," he said. "I'm afraid this division is like that. We've just got to do the best we can. If it's good enough, great - it will be a fabulous day. If it isn't, then we've got another chance. I think we've just got to look at it like that.

"If anyone had said, coming into the last game we've got a chance of getting into the Play-Offs with a win, I'd have snapped your hands off. So, to have the chance for automatic promotion, and a record points tally that the Club has had already, I think it's a tremendous achievement for the lads."

The Gaffer also issued a rallying call to the sell-out home crowd set to pack out CCS to cheer the boys on on Sunday afternoon, adding: "I think it will be a great atmosphere - that's what we want!

"We want our crowd to be vociferous and get behind us, not just when we're playing well, but when we're not playing so well.

"We need the crowd on Sunday more than ever before. I hope that - once they've stopped biting their nails - they get loud and right behind us!"

Watch more from the Gaffer on iFollow Cardiff City above...