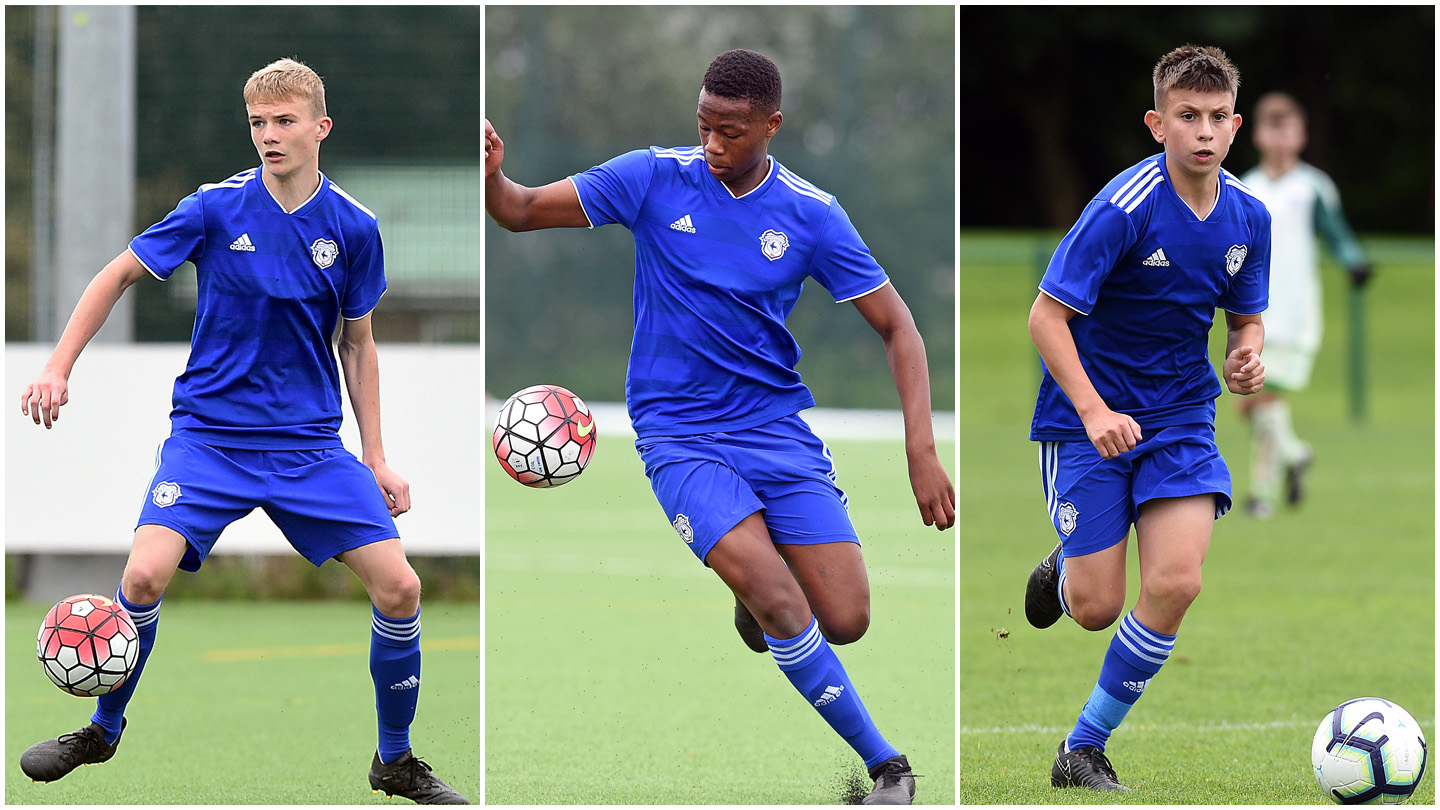 Following the recent announcement that academy players Taylor Jones, Ethan Vaughan and Siyabonga Ligendza would be in the Wales U16 squad for the Victory Shield, we caught up with Lead Youth Development Phase coach Dane Facey to discuss the trio’s inclusion in the squad...

“It is a fantastic achievement for our players,” Dane began. “At any age, to be chosen to represent your country at international level, it is massive.

“The Victory Shield is a long-standing competition that provides players with excellent experiences in a great environment for our players to test themselves against our neighboring countries. We are extremely proud to have three players involved for this event next month.

“The players have shown a real dedication to their individual development over the past eighteen months, they are very committed to becoming better players, and I know they have what it takes to perform at this level. All three embrace a challenge and I’m sure they can take advantage of the experiences they will gain from being a part of the tournament.”

“Ethan and Taylor have been fortunate to have been involved in the Wales national squad for the past eighteen months and I would class them as experienced players at this level.

“Both have a very mature mindset for such a young age and are passionate about playing for their country, they’ve been in our system since they were seven years old and they represent a lot of the values we have believe in at the academy.

“Siyabonga will be representing his country for the first time and could be viewed as a ‘wildcard’ for the national squad; his form this season has been impressive. He’s scored eleven goals and got some valuable minutes in the U18 side, so he’s capable of making an impact.”

After being called up to the squad, we spoke to academy players Taylor Jones and Ethan Vaughan, who both expressed their pride at the chance to represent their country.

“As a proud Welshman it is an honour to get called up,” explained Ethan. “To represent your country at any level is a huge opportunity. I am very excited to be travelling away with the squad once again to Ireland after two successful trips in Moldova and Slovakia.

“I have been in the 2003 squad for some time now and have enjoyed every minute of it, so now having the opportunity to represent my country once again is unbelievable.”

“It’s an honour to be selected," added Taylor. "To play in such a prestigious tournament as the Victory Shield, represent Wales and Cardiff City FC is something that I am looking forward to.

“I’m looking forward to testing myself against players from other countries and the focus is to come out on top and to win it.”

Dane concluded the interview by wishing all three players the best of luck ahead of the competition, which will start on November 12th in the Republic of Ireland.

“In the past four seasons, we've had fourteen players involved in the Victory Shield, which we believe is the highest at this event for an individual club in the UK. It is a positive indicator for us to know that, we have players capable of competing with the best from other countries.

“Our academy environment encourages a competitive mindset, and these skills are hopefully beneficial to our players when they represent their country at international tournaments.

“Everyone at the academy is delighted for the players on their selection and we hope they fully embrace and enjoy their experiences next month. These players deserve their opportunity and we wish them the best of luck at the tournament.”

Make sure to keep up to date with all the most recent news via our official Academy Twitter account, @CF11Academy.