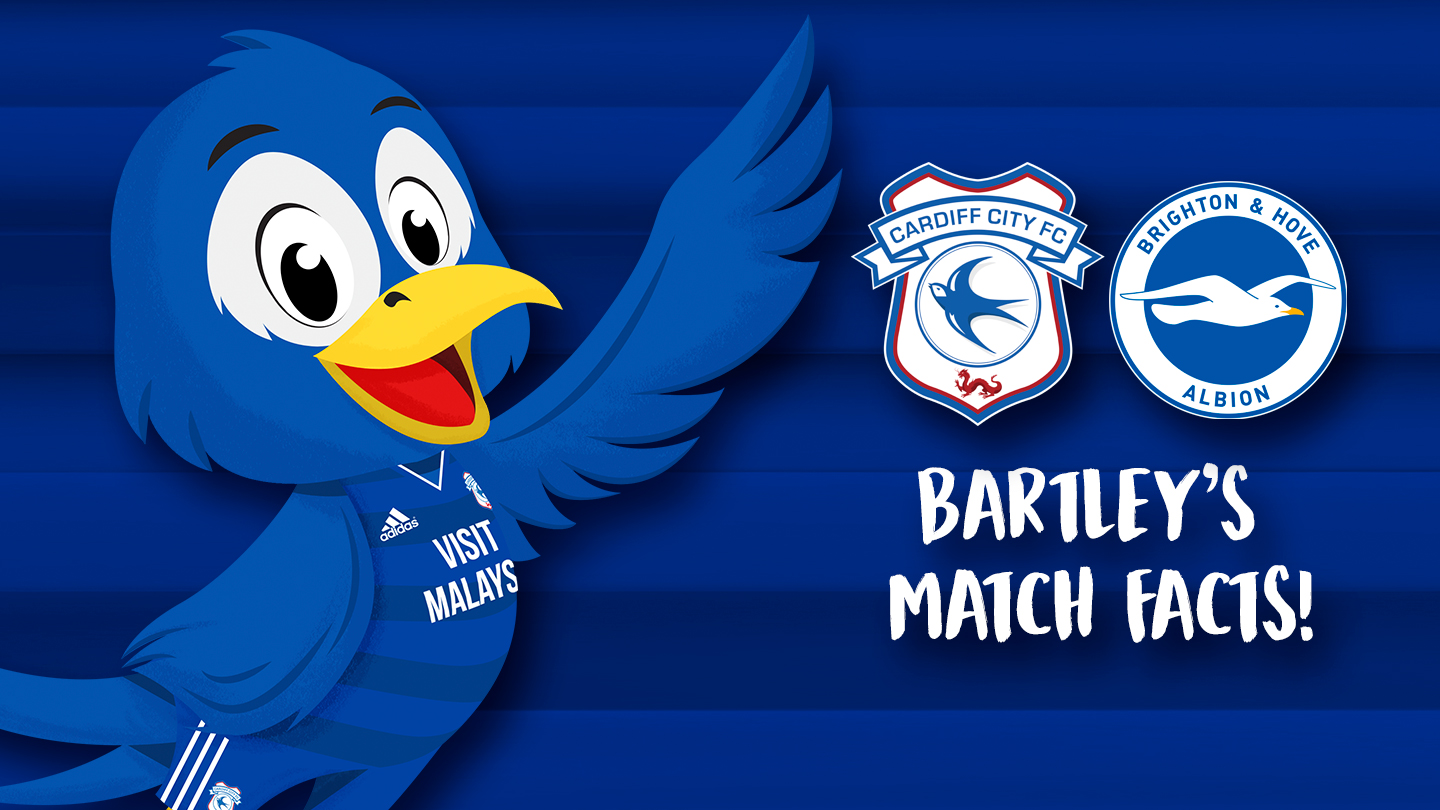 Hey Junior Bluebirds! This Saturday we welcome you back to Cardiff City Stadium as the Bluebirds host our second home game in a row!

This weekend we’ll be playing Brighton & Hove Albion in what will be our first ever Premier League meeting with the side! With that in mind, let’s have a look at some facts about the two clubs!

*Brighton & Hove Albion was formed in 1901, and their nickname is the Seagulls!

*Cardiff City left back Joe Bennett used to play for the Seagulls! In the 2014-15 season Bennett made 41 league appearances for the club, while on loan from Aston Villa.

*The Seagulls were FA Cup finalists in 1983, losing 4-0 to Manchester United on the replay after drawing the first match 2-2.

*Brighton & Hove Albion striker Glenn Murray has the record for the most goals scored by an individual player in a season in the Championship, scoring 30 goals for Crystal Palace in the 2012-13 season!

*The most league points Brighton & Hove Albion have attained in a single season is 95, in the Championship in the 2010-11 season!

*The most league goals Cardiff City have scored in a single season is 95 in the 2000-01 season, when we played in Division Three!

*On December 30th, 2016, Cardiff City’s match against Brighton & Hove Albion at Amex Stadium was postponed due to fog!

*Brighton & Hove Albion manager Chris Hughton has been managing the club since December 31st, 2014! As a player he represented Tottenham Hotspur from 1977-1990 as a full back!

That's all for now, Junior Bluebirds! Check back with me in two weeks' time for more of Bartley's Match Facts ahead of our clash against Everton! Bluebirds!!!