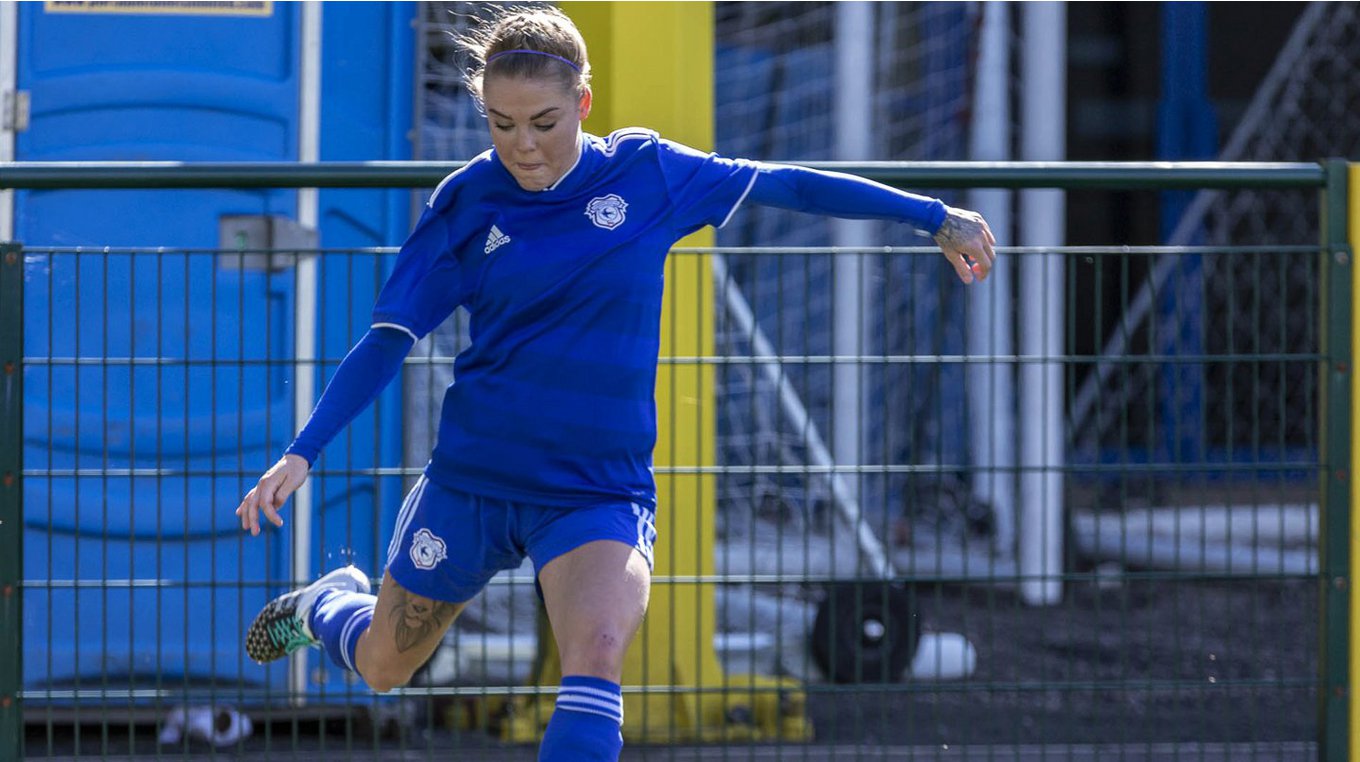 The match is the second consecutive meeting between the sides at City’s home, following the 1-1 draw in the Welsh Premier Women’s League on Sunday, October 28th. It is also the Bluebirds’ opening fixture of November, after last weekend’s match was cancelled, due to Caernarfon Town resigning from the WPWL.

Cardiff City got off to a flying start in the FAW Women’s Cup, defeating Tredegar Town Girls 11-1 in Round One at Ebbw Vale Sports Centre on Sunday, October 14th and will look to continue their fine form of four victories and one draw from six competitive clashes. Port Talbot Town Ladies also took a strong Round One result in this competition, winning 16-0 away to Penrhyncoch Ladies on Sunday, October 21st. They currently sit fourth in the WPWL standings, eight points behind first-placed Cardiff Met, who have played one game more, while City hold fifth spot, nine points off the summit with two fixtures in hand.

Joel Hutton spoke prior to the Port Talbot test, discussing the fixture, preparation and seeing the positive side of having no match for the previous two weekends.

“We haven’t had a game in a couple of weeks and we’re looking forward to playing this weekend,” began Joel. “Obviously, league pressure is off but we’ve got a very tough opponent in Port Talbot in the FAW Women’s Cup and it’s one of four very tough games before Christmas. We’re not looking past this weekend, although we have back-to-back away fixtures and play Swansea at home before the Christmas break.

“It’s a good game for us and a good opponent, so hopefully we can get a better result than we did last time against them. I’d like to hope that this one won’t be similar to last time and we’ve reviewed the footage. We created so many opportunities, but couldn’t put the ball in the back of the net and ultimately that’s what wins games, so it’s something that we’ve addressed over recent weeks.

“Hopefully, with the way that the girls have been training and the things that we’ve been working on will come out in the game at the weekend and if that’s the case, I’m confident that we’ll get a result. There have been no injuries picked up during the break, but there are one or two knocks that we are monitoring and maybe one that will miss out this weekend, but as a whole we’re in a good place as a squad.

“The break has been positive, because we’ve been able to implement a few different things with the girls, but it would have been nice to have game minutes as well, but we’ve trained at every opportunity and trained well. The girls asked to train last Sunday after the game was called off, which is a positive because it shows that everyone is keen to make progress. It’s been positive, but it could have been better if we’d had matches.”

Goalkeeper Claire Skinner returned from international duty with Wales on Wednesday, having been a member of the squad that travelled to take on Portugal in two friendlies and Hutton concluded by revealing that the 21-year-old could play against Port Talbot Town on Sunday.

“Claire’s camp finished on Wednesday, so I’d imagine that we’ll see her at training on Friday. I haven’t had much of an opportunity to speak to her, because I like to leave her to herself when she’s on camp with the international team, while she’s got other things to focus on. I’ll probably drop her a message towards the end of the week to see how camp was and she’ll be in contention for the weekend.

“Training for the amount of time that she does with the international setup demands professionalism. She does add quality and demands a certain level of intensity when we’re training, as we do as coaches and it’s positive coming from a player rather than coming from one of us coaches.”

Lisa Owen, who netted one of the 11 goals against Tredegar Town Girls in Round One, expressed her exhilaration ahead of the FAW Women’s Cup clash, adding: “I’m excited because we haven’t played in a couple of weeks, so it’ll be nice to get back out there. We’ve been doing fitness work to stay match fit, but I do think that we’re strong enough and ready enough for this game.

“Hopefully, it’ll be a better result this time, but we’ll need to avoid giving away silly penalties like we did last time. We’re ready as a team and it’s always a good game against the likes of Port Talbot because they do put up a fight and I’m looking forward to it.”

The right-back concluded: “We’ve done well in the FAW Women’s Cup in the past, so we’re aiming to do well again and hopefully win the competition this season.”