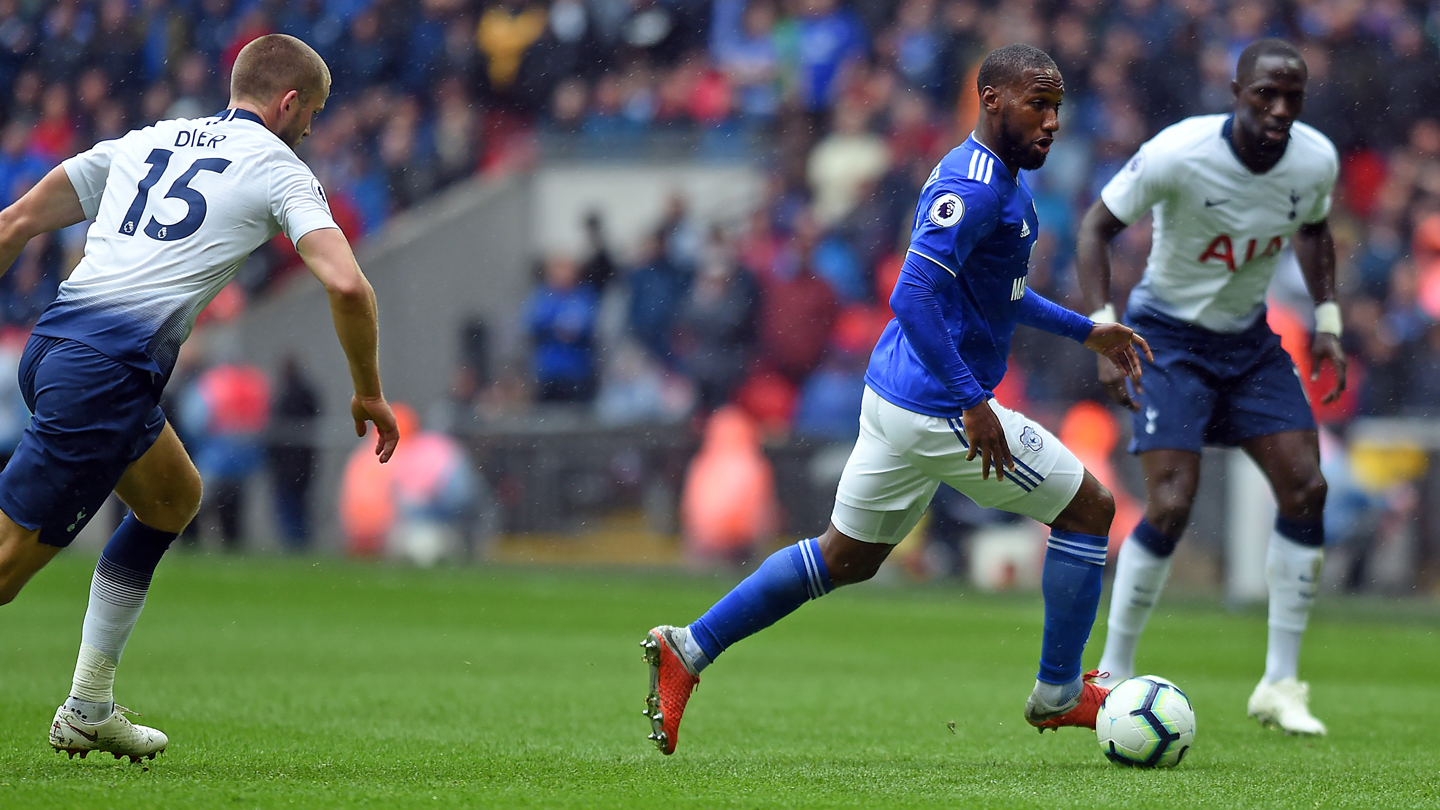 Junior: There's a lot of belief in this squad

Ten-man Cardiff City fell to a narrow 1-0 defeat against Tottenham Hotspur on Saturday, with Eric Dier’s early strike settling the contest, despite a battling performance from the Bluebirds.

City winger Junior Hoilett returned to the Bluebirds’ starting line-up at Wembley Stadium, and, after the match, gave his reaction to the press and media.

“It was a tough one,” began the Canadian international. “We dug in, we were compact and organised as a unit and we minimised their attributes. We showed that we can compete with the top teams away from home. We gave our all, and we were unlucky not to get anything out of it.”

The Bluebirds created some good opportunities despite Tottenham’s status in the upper echelons of the Premier League table, with Sean Morrison and Josh Murphy going closest.

Having almost finished off Murphy’s effort himself, Junior stressed that the lads will continue to give their all in every fixture, with a home clash against Fulham on the horizon after the international break.

“It was disappointing to concede so early, but we created chances that got us back into the game," he continued. We had two chances that we could have capitalised on. The goalkeeper made a great save and they had a great clearance off the line; I thought I almost had that one too.

“We’ve been unlucky for a couple of weeks, I thought we should have got something against Burnley last week. We showed with our performance [against Tottenham] that we can get the points, but we just have to keep going and I’m sure they'll come.

“We just have to take the positives out of the game - like how well we defended - and move onto Fulham. There’s a lot of belief in this squad, and you can see that from the game [on Saturday]."