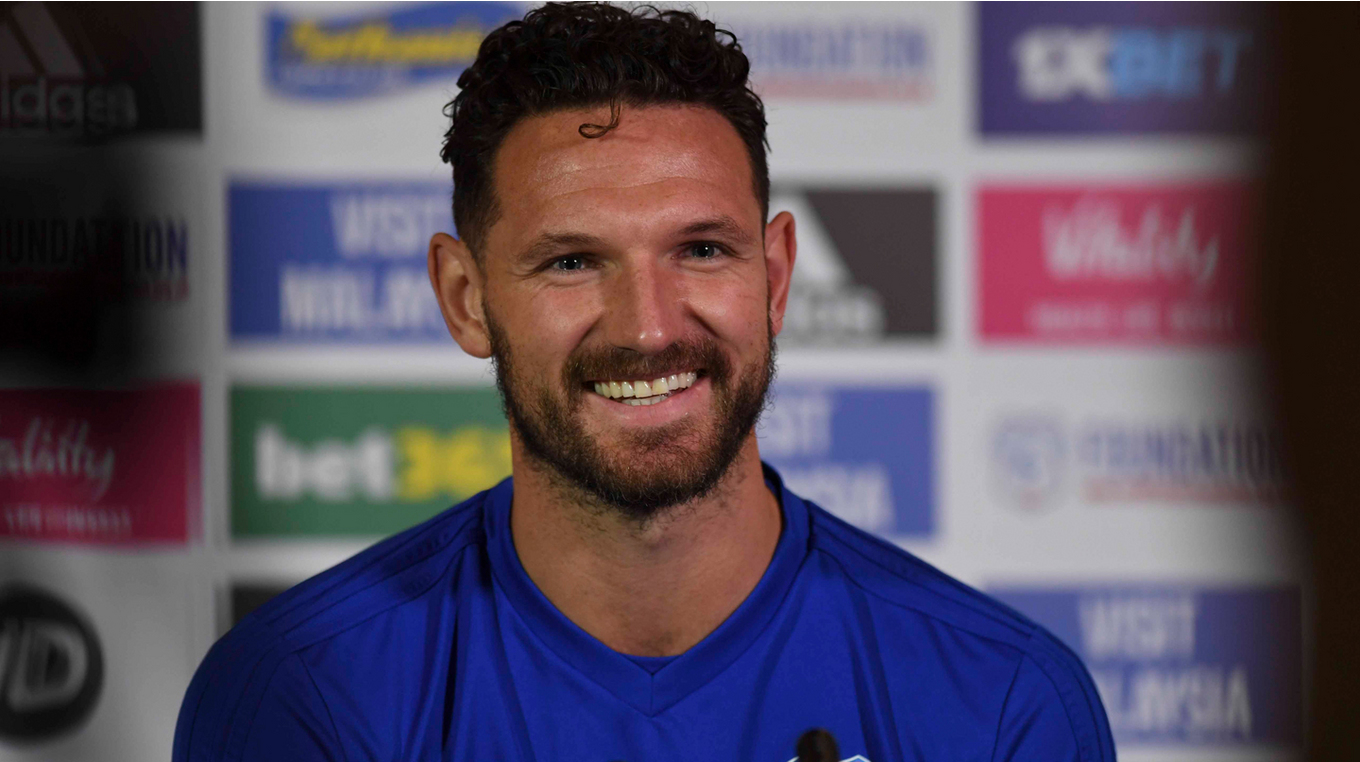 Morrison: We'll take the game to them

Sean Morrison joined the Gaffer for press conference duties on Friday morning ahead of Saturday’s trip to Tottenham Hotspur.

The City skipper began by speaking about Neil Warnock’s impact on the Club as we mark his two-year anniversary with the Bluebirds.

“It’s been lively,” smiled Sean. “He’s been fantastic. It’s gone quickly but I remember the first time he walked into the building when we were going through a tough time right at the bottom of the Championship.

“He’s come in, changed it round, brought in good players and staff, and lifted the Club as a whole. We’re all pushing in the same direction and a lot of the success we’ve had is down to him.

“It’s been a fantastic two years, for me personally and everyone involved with the Club. I hope we can put in the performance that he deserves to make him proud and hopefully get a result on Saturday.”

City’s no. 4 also reflected on the Bluebirds’ start to their Premier League campaign, highlighting the areas in which they need to improve ahead of Saturday’s clash with Spurs.

“We’re disappointed, especially as a defence, to concede the goals that we have - it’s not been good enough," he admitted. "It’s just about keeping spirits high. We’ve got a fantastic group that believe in each other. We’ve got to make sure that we don’t get too disheartened and keep working hard.

“With the performances we can put in, I’m sure some of the results will change and we can start climbing the table.

“[Saturday’s match] is a massive game, and a spectacle to play at that stadium against such a good team in Tottenham. If we can go there and do what we know we can, it just gives us a chance. Hopefully we can lift our games and we’ll take it to them.”